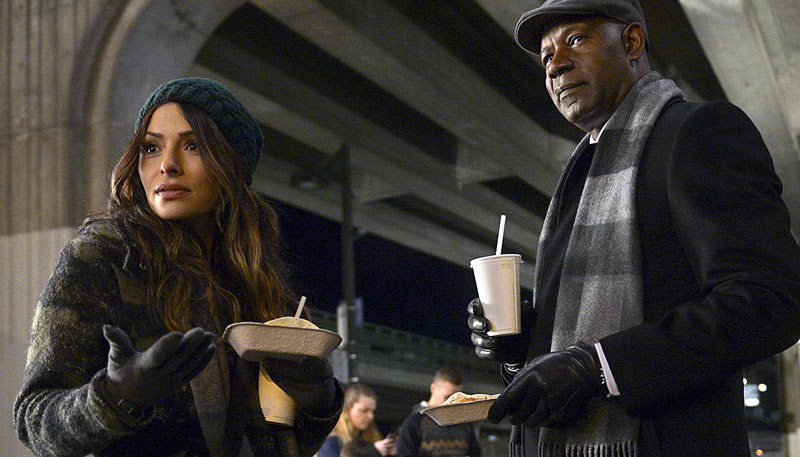 In news that I’m happy about, NBC has given a series order to Mickey Fisher Reverie for its 2017-2018 broadcasting slot.

I shared news about the pilot order for Reverie, back in January, and now with NBC giving it a series order, I’m looking forward to the world that Mickey Fisher will be creating.

The sci-fi show stars Sarah Shahi as Mara Kint, a former hostage negotiator who is also an expert on human behavior. She ends up becoming a college professor after a personal tragedy. However, she is brought into a case to “save ordinary people who have lost themselves in a highly advanced virtual-reality program.” Said VR program allows people to live in their dreams. While saving people, Mara might find a way to save herself, too.

Mickey Fisher will serve as the writer and executive producer for Reverie. Brooklyn Weaver, Darryl Frank, and Justin Falvey will also serve as executive producers. Tom Szentgyorgyi is the consulting producer. The pilot was directed and executive-produced by Jaume Collet-Serra. Universal TV will be producing the show with Amblin.

Having reviewed Mickey Fisher’s first series Extant, a two-season series that starred Halle Berry, I can’t wait for Reverie. While Extant season one had some pacing issues, season two was much better. So, let’s see how the upcoming series fares.

Reverie, similar to Extant, also has a WOC lead who seems to be a capable figure in her field. And while the cast of Reverie is diverse, fingers crossed it is also queer-inclusive, something that Extant lacked in. I have high hopes for this series and have already added it to my ‘must-watch’ list.

In other news, NBC canceled Emerald City, Limitless, Powerless, and The Blacklist: Redemption.

What are your thoughts about Reverie? Will you be watching it? Let us know.