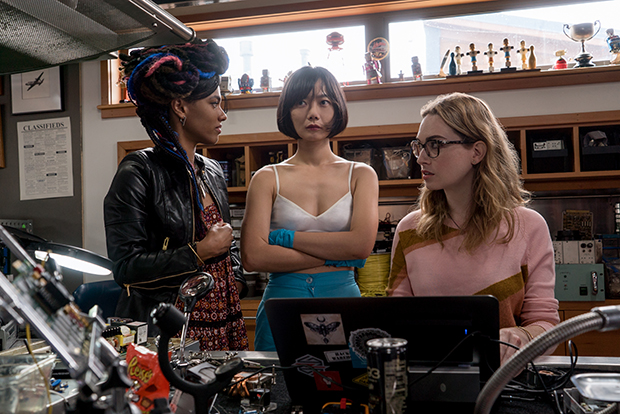 Netflix’s lovably bonkers sci-fi show Sense8 is back for a second season and it’s even better than the first. Gone is the lagging mess of complicated exposition that bogged down Season 1. Season 2 of Sense8 is sincere, sexy, and super fun.

Sense8 season 2 picks up where the Christmas Special (which is technically part of the season) left off. The cluster – or more specifically Will and Riley – have to decided to stop running and smoke the menacing Whispers out of hiding. Although Whispers is a fascinating villain, it’s revealed fairly quickly that he’s not the real problem. He’s just the guard dog; they need to figure out who’s holding the leash. The search to uncover the depth of the conspiracy against sensates is the thread that flows through the season, and while it’s an enticing thread, it’s again the individual character’s journeys that really keep you hooked.

The Christmas Special was a godsend for this season because it did all the heavy lifting in linking Season 1 to Season 2. There was so much stuffed into that two-hour special that could have bloated the rest of the season, but with that all said and done there’s nothing to left to do but jump right into the action, and there’s a lot of action.

Season 2 does a decent job of fixing a lot of the pacing problems from the first season. Season 1 was structured like a movie, so most of the pay off didn’t really happen until the end, leaving early episodes bloated with exposition. That’s not to say I didn’t love every long, drawn-out second I had with the characters in Sense8, but it was still nice to see them work with the structures of TV, giving each episode a clear goal beyond the big season arc.

As well as improved pacing, each character gets a pretty decent individual story this season. The characters that get the least personal development are Wolfgang and Riley. Wolfgang’s personal arc is mostly tied to his romance with Kala – otherwise the whole German gangster war gets very little attention. He did get a lot of focus during the Christmas episode, and they do use his time wisely investigating the growing connection to other sensate clusters. Riley gets a lot to do – she carries much of the big overarching mystery – but that sometimes comes at the expense of her personal character growth. Nomi, as well, got a little less focus this season but the stuff she did have, especially in connection to her sister, was lovely. 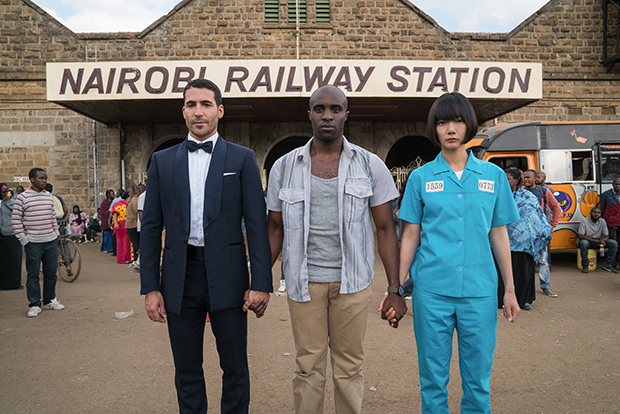 Characters that were backgrounded a little in Season 1 finally get a chance to shine. It was great to see both Sun and Capheus get a little romance; they missed out on that in Season 1 and I am always a sucker for romance. Capheus’ political storyline was rather idealistic, but that’s when this show is at its best. Emotions are heightened, everything is extreme – like Sun’s story, which is essentially about the consequences of being a woman but with added murder and a seriously cool car chase. Like, oh my gosh it was so cool, and I’m not usually one to gush about a car chase.

Really though, it’s the way the cluster connects that makes this show so genuinely lovely. In the first Season they had to spend a lot of time figuring out where their place was in the group, but in Season 2 it’s already established. They work together like a well-oiled machine and every time one of the cluster turns up to help another at just the right moment it elicits this pure euphoria that’s impossible to describe.

Actually, they showed us what it feels like in the show. Lito steps up to protect Dani from her abusive ex and he legitimately looks like he’s going to piss himself, but then Wolfgang appears behind him and he lets out a great sigh of joyous relief as only the delightfully overdramatic Lito could. That sigh, filled with joy and relief and excitement, that’s how it feels every time the cluster team up to kick butt. 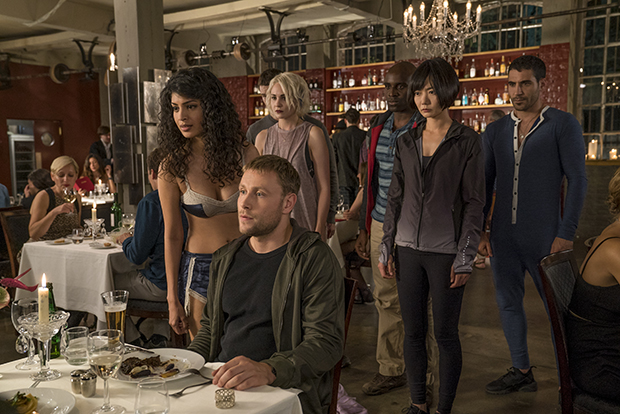 Every character has worth, every character has something to offer and what they offer is so different. This is probably best again expressed through Lito. There was a lot of meta after Season 1 about how Lito helped the cluster feel things; he helped them wallow in a way they wouldn’t allow themselves. This is confirmed in Season 2 when Lito – who has taken to living in a onesie crying about the end of his career, is transported into Sun’s bed. She understandably is having none of Lito’s nonsense because if she’s not crying about the fact that she’s got to kill her only surviving family then he shouldn’t be either. But that’s the point. Lito is there because Sun won’t let herself wallow even though she really needs to.

What this show does so well, that I think a lot of similar shows miss, are the moments of pure joy. Sense8 is dark; there is A LOT of awful stuff going on. Will, the lovable cop from Season 1, has become a drug addict. Sun’s brother is trying to kill her in seriously horrific ways. Capheus is almost murdered in a political assassination. There is some serious shit going down in this show, but that doesn’t mean there are no moments of light, and those light moments are as happy as the sad parts are sad. 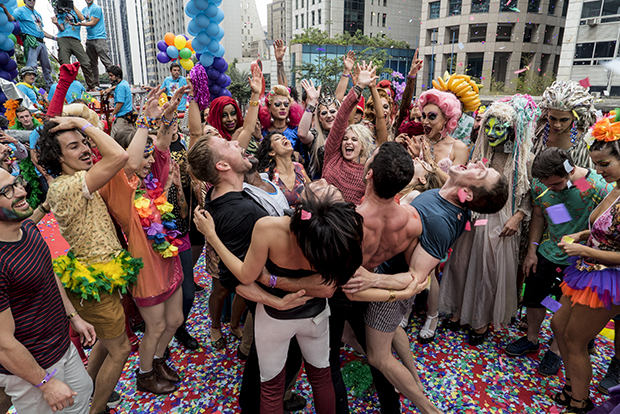 Enjoying the cluster dancing together on a float at São Paulo Pride doesn’t negate all the horrible stuff that’s happening around them. It makes that stuff more significant. None of the characters are ignoring their own drama, or each other’s drama as they dance together, they’re just embracing a small moment of happiness while they can and it’s beautiful. The highs are so high that it makes the lows so much more devastating. And just because bad things are happening doesn’t mean good things don’t mean as much. This show does emotion so well; it’s amazing.

Every single episode has an emotional payoff, but not to be outdone, the finale of this season really takes things to a whole new level. I’m about to mention a massive spoiler so jump out now if you haven’t seen it… I’ve already gushed about how every time the cluster comes together to protect each other it’s immensely satisfying; well, that is nothing compared to how it felt when they all physically went to the same place to kick butt and try to save one of their own. I literally jumped and threw my fist in the air when Will smashed Whispers’ face into that desk. That is how to go out with a bang. Although I swear to goodness if Sense8 don’t get another Season I will picket the steps of Netflix headquarters until it does. That’s how much I care about this show.

Sorry I got a bit carried away there; this show just makes me feel a lot of things.

Here’s the deal with this show: you’re either going to love it or you’re going hate it. Recommending it is ridiculously difficult because it can’t be explained in one or two sentences. Seriously, try it; by the time you get to the psychic orgies everyone thinks you’re a lunatic. My attempts to get people to watch this show have also taught me not everyone has a kink for nice people appreciating each other and working together using their unique skills to fight against the evils of the world. I think you’re missing out if you don’t watch this show but I’m not going to fight you on it.

In the end, if you enjoyed Sense8 Season 1 then you will LOVE Season 2 and if you never gave Season 1 a chance I beg you to try. I know it sounds weird and it is, but it’s weird in a truly amazing way. Sense8 Season 2 a wild ride from start to finish and definitely worth taking a weekend to binge.