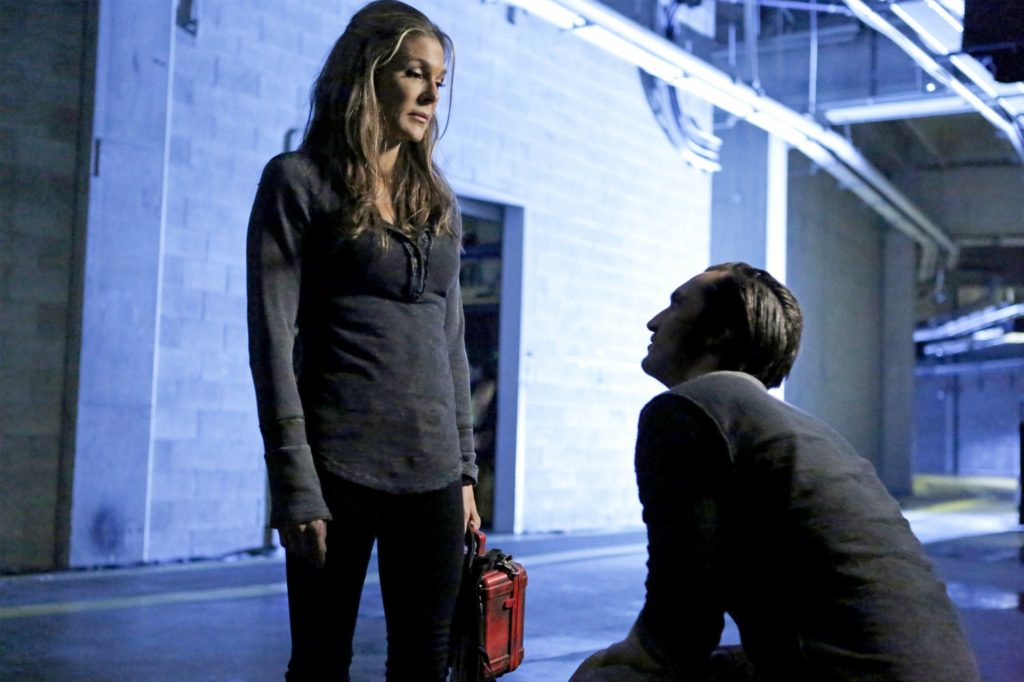 While The 100 has never been a stranger to dark and depressing story lines, “The Other Side” took things to a whole new level.

When last week’s episode of The 100 ended with Jaha and Clarke taking the new bunker in the name of Skaikru, it was obvious that “The Other Side” wasn’t going to have a very positive start, but I was still surprised at how this episode followed one tragic event with another…and another…and another. The most ‘positive’ thing that happened was Sinclair returning to Raven as a vision and helping to convince her that she shouldn’t just give up, that she should try to live…but as I’m still unsure how she’s going to accomplish living in the long run, what with the radiation fast approaching, I’m not sure what good her current arc is going to do. 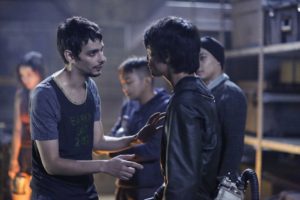 But while Raven was deciding to live, Jasper and quite a few other people chose to die. Honestly, “The Other Side” should have had a trigger warning for suicide stamped on it for just about everything that happened in the ruins of Arkadia. I suppose I’m just upset that the Jasper I knew and loved from the beginning of the series turned into such an annoyingly awful character…and then he never turned back around and now he doesn’t have a chance to. Because Jasper is gone, though to be honest the most upsetting things about his death were its manner (suicide) and my concern over how Monty will be affected. 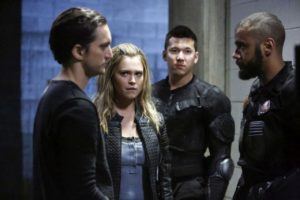 Now, not that Raven and Jasper (and of course Monty and even Harper) aren’t important, but their situations weren’t really the focal point of “The Other Side”; how could they be, with the fight for the bunker going on at the same time? I was worried that this would be drawn out, possibly even left as an end-of-the-season cliffhanger, but thankfully that wasn’t the case – thanks to the fact that both Bellamy and Abby had people they loved trapped outside, they worked together to get the door open and let the Grounders into the bunker.

Of course this is The 100, so there’s still no such thing as ‘all’s well that ends well’. Each of the tribes only gets – you guessed it – one hundred spots in the bunker. With next week’s episode being the season finale, will we actually find out who stays and who, well, goes? Let us know your thoughts in the comments!

Previous:Steven Universe 4×25 Review: “I Am My Mom”