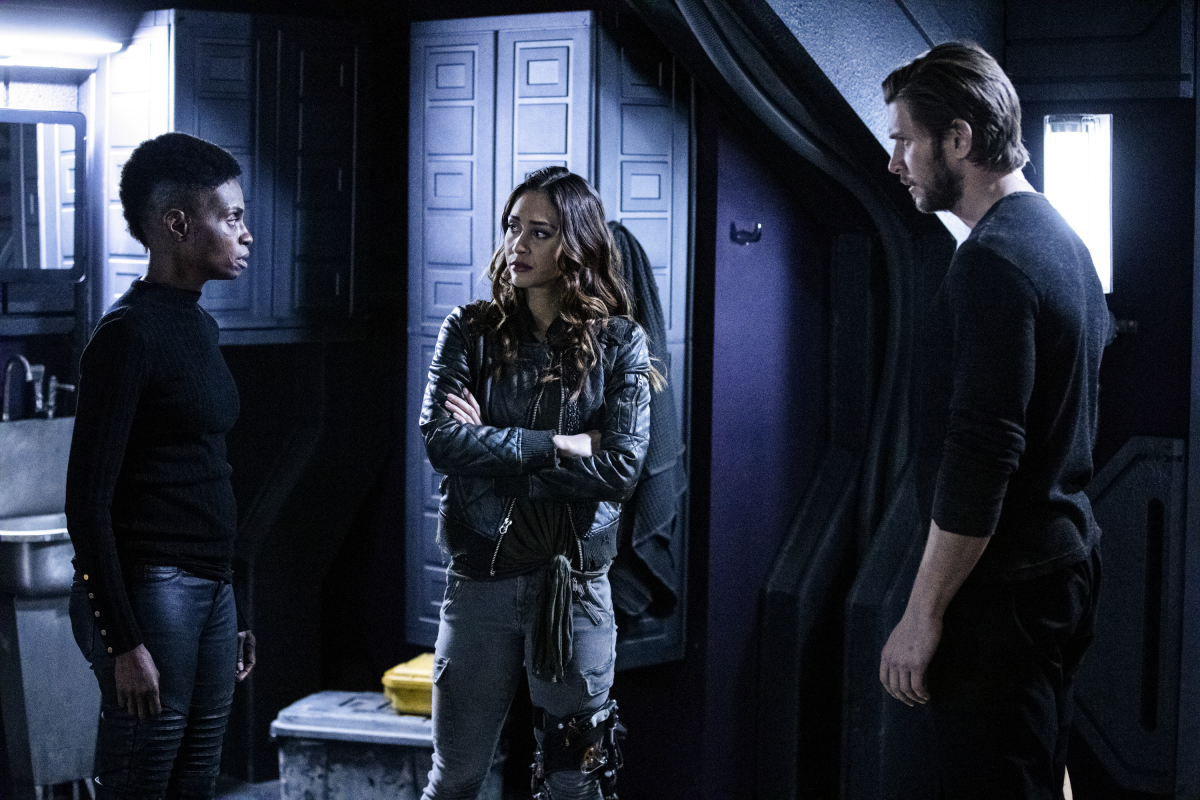 “What You Take With You” is an episode that focuses heavily on introspection and doing the just, moral thing – but also trying to figure out what the moral thing is. With Octavia forced to confront her demons and Kane struggling to deal with his new reality, this episode is full of unbelievable performances, even if it does little to advance the story.

When we last left our heroes… “What You Take With You” is very much a story of redemption – or at least the pathway towards it. Octavia’s path is just beginning, with her forced to confront her dark side as the first step to forgiveness. Kane’s, meanwhile, has ended as he sacrifices himself in order to stop whatever the Primes are doing.

The ship’s plot felt like vintage The 100. I mean, just look at it! This was some Season 1 stuff right here, just with different characters, as we sit and debate the morality of whatever momentous thing is happening right now. (Also, in true The 100 fashion, everyone was just a little bit self-righteous and hypocritical as we discuss it.) Kane is obviously not happy that some poor innocent man was sacrificed for him, and he doesn’t agree with a society that would brainwash their people in that manner. Indra brought up some good points that neither of their societies were any better, and for a while I worried she would side with the Primes. But they are trying to be better, and if they follow down the same paths, they never will be.

I’m starting to wonder if the lesson learned this season is that there is no “better”. Life is just always horrible, no matter where you go. Everyone is risking their livelihood fighting a sense of justice, and even though I agree with their beliefs, is it worth it, in the end, to perpetuate the cycle?

As an aside, I was bowled over when Indra started reciting the Traveler’s Blessing. That’s an amazing melding of cultures that emphasizes the kind of relationship she and Kane had. 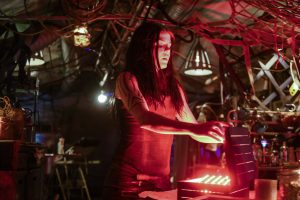 Now, to hit you over the head with symbolism, Xavier drugs Octavia to jog her memories of what happened in the anomaly, but all it does is trigger her self-reflection. The poetic justice in having Pike, of all people, confront Octavia and force her to look back on her actions was actually pretty well done. Killing Pike is what broke Octavia inside; Lincoln’s death left her open for the darkness, but choosing to kill Pike in cold blood was the first step on her path to Blodreina. Plus, his original role on the Ark was a teacher, so I felt that it was a fairly effective callback to use him in this manner.

After literally destroying the embodiment of her dark side, Octavia is ready to redeem herself. Now, which will she choose – to stay with Xavier and wait for Clarke (and presumably Bellamy), or to journey back to Sanctum and help the rest of her people? If I had to wager a guess, I say she’ll make for Sanctum. That’s where she’ll be the most useful.

With Bellamy and Josephine/Clarke captured by the Children of Gabriel, we are starting to see more evidence that there is some human in Josephine. The tone of her voice when she admits to still being in love with Gabriel (over 250 years! Girl, it’s time to move on), and the look on her face when Bellamy tells Clarke that he won’t let her die seemed to prove that she’s not as entirely cold-blooded as she appears. I mean, she’s still a sociopath, but she’s a sociopath with issues, and a flawed villain is way more compelling than one that’s evil for evil’s sake.

As I said, “What You Take With You” had some amazing acting in every storyline. First, I have to give some serious credit to Greyston Holt, aka Kane v2. Did Henry Ian Cusick coach this man? Because he had Kane’s mannerisms and cadence down cold. I totally believed that this was Kane in every scene. Speaking of, Henry Ian Cusick’s brief return just to give that emotionally-charged farewell was stellar. Marie Avgeropoulos did a fantastic job portraying both Octavia and Blodreina as she battled herself. And Eliza Taylor so seamlessly slipped from Josephine to Clarke that I didn’t even catch it until Bellamy said something.

As much as I’m enjoying this season (much more so than Season 5), I am weary of the cyclical nature of this show. “What You Take With You” seems to hammer home that there will always be a fight. With at least one more season to come, you just hope that these characters can find some peace.