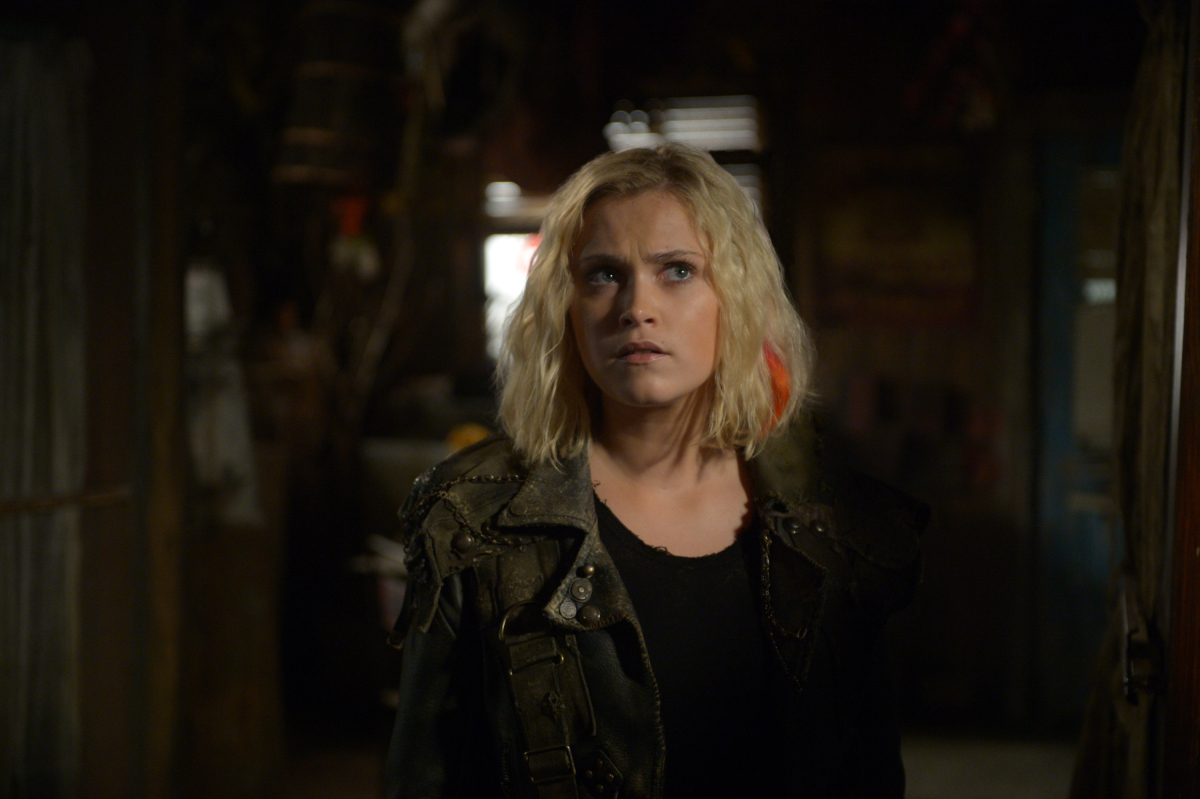 The 100 journeyed into the dark recesses of Clarke’s brain in “Nevermind”, where her subconscious faced a battle of wits (and fists) with Josephine for control of her body.

“Nevermind” takes place almost entirely within Clarke’s head, as she wrestles with the decision of whether or not she should actually continue fighting, or if she should just cave in and let Josephine win in order to save her people. I was saddened when it seemed as though Clarke was willing to give up. She looked gutted when she realized that Bellamy had taken the deal. But Josephine’s accusation that it never occurred to Clarke to sacrifice herself was hollow; Clarke did sacrifice herself in Praimfaya. She had no idea that her night blood would work.

Clarke’s guilt is nothing new. She has been struggling with the consequences of her decisions and actions for as long as The 100 has been on the air. So, honestly, I wasn’t entirely on board with another full episode of why Clarke is such a bad person. However, the visuals and the cameos more than made up for it, plus we got glimpses of what Josephine is like as a person. Spoiler alert: she’s kind of racist and elitist. (Although I will say, that guy’s suicide was not on Josephine. He was such a typical Nice Guy and his issues are not her fault.) It also highlights the fact that if and when it comes down to a fight, Skaikru is going to dominate the people of Sanctum. They are battle hardened warriors. 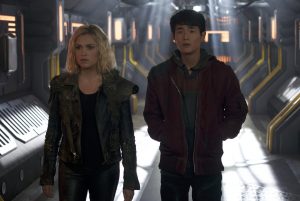 I really enjoyed this episode from a visual standpoint. The different sets representing the different seasons, and how Clarke’s outfits and hair changed every time she stepped into a different room, were just phenomenal. (And did you catch that the alerts were tailored to the setting? Collision warning, radiation warning, etc. Brilliant.) Also, how amazing was it that “Nevermind” brought back not only Monty – naturally the voice of reason – but also Clarke’s dad? That was someone I never thought we’d see again. Though Monty was by far my favorite part of the episode – hacking into Josephine’s mind space and figuring out how to send a message to Bellamy. No lie, I teared up when Monty arrived. I miss him.

What I find really interesting is how much of a presence ALIE still has in Clarke’s mind. She was able to save Clarke’s memories because of the neural mesh (this giving purpose to that ridiculous City of Light storyline). But it’s more than that; the EMP is not how ALIE’s network was removed from Raven. The EMP fried the chips, but it’s not Clarke’s consciousness that’s on a chip – it’s Josephine’s. Setting off an EMP will kill Josephine, not Clarke. Either Clarke doesn’t seem to realize this, or she’s just a very good actress. ALIE manipulated her memories to benefit Clarke over Josephine. Could ALIE possibly come back in the future?

Have you seen “Nevermind”? What did you think?