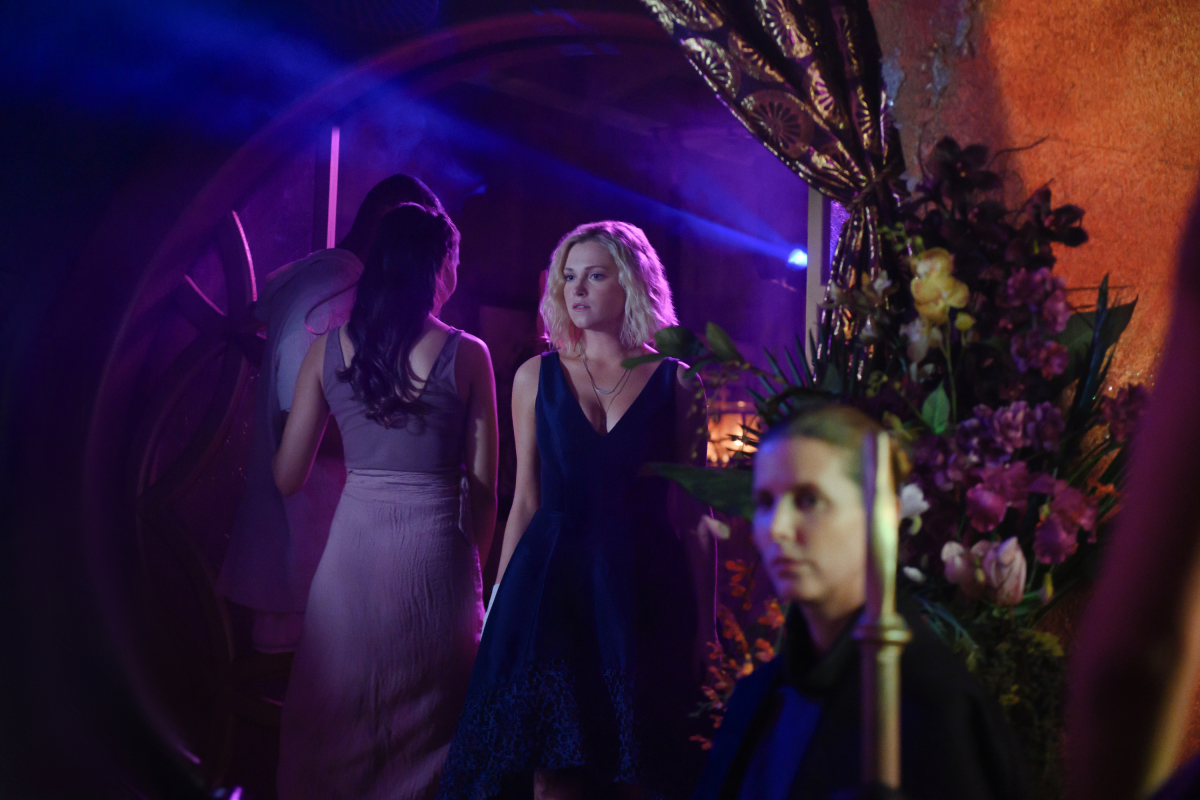 Don’t pay attention to the man behind the curtain. There’s nothing to see here. It isn’t difficult to tell that everything is not as it seems in Sanctum. In “The Face Behind the Glass”, the Primes go to great efforts to make everything happy and celebratory, but that creeping sense of dread isn’t far behind.

The theme of “The Face Behind the Glass” is redemption. In this future society thousands of light-years away from Earth with its religion that’s eerily like Catholicism, it is Naming Day, and Naming Day is about rebirth. This leads to an amends tour from Clarke, who first approaches Raven, then Bellamy, to apologize for leaving them to die in the fighting pits. Clarke wants to use this as a chance to start over…which is sadly a tale we’ve heard before. The 100 is nothing if not cyclical. Something tells me that by the end of the season, Clarke will have yet another impossible choice to make.

Just once, it would be nice if someone else had to make the impossible choice.

Octavia also seems to be out for redemption, doing her best to protect Rose from the Children of Gabriel. (Although I’m sure this is at least partially self-serving, as an attempt to barter her way back into Sanctum.) Unfortunately, her efforts are in vain. A rescue mission launched by Rose’s bodyguard, with the help of Diyoza, goes awry and Rose is caught in the crossfire. I suspect that this death will put another crack in Octavia’s humanity. She looked legitimately gutted that the little girl was killed, and this was after she broke someone’s neck. 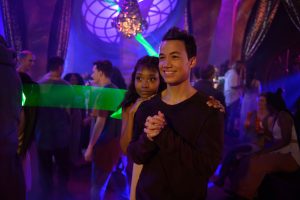 The unnecessarily fast-paced romances in “The Face Behind the Glass” have made this the most CW that The 100 has been in years. Jordan has some serious game for a guy who only lived with his parents on a spaceship for most of his life. Raven seems to be moving on fairly quickly from Shaw. Clarke makes goo-goo eyes at the handsome doctor. But at least two of these relationships are relative to the plot. Handsome doctor Cillian is a spy for the Children of Gabriel, and Delilah’s cold reaction to Jordan after her “ascension” indicates that there is something sinister behind the ritual.

What is so sinister? The Primes have their own Flames – one for each person. But unlike the Flame that Madi is currently hosting, their consciousnesses don’t mingle; the Prime completely takes over the host’s mind. And now, one of those is in Clarke.

There are a few ways that this could go. One is that Clarke’s previous experience with the Flame better enables her to fight back against Josephine’s consciousness. Another is that if they are able to remove the Flame, Clarke will return to normal. The third, which I find the least likely, is that Clarke is just gone, and we get Josephine for the rest of the series. I doubt they will do that; you don’t spend five seasons developing a strong-willed, independent female character only to get rid of her. So my money is on one of the first two, and I’m not sure which one I’d prefer. Perhaps a combination of the two.

Have you seen “The Face Behind the Glass”? What did you think? Is Clarke gone for good? How long will it take for someone to realize that isn’t Clarke?