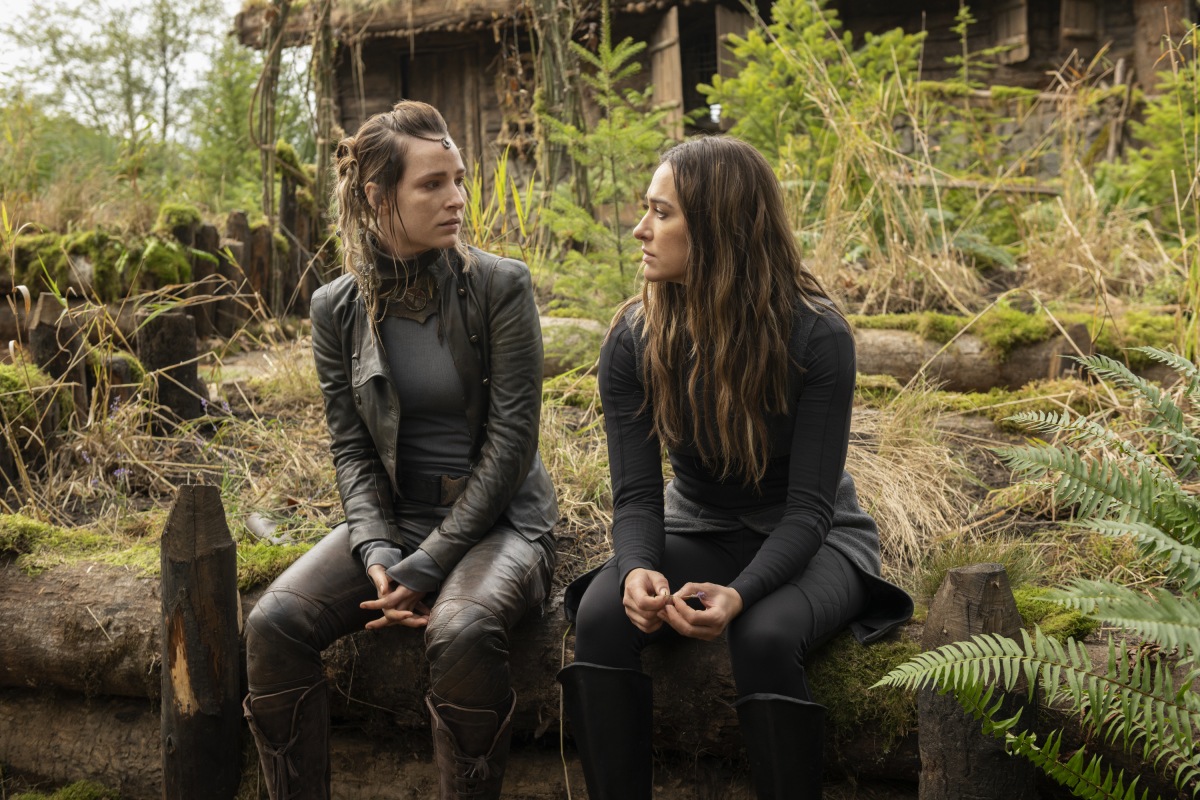 Last week’s season premiere felt bloated, and I wondered how they were going to wrap up all the storylines by the end of the series. By comparison, “The Garden” was slow and almost too empty.

I will say this for “The Garden” – it does give the audience a slightly better understanding of just what the heck is going on with the anomaly. In fact, we spend the entire episode on the other side of the anomaly – or as Hope calls it, The Bridge. I will admit that I’m far more interested in the anomaly than whatever the heck is going on in Sanctum with Sheidheda. However, I felt like this episode didn’t have enough going on, considering there are so few episodes left until the show is completely over.

Despite how empty it felt, I enjoyed this episode much more than I did the premiere. Perhaps it’s because it was mostly about people alone in the woods, but this felt closer to old school The 100 than the show has felt in years. I’m also tired of the Sanctum plot because it’s mostly the past few seasons’ plotlines recycled and presented in a slightly different manner. I hope the others deal with their nonsense quickly and everyone gets onto the anomaly.

Honestly, “The Garden” probably felt empty because I’m used to this show cramming so much into an hour that a regularly paced episode seems out of place.

“The Garden” bounces back and forth between the present – with Echo, Gabriel, and Hope – and the past – with Diyoza, Octavia, and Hope. It drops just enough information to avoid confusion but still manages to leave some mystery to keep people’s interest.

In the past, while Octavia is only seconds after Diyoza, she actually shows up three months later and finds Diyoza in labor. The three of them live relatively peacefully for years even as Octavia continually tries to return to Sanctum and Bellamy. Octavia attempting to deliver a note to Bellamy gets them discovered by the Disciples from Bardo – the strangers from the premiere. She and Diyoza are captured but manage to hide Hope in the cabin. 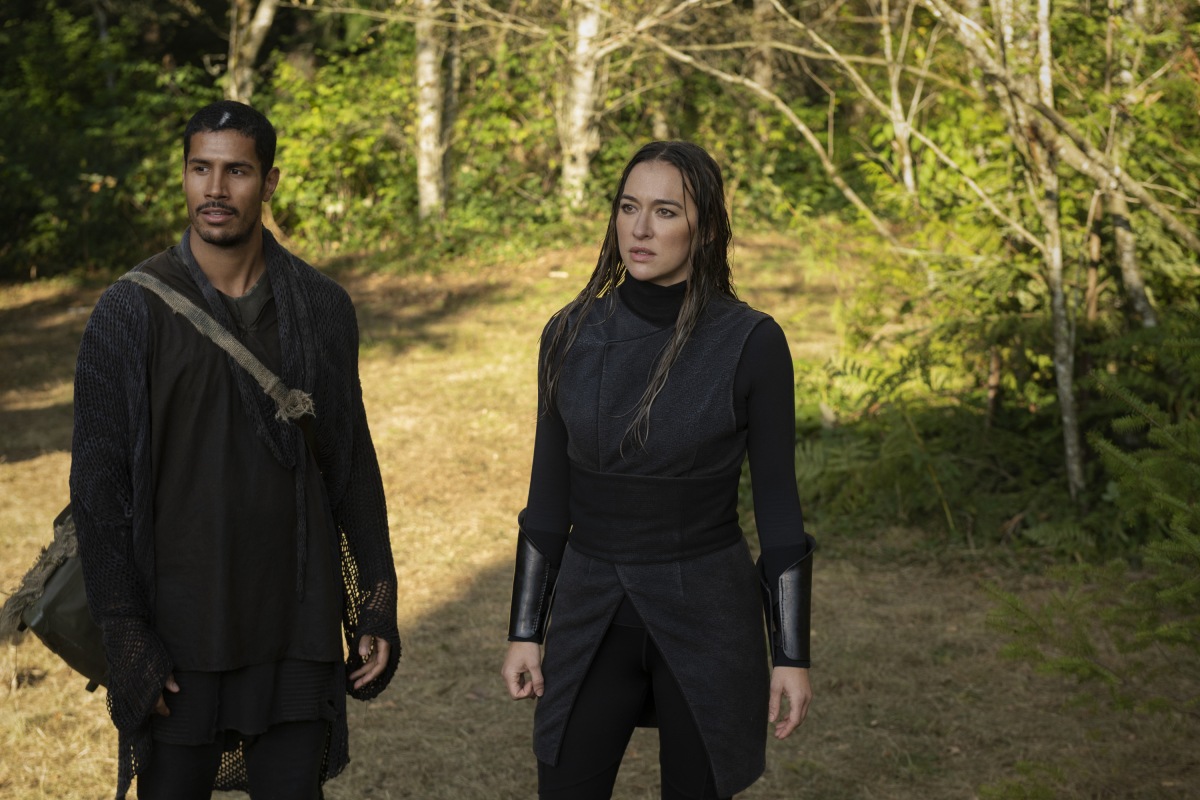 In the present, Echo is eager to find a way to follow Bellamy while Hope is content to sit and wait. We learn that the planet – named Skyring by Hope at age 3 – is Planet Beta, one of the proposed colonies that Eligius was meant to investigate. Gabriel reasons that Bardo is another Eligius colony. Now, I mentioned in my review for last week that tossing aliens into the mix this late in the game would have been ridiculous, but I’m still a little disappointed that everyone is human.

I like what this episode managed to do for Octavia. She has been on a downward spiral since Lincoln’s death in season 3, and while some of it was interesting, after a while I just got tired of her attitude. This episode has gone a long way towards redeeming her; she was able to move past her anger and find happiness. That’s all I want for all of these characters, and I can only hope that this show ends with rainbows and puppies for everyone.

This is The 100 that I know and love – the focus on just a few characters with an emphasis on character growth and world-building. This is what makes such a compelling narrative and why I was so attached to the show at the beginning. The reliance on escalating misery and violence in the past few seasons has really turned me off, and if I weren’t so invested in what happens to these people, I probably would have dropped the show after season 5.

It looks like next week we’re back in Sanctum. I hope this show alternates its focus every week, or the episodes are going to be too busy.

Have you seen “The Garden”? What did you think?