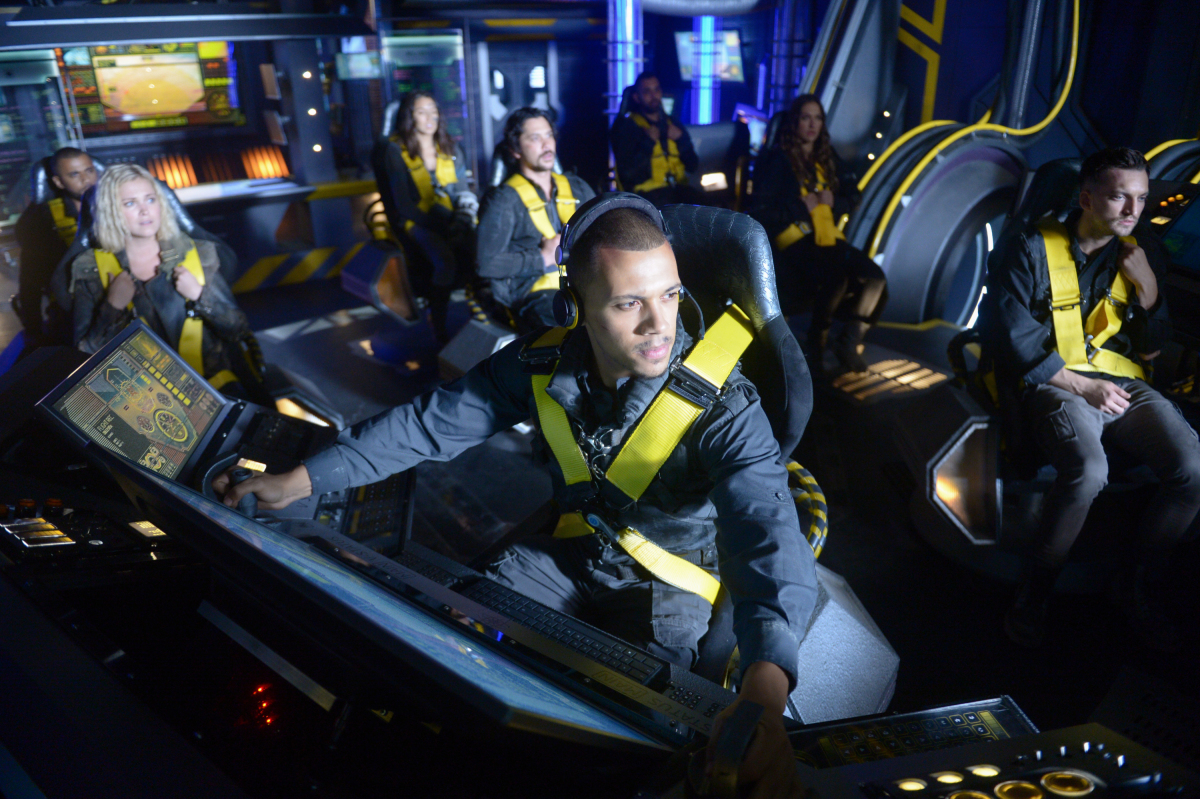 It isn’t hard to understand that “Sanctum” is essentially a reboot for The 100. After five seasons and two apocalypses (in addition to the pre-show apocalypse), our intrepid heroes have abandoned Earth and struck out into the solar system, touching down on a new planet.

“Sanctum” in a lot of ways mirrors the pilot. A small group is investigating a planet where they’re not sure they’ll survive. At first they’re overcome by the beauty of the place, but then they realize that things are more dangerous they anticipated. The characters have a lot of animosity because of previous actions. Someone goes swimming. Murphy is being a jerk. We even lose someone. We almost lost two someones, though to be perfectly honest I’m not sure how Kane will survive. 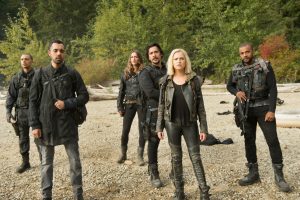 I’m a little surprised we lost someone so quickly. I knew from the trailer that things on this new planet would not be what they seemed, but I assumed it would take an episode or two before our crew learned that. I expected to have a fairly tame introduction as we acclimated to a new planet, but I forgot that this is The 100. Things move fast; bad stuff happens and things get worse. Instead of a tame introduction, we’ve already lost Shaw, Emori has Red Sun Psychosis or whatever and attacked Murphy, and someone has stolen their ship, leaving them stranded. Also, Octavia is awake and blaming everyone else for her bad choices.

One thing I love about “Sanctum” is how visual it is. The 100 as a show has always been very dim and drab so I am a big fan of the brightness and the color that we have already in Season 6. (Although the first couple episodes of the series had color as well – remember the glowing butterflies? Those were the days.) The landscapes and backgrounds are breathtaking. I’m also very excited for the possibilities that a new planet brings. There is so much they can do with this.

Is it bad if I admit that I never finished Season 5 of The 100? I totally meant to, and then I just didn’t. Oh well. This is one of those times when I appreciate the mini-recaps at the beginning of episodes. Now, admittedly, since I don’t know what horrible decision Clarke had to make this time, I don’t know why everyone is mad at her for this season, but I am extremely tired of her being everyone’s punching bag all the time. I really hope that’s a thing that stops in Season 6.

“Sanctum” is pretty compelling as a season premiere. Instead of the slow introduction to what is essentially a new show, we jump right in the deep end, with one – possibly two – characters dying and all of the planet-bound crew being exposed to harmful radiation that fills them with rage.

All in all, a solid first episode. I’m actually looking forward to the rest of the season.