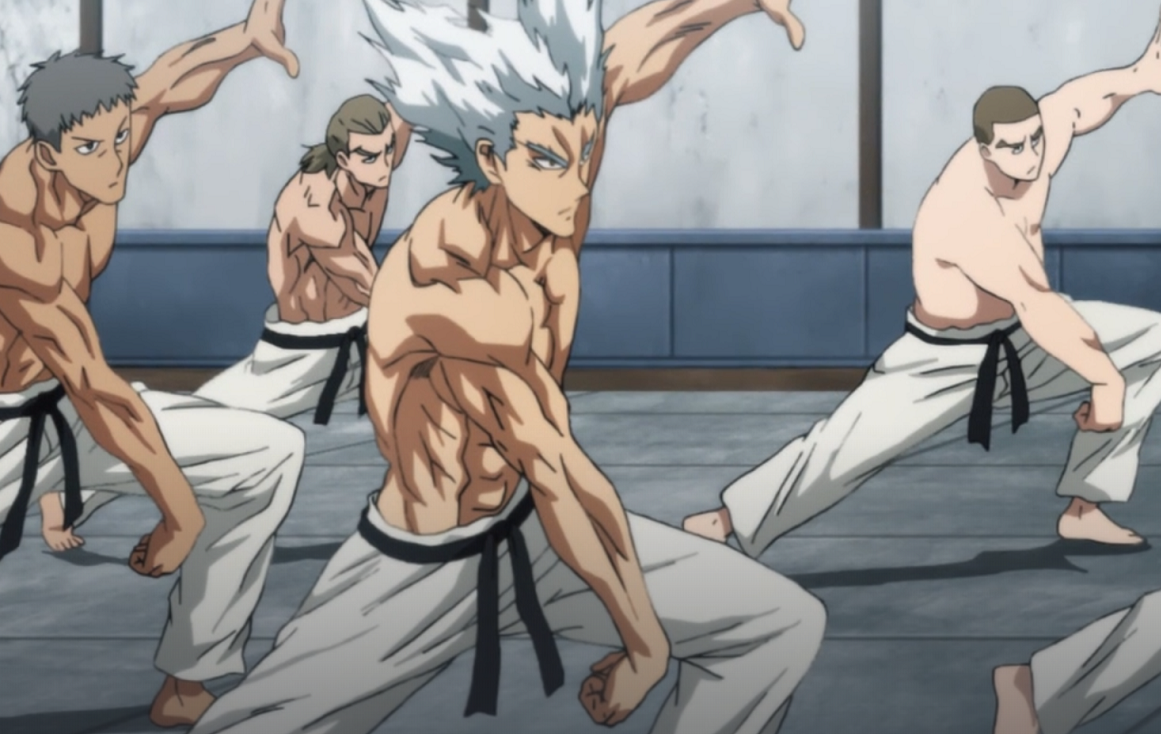 As we delve further into season 2, “The Metal Bat” gives us a few flashbacks of Garou, providing us with a little more insight into a human that sides with monsters over his own kind.

“The Metal Bat” starts with a Garou flashback: a young Garou watching television, wondering why the monsters don’t ever get to win. It explains his thought process a bit; he even says himself, why is it always the popular ones who win? Villains can sometimes be more interesting characters than heroes, so I understand why a child would question the story, but I do hope that there’s more to Garou’s hero-hunting than just that. That just seems…overly simple for such a compelling antagonist.

The other Garou flashback provides context but no further explanation. One day, Garou just up and went, “Nothing more to learn here,” and beat up everyone else at the dojo. And judging by what Sourface was saying, that still wasn’t enough to get him expelled, so he must have a really nasty personality.

It was funny getting to see him interact with the kid again, though. 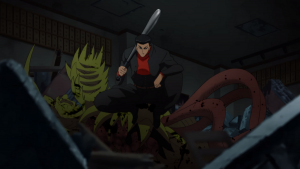 There was a lot of setup in “The Metal Bat”, which after the fast pace of the past few episodes seems a bit slow. But when you think about how much actually happened in this episode, trying to cram more in would have felt too rushed. We had to introduce the titular character, see him in action, and have Garou see him in action, before we could see the two of them fight. There’s not much more that would have fit in this episode.

I’m really excited to spend time with some of the other heroes. There are so many characters in this anime that I tend to forget who we’ve already met, and I’m glad that season 2 is fleshing out some of the side characters a bit more. Metal Bat is amazing – just him and his trusty bat, taking down ferocious monsters. I also loved how King was using the video game he was playing as though it were an actual battle to get out of bodyguard duty.

I am a little surprised that the only scenes of Saitama at the tournament were him learning about Garou; I expected we’d get to see some fights in this episode. Perhaps next week’s episode will focus solely on that (or at least primarily). I’m not all that interested in the tournament, but I do like how it shows that Saitama gets nervous over the weirdest things. He doesn’t blink at taking down monsters, but the idea of paying a fine had him sweating profusely. He’s an odd duck, that one.

All in all, One Punch Man Season 2 is starting to find its stride after the unevenness of the first two episodes. The animation has gotten better, and the CGI was pretty good in this episode. The sound quality could still use a little work, but the story is still solid, and that’s really what matters.