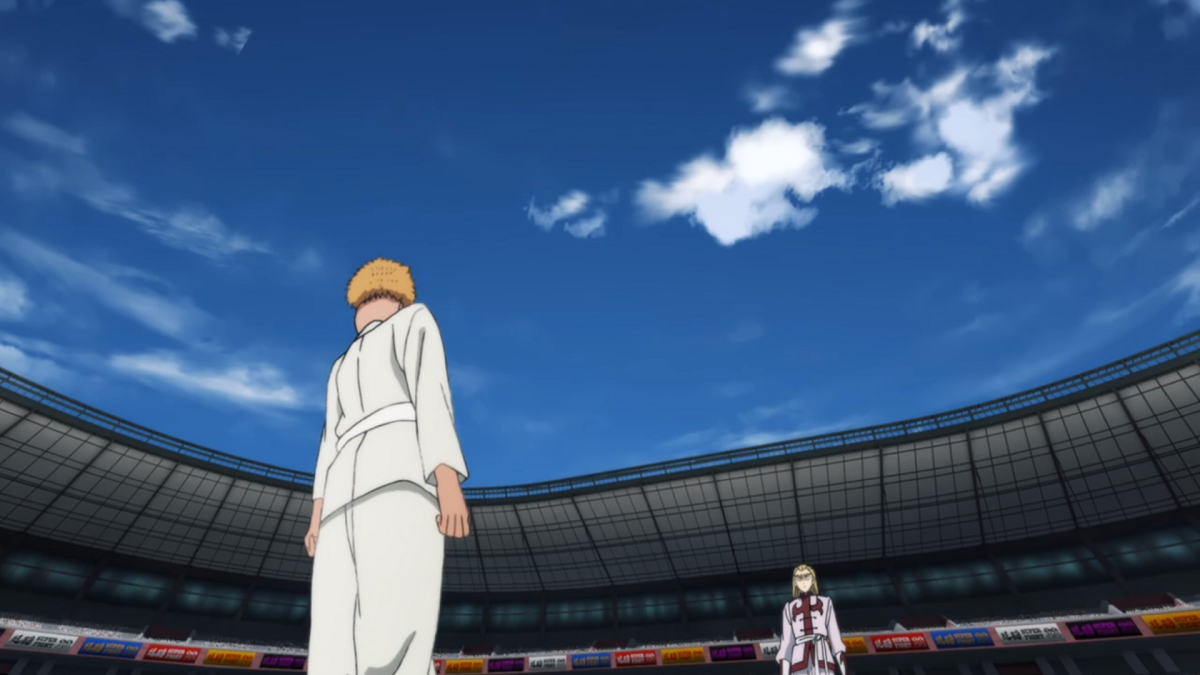 Considering this episode is titled “The Martial Arts Tournament”, you would be forgiven if you, like me, assumed that we would actually get to see some of the tournament. Alas, that was not the case. Still, One Punch Man was dropping a lot of crumbs for the future.

I expected, based on the title as well as the promo for the episode, that we would focus on the actual tournament in “The Martial Arts Tournament”. Unfortunately, almost all of the tournament scenes involved setup and exposition – introducing the contenders and giving a little background on them. We didn’t even get to see any fights, unless you count Saitama essentially backhanding Zakos. It’s obvious that Suiryu is going to be an important character, given the way he was introduced and how we lingered on him – and from how he was able to tell, after Saitama’s first fight, that they would be facing in the finals.

At least the tournament gave us this greatness: 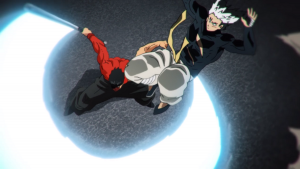 I’ve not yet read the manga (I’m about to start, I just caught up with Black Clover last week) but from what I can tell, the fight between Metal Bat and Garou was a very big deal. It absolutely did not come across that way in the anime. After being hyped up for an entire episode, Metal Bat comes across as kind of weak. Garou is meant to be insanely strong, but I just didn’t get the sense of gravitas from Metal Bat that I suspect we were supposed to. It’s disappointing.

We did learn a little bit more about Garou as a character. We already knew he was a strong fighter, but his fight with Metal Bat proves that he’s not just entirely evil. He stops the fight at Metal Bat’s sister’s insistence and even prevents a monster from moving in to finish off an unconscious Metal Bat. He also declines the invitation to join the Monster Association. Based on this episode, and his interactions with the kid from earlier episodes, Garou is a “hero hunter”, but he’s still human. He’s not about hurting random humans just because, and he hasn’t yet killed any of the heroes he has faced. Hopefully we’ll learn more about his motivation.

The big thing we learn in “The Martial Arts Tournament” is the existence of a Monster Association. At least, I think this is news. It’s certainly news to me. It never occurred to me that the monsters were organized – they launched a coordinated attack in order to take hostages – and it makes me wonder if they always were organized, or if this was a recent development.

Have you seen “The Martial Arts Tournament”? What did you think?

Previous:“Ghost Giant” PSVR Puzzle Game Now Available At Retail
Next: Darren Criss Led “All You Ever Wished For” Coming To DVD & Digital This June!