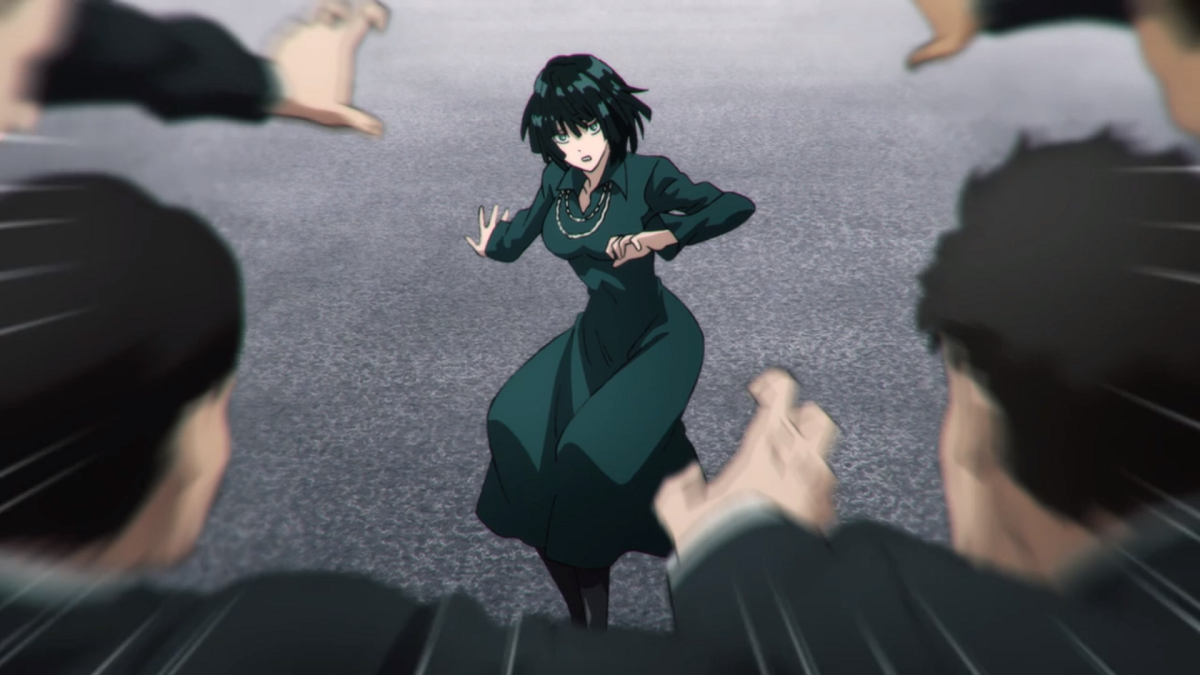 The past few weeks on One Punch Man have seen our heroes dealing with an influx of monster attacks (except for Saitama, who is still in the martial arts tournament) so the idea of a monster uprising isn’t new. However, “The Monster Uprising” confirms that the monsters are working together for a common purpose and introduces us to their leader.

“The Monster Uprising” gives us several battles. Genos powers his way through City C by defeating all of the monsters currently terrorizing it, only to be abruptly devastated by an unknown but obviously superpowered monster offscreen. Meanwhile, Fubuki (aka Blizzard) deals not only with Super S (clad in an outfit that, for all intents and purposes, does not exist – one of the many things I dislike about anime) but the entirety of her brainwashed team. She is mostly managing to hold her own, but big sis Tatsumaki comes to the rescue. 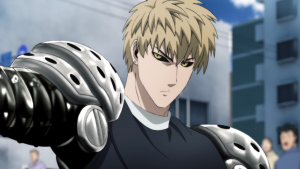 I love my little demon cyborg baby so getting to see Genos in action is always great. I loved watching him march through the city and just completely annihilate all of his enemies. That said, I wish we could have seen his fight with Goketsu. He is aware that something is coming, and next we see him, he’s been utterly beaten. I understand the narrative purpose of not showing the fight – it aids in building up the antagonist and establishing him as a force to be reckoned with – but I just love Genos. Although I probably wouldn’t have liked watching him get his butt kicked. And at this point he should honestly look into regenerating limbs somehow. How many arms has he gone through? 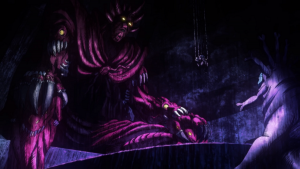 At the end of the episode, we’re finally treated to the face (so to speak) behind the uprising: Orochi. He looks utterly terrifying. And we learn that they are indeed all working together, although we sort of already knew this, as they recently tried to recruit Garou to their organization. But they are working towards a goal, and we don’t yet know what goal that is. They’re obviously targeting heroes, and I’m very curious as to how all of these monsters are not only aware of but recognize the heroes they are facing. When Gyoro Gyoro is listing the casualties, I couldn’t help but wonder how they know everyone’s names. What do these monsters want?

One issue that I have with “The Monster Uprising” is that it continues to gloss over the martial arts tournament. As I understand it, this is mostly how it’s paced in the manga as well (I actually started it! I’m not very far, though), so I suppose I can’t really complain about the pacing. And I guess it sort of makes sense that the only fights they show us are Saitama’s and Suiryu’s, since they’re clearly going to be battling in the finals. It’s just unfortunate that both of them are able to defeat their opponents in a single hit; it doesn’t leave much opportunity for showing actual fights. Also, considering Saitama’s goal is to witness martial arts or whatever, why is he spending so much time in the bathroom? Does he have IBS? Is he related to Captain Yami from Black Clover?

A difference between season 2 and season 1 (other than the animation quality – yes, I get it, and I’m over it at this point) is that season 1 consisted of a collection of standalone episodes whereas season 2 is one overarching plot. It makes watching week-to-week kind of frustrating, because every episode builds to the next one, and the wait is frustrating. But that’s pretty much any anime that I watch.

Have you seen “The Monster Uprising”? What did you think?