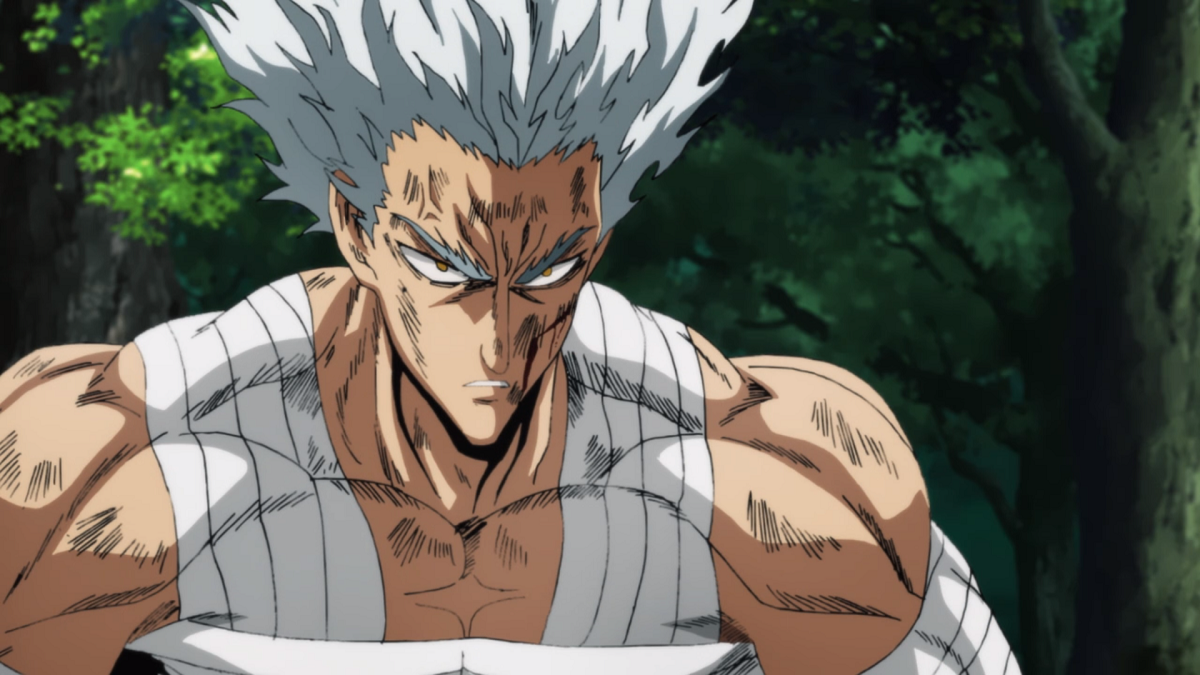 The Monster Association has made its intentions known, there are some important character bits with Genos and Saitama, and Garou is once again reeling from a Saitama punch. “Justice Under Siege” is a bit all over the place, but still a pretty solid episode in a rather uneven season.

Garou is the kind of villain you sort of want to root for, even though he’s the bad guy. “Justice Under Siege” is a perfect example of that. He’s made it his mission to take out heroes and his reasons for doing so are kind of weak; people have died because of his crusade. But then, he also doesn’t align himself with the monsters, even though they have approached him more than once. And occasionally, he’ll do “heroic” things, like making sure the kid is okay. And I know he’s ridiculously strong and the numbers are necessary to take him down, but there’s something un-herolike about ganging up on an injured man. It makes everything a little muddled.

I love that Garou thinks that King was the one who knocked him out. 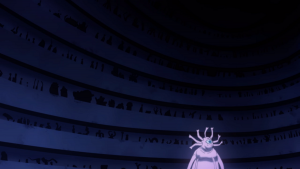 The Monster Association made a play, tricking the Hero Association that they wanted a cease-fire and simply want a world where humans and monsters can coexist. Of course, they don’t actually want that, but Gyoro Gyoro had a grand old time making everyone think they did. Speaking of Gyoro Gyoro, when he learned that Goketsu was dead, he said “my plans” will not be so easy. Hmmm… Is he the man behind the curtain? Orochi hasn’t really done anything so far other than loom menacingly and eat one of the monsters.

All those poor monsters answering the secret summons of the Monster Association, only to be annihilated by Saitama while he’s out running his errands.

So, one of the things I like about these scenes where Saitama and King play video games is that it shows how basic Saitama’s attitude is about everything. He chooses a strong-looking player and tries to use brute strength to win, whereas King chooses characters that look like they wouldn’t be very good fighters and uses skill and special moves to win. Saitama, who defeats all of his real-life opponents in one punch, doesn’t really need skill and hasn’t bothered to learn. (Also, it’s one of the few times you ever get to see any genuine emotion from him.) 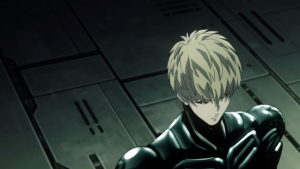 I worry for Genos. His constant desire to be stronger and all of these upgrades based on flippant statements by Saitama will surely lead to his downfall. He’s a teenager with hero worship and eventually, things aren’t going to go his way. I feel like Dr. Kuseno has been not-so-subtly foreshadowing this since pretty much the beginning of the series. I don’t want anything to happen to him but I fear that it will.

Have you seen “Justice Under Siege”? What did you think?

Previous:Pride Reads: “Queens of Geek” by Jen Wilde
Next: ClexaCon: Interview with the Ladies of Marvel’s Runaways