One Punch Man 2×09 Review: “The Troubles of the Strongest” 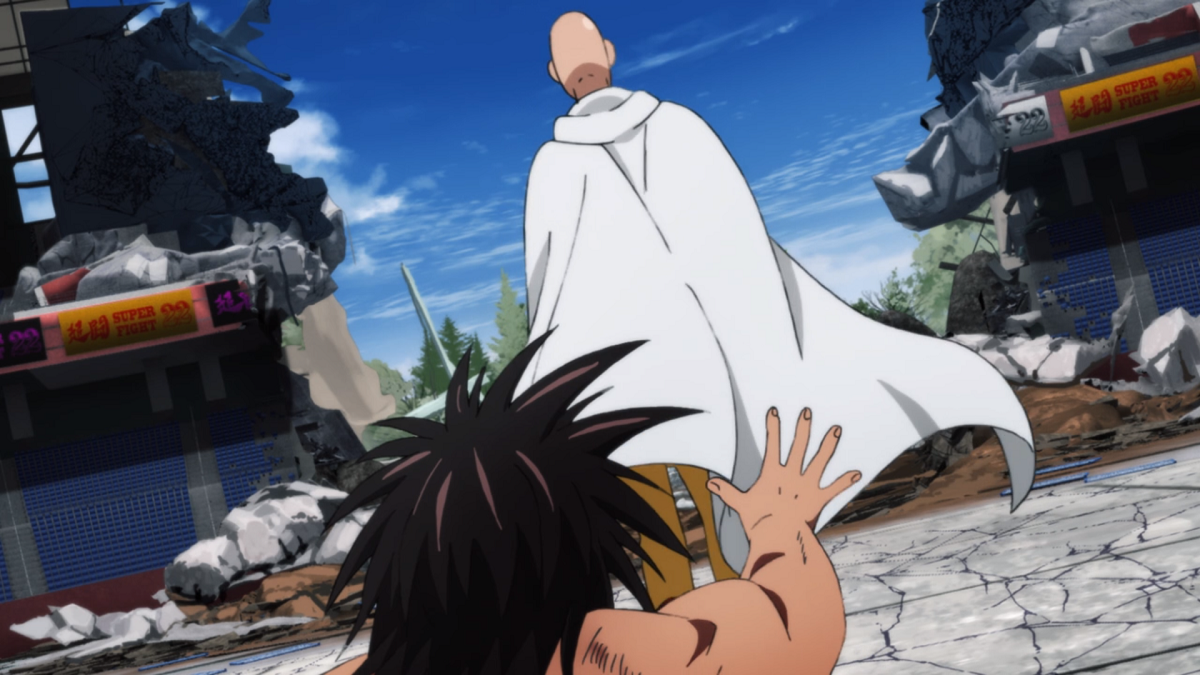 Thanks to the French Open airing on television in Japan, many anime were delayed by hours or – in the case of One Punch Man – days. The extra week wait for “The Troubles of the Strongest” may make the episode feel like a bit of a let down, but I actually enjoyed it.

One of the complaints that I’m seeing about “The Troubles of the Strongest” is that the moments with the biggest hype – Saitama versus Bakuzan and Saitama versus Goketsu, for example – happen offscreen. Well, the mini-hiatus allowed me to catch up with the manga and I can tell you that that’s how it happens. Saitama is the strongest hero in the world, I think we can all agree on that. There is a reason this series is called One Punch Man. His fights are never going to be that epic as long as he can take down all of his opponents in one punch.

For me, yes, I like the fights, but I’m a big character person. That’s what’s important to me. I really liked the comparison between Saitama – who has gotten so strong that fights have become routine and has caused him to lose all motivation – and Garou – who is excited by the crushing defeat he just suffered because it means he still has room to grow. Garou reminds me a lot of Asta from Black Clover and Kagami from Kuroko’s Basketball because they are motivated by defeating strong opponents. Saitama, who is stronger than everyone, no longer has this propelling him.

This is why I liked Saitama’s conversation with King. When you get past the irony of Saitama being lectured by King and focus on what he’s saying, it makes a lot of sense. Saitama looked at “hero” and only through “strong”, but there’s more to being a hero than just being strong. (Plus, Saitama may not feel very motivated lately, but his existence motivates a ton of other people.)

That said, I was disappointed in the fight between Garou and Watchdog Man just because there were some aspects of it that were left out or condensed that I feel like would have made that sequence much better. I’m really fascinated by Watchdog Man in general and I want to learn more about him, so I hope that happens soon. 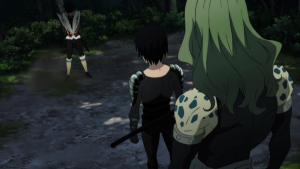 There were some comedic moments as usual – the location of Puri Puri Prisoner’s phone (his whole fight scene, actually, with the crowd yelling advice and him misinterpreting it) and the ending with Sonic. The whole thing with Sonic was great; he is so desperate to defeat Saitama that he is willing to eat the monster cells and give up his humanity… but not so willing to eat the monster cells raw, which is kind of important. The contrast of him resolving to give up his humanity with the scene of him preparing the monster cell in a nice little meal (complete with veggies!) was hysterical.

Have you seen “The Troubles of the Strongest”? What did you think?

Previous:Revry’s “To Be Me” Shines a Light on Gender Identity
Next: Neil Gaiman Calls ‘Good Omens’ a “Love Story”