One Punch Man 2×12 Review: “The Wiping of the Disciple’s Butt” 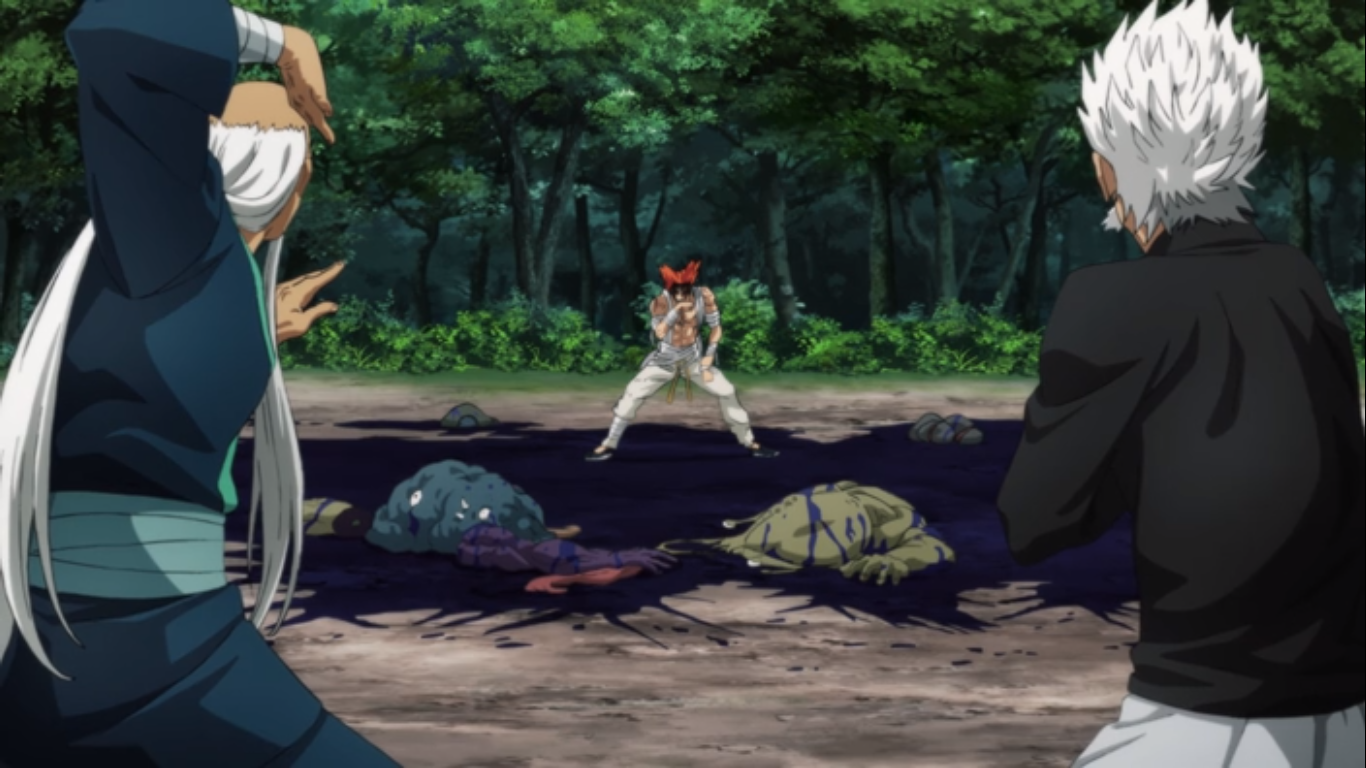 “The Wiping of the Disciple’s Butt” is a long, odd title for an episode, but you can’t deny that it’s accurate. It was an overall decent episode, albeit a kind of lackluster season finale. I generally enjoyed it, even though it wasn’t spectacular, which seems to be the prevailing theme throughout this season.

One Punch Man Season 2 has been frightfully uneven, even as it adapted the manga fairly well. If it seemed all over the place, well, blame the source material. As for a season finale that’s just a little too “meh,” “The Wiping of the Disciple’s Butt” may seem an odd place to end the season, but the arc with Garou and the Monster Association is just beginning, and there really was no other place to stop. I have to believe they’ve already greenlit a season 3, even though there’s no official news, otherwise, this season makes no sense. It doesn’t work as a standalone arc, and it’s still ongoing in the manga.

Garou’s motivation is a little bit better to understand in this episode. A bullied kid who was somehow always blamed for his own bullying, Garou learned to associate the heroes with his tormentors. He makes a point of saying that someone has to fight for the underdog, which is an admirable sentiment I wholeheartedly endorse… but I don’t think I can ever consider monsters as the underdog. I mean, technically they are in a lot of these scenarios, but… they’re monsters. 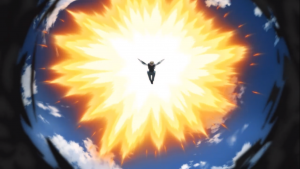 But despite the fact the episode is named after his and Bang’s fight, he’s defeated fairly quickly and whisked away by one of the monsters, leaving Bang, Bomb, and Genos to battle Centichoro, which takes up much of the episode. I really enjoyed this battle; between Bang and Bomb’s combo attacks and Genos pulling himself back together after being sliced in half, there was a lot to like about this boss fight. (Except the sound effects. Good lord, please tell me these will be fixed for season 3.) Genos gets utterly annihilated again, faced with the fact he’s just not strong enough to do any serious damage against these major monsters. I also appreciated Bang was ready to sacrifice himself to save the city. 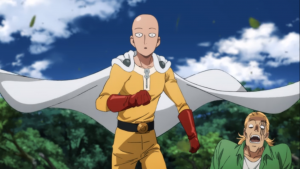 King has really grown a lot this season. He’s still basically a coward (or, rather, just someone who is fully aware of his own limitations), but him standing his ground and taunting Centichoro to lure him away from the others took a level of courage I don’t think he possessed in episode 1. True, he was just baiting the monster so Saitama could take him out, but still. The focus on his shaking hand really hammered it home that he was terrified, but still doing what needed to be done.

And then Saitama pops out and just destroys the thing.

Saitama may have been smiling after taking down Cenitchoro, but I imagine he’s still mostly unfulfilled. He unleashed all of his pent up anger and frustration at constantly losing at video games and exploded the monster with his traditional single punch. That was a powerful monster, and it barely put up a fight. He seemed okay with it, but you have to wonder if he is, or if he’s just going to fall into a funk again later.

Unevenness and animation issues aside, I did enjoy this season. The story is what matters to me, and One Punch Man has a good one. And while “The Wiping of the Disciple’s Butt” isn’t a great ending to the season, as it answers almost nothing and leaves a lot of plot threads hanging, it really was the best they would have been able to do.