Animal Kingdom 4×6 Review: Into the Black 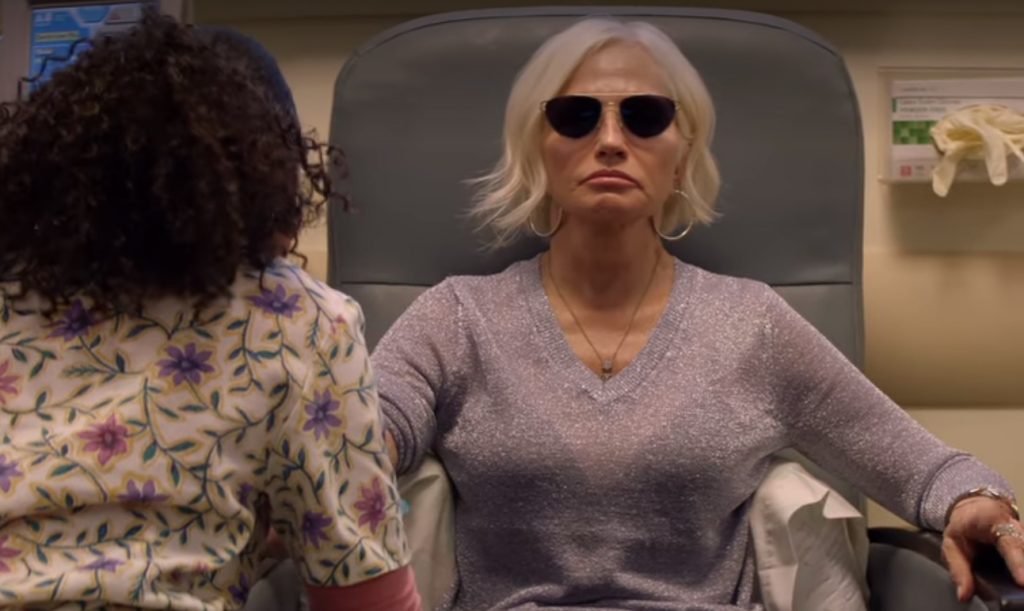 Smurf in “Into the Black” (Image: Screengrab)

We have all been dreading the time Adrian’s secret about talking to the police comes out, and “Into the Black” showed the revelation is almost here. I’m not sure if Adrian is going to make it out alive, but it will be interesting to see what Deran decides to do to keep Adrian safe.

I was provided a free screener of “Into the Black” for review. The opinions are my own.

For fans of Deran and Adrian’s relationship, this week’s episode was quite intense. It opened with Smurf being told someone close to the family was talking to the police. Smurf doesn’t like snitches and she immediately went into high alert mode. She asked Joshua to find the snitch, telling him it was part of being the boss in the family.

I don’t know about you, but I think I’m with Joshua when it comes to who might be leaking information about the Codys to the cops. Even though Adrian has been helping the police with busting a drug operation, he won’t say anything to bring harm to Deran and his family. However, Angela, on the other hand, has a lot of reasons to go against the Codys considering her history. Joshua suspects her. And I don’t trust her one bit.

Nothing much happened during “Into the Black,” except for the Deran and Adrian stuff. You could see Deran’s mind going into overdrive as he began putting the pieces together. He knew Adrian’s in trouble with the cops, but he couldn’t simply kill him. For a moment I thought Deran was going to strangle Adrian in the bathroom, but thankfully that didn’t happen.

After shooting Colby, we now know Deran is capable of murdering someone to keep Adrian safe. However, does Deran have the strength to stand against his entire family to protect the man he loves? Oh, the drama! I love it!

I want Adrian to tell Deran the truth as soon as possible so the two can figure out what to do about their current predicament together. Let’s see what happens.

What did you think of “Into the Black”? Let us know.