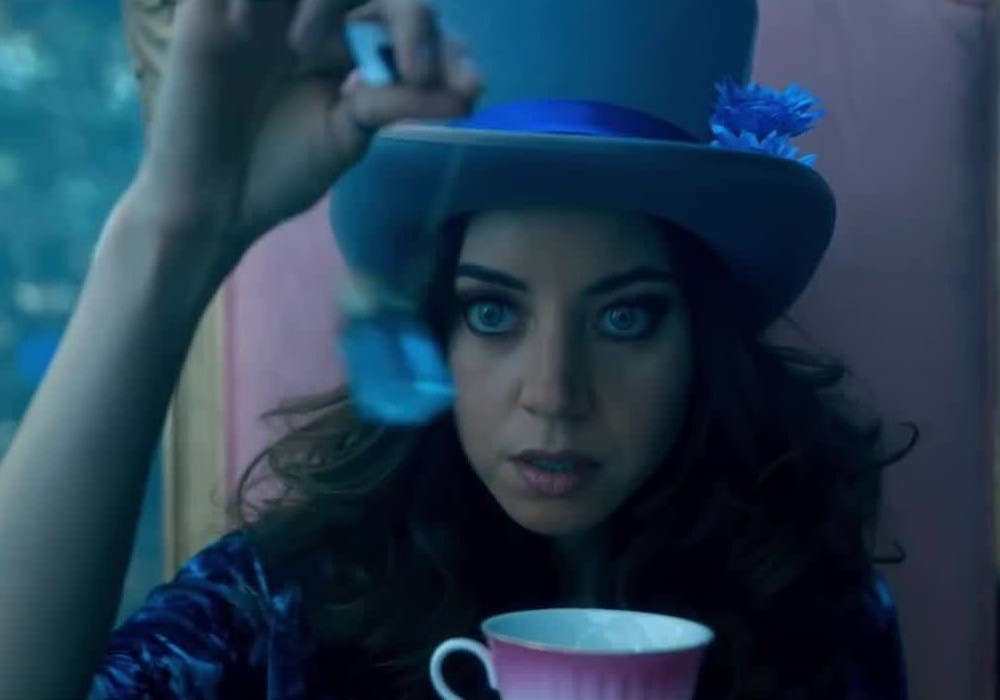 As predicted, ‘Chapter 21’ began the process of forcing the audience to switch sides, but I’m still on Team David for some reason.

David isn’t perfect.  I know that. But ‘Chapter 21’ reminded me of the most dubious act he ever committed: messing with Syd’s mind and then sleeping with her. That’s not something you can really defend, so I willingly throw up my hands and concede that David isn’t completely innocent.  He’s all powerful and has shown a darker side, so maybe Team Summerland/Farouk/Division 3 (we need a better name for this team up, guys) is justified in their actions. David could destroy the world in the blink of an eye and he’s not exactly a morally white character. And yet? I still find myself on his side.  It’s hard to explain why. 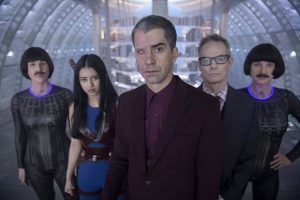 Choosing a side seems to be the theme of the season so far.  While at one point Lenny and the Shadow King were essentially the same entity, they have since split and are now on opposite sides.  Farouk is with Summerland/Division 3, and Lenny is with David and his cult.

I do wonder how much of the original Lenny is left in this entity at this point.  She’s loyal to David almost to a fault, but I can’t really parse out how much of that is due to her friendship with him prior to her death or if she just latched onto him when she separated from Farouk.  Either way, both characters still retain a rather threatening and creepy aura, so having them on different teams makes things even murkier still.

But back on topic, this division of characters seems to be getting even more complicated in ‘Chapter 21’ now that Cary has been kidnapped by Team David.  Kerry and Cary are now separated, and we know that causes anxiety for the both of them.  Despite the potential anxiety, I’m somewhat relieved to have Cary on Team David, even if he’s reluctantly there.  Again, I really, really can’t explain why I’m so adamantly Team David.  He isn’t perfect.  He did something unforgivable to Syd.  This should make me switch teams.  Yet it oddly doesn’t.  So I’m happy Cary is there, even if that makes me deeply question my own inner morals.  I shouldn’t be supporting him this hard.  Maybe I have a bit of Lenny’s fanatical loyalty in me, and that’s probably not a good thing.

Additionally, I’m glad they gave Bill Irwin a chance to really showcase his physical comedic acting here.  We’ve seen glimpses of this when he’s dancing around his lab, especially when Kerry is off fighting and he’s mirroring her, but the whole sequence where he shadows the woman around the room in an attempt to get his jacket from the couch was next level physical acting.  Absolutely brilliant. 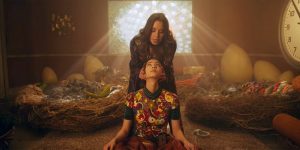 Back on the topic of teams, you know whose team I don’t feel guilty being on?  Switch.  That kid deserves support.  She’s just trying to be helpful and she doesn’t really know the history of the people she’s working with.  She just sees a guy who is preaching peace and love being tracked down by a team of violent assassins with guns and she’s decided to throw all in to help save him.  Honestly, who can blame her?  From where she’s sitting, the morality here is pretty clear.  She doesn’t have to think about what David did to Syd, because she wasn’t there for all of that.

I do wonder if knowing the history of all these people will cause her to switch teams, or possibly drop out of this whole ordeal entirely.  I’m actually kind of concerned for her and getting sort of protective.  Please protect Switch.  That kid deserves good things and all these messed up adults better not screw up her life for their own ends.  Maybe the show will end with the destruction of everyone but her.  Let the kid live, man.  She’s done nothing wrong.

I’m pleased so far with this season.  ‘Chapter 21’ set up great themes to keep an eye on as the story progresses and the story is sure to unravel in an interesting way, just like the prior two seasons.  I’m beyond excited for more of this wonderful show, though sad that the conclusion is barreling towards us so fast.  I’m going to miss it.