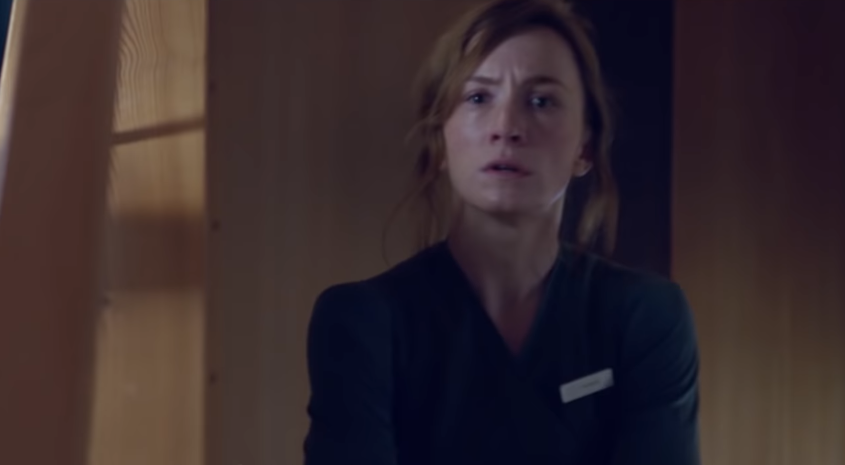 There is a lot to appreciate about Aniara. This Swedish sci-fi movie is an impressive example of how indie films can stand apart from major studio content when they are incredibly well-constructed. If you are a fan of science fiction, I urge you to watch Aniara.

I was provided a review screener of Aniara for free. The opinions are my own. This review contains minor spoilers. You have been warned.

Aniara is based on a 1956 poem by Swedish author and Nobel Prize winner Harry Martinson. It is about a large spacecraft taking humans to a colony on Mars (away from the terrible conditions on Earth). However, the spacecraft gets into an accident, goes off course, and drifts into endless space. The humans onboard have to face numerous challenges to survive.

This is not a story with a happy ending. However, don’t let that stop you from watching the indie-spectacle that is Aniara. The narrative addresses a lot of topics. It covers existential dread, the power of hope, isolation, religion, self-destruction, mortality, authoritarianism, the role of technology in our lives, and so much more.

Aniara has been directed by written by Pella Kagerman and Hugo Lilja. It is their first feature release. Kudos to them for creating something so impressive.

The entire cast does justice to their roles with many of them delivering very emotional performances. Some of the characters freak out while others try their hardest to cling to any sense of hope even if it seems they’re in denial.

The lead is a queer character named Mimaroben (Emelie Jonsson). She serves as the audience’s surrogate as we follow her leaving Earth and boarding Aniara. She is in charge of an A.I. (called Mima) that helps keep humans calm. I’m not going to give too much away, but it is interesting to see how Mima responds to people needing it too much after the accident.

Aniara is a film that will make you think. I loved every second of it even though I knew I was watching the story of doomed characters as they slowly drifted toward their end.

Aniara is currently available to watch On-Demand. It got a limited theatrical release on May 17, 2019.

I highly recommend you watch it.