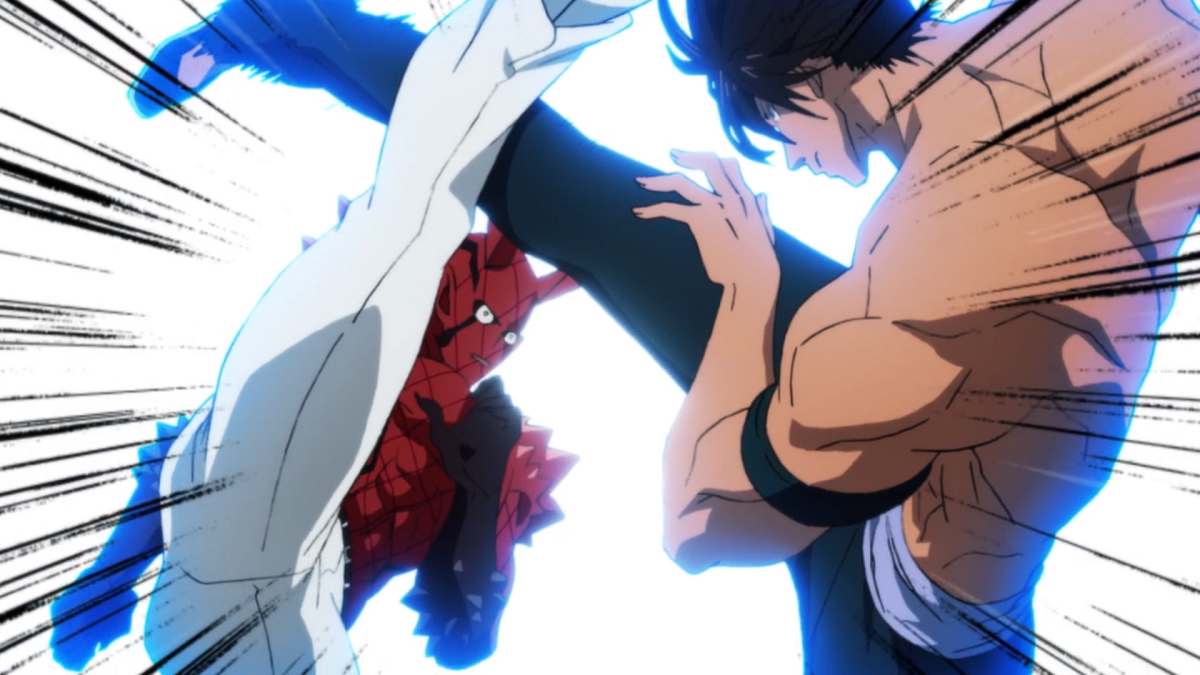 The Monster Association is after total world domination, and they made their plans known in “The Resistance of the Strong”: attack simultaneously to show strength and rob humans of any safe harbor, then find the strongest humans and make more monsters. So far, it seems to be going well for them.

The arrival of Goketsu brings a shocking revelation – Goketsu was the winner of the very first martial arts super tournament. He was believed to have been killed by a monster years ago, but it turns out he became a monster instead, and now he’s here to recruit more to his cause. “The Resistance of the Strong” focuses mainly on Goketsu’s efforts. It brings up some interesting ideas; there were varied reasons that some of the competitors ate the monster cells, yet no matter the reason, and no matter their temperament before doing so, it made them all…well…monsters. Which begs the question: does eating the monster cells change your personality, or were these people this monstrous to begin with?

Naturally, as the episode title implies, some of the fighters resist. Most of them are beaten quickly and easily, except for Suiryu. He defeats several of the newly monsterized humans only to be pulverized by Goketsu and left with a triply monstrous Bakuzan, who ate multiple monster cells and is now a great hulking beast. Suiryu is decisively defeated, essentially tortured, and he at last calls out for help. Which is when Saitama arrives.

Oh, you’re in for it now, Bakuzan. Also, as Goketsu leaves, he tells Bakuzan to join them at their headquarters in City Z, which is where Saitama lives. They are all in for it.

I think what’s really interesting is, as I mentioned before, the temperaments of the various fighters. Suiryu, who you would expect to take the monster cells, decides against it and actually battles the monsters. In the end, it’s not because of morals, it’s because of vanity. Then you have Snek and Max, who were kicked out very early but come back to help and basically get their butts handed to them. Suiryu is impressed by their tenacity, then ultimately dumbfounded by their lack of survival instincts. And Bakuzan, who told the event coordinators not to evacuate the stadium because he would fight the monsters, ends up becoming a monster himself, because he’s realized he likes beating up on weaker opponents.

One Punch Man is full of character insights like that. It’s honestly a pretty good look at what it takes to become a hero, and what it means to be a hero.

I’m over despairing about the animation, but the sound seemed very weird in this episode – almost muted. And I wish we’d gotten to see more of Watchdog Man.

Have you seen “The Resistance of the Strong”? What did you think?