“Rocketman” Is Campy and Queer and Fun as Hell 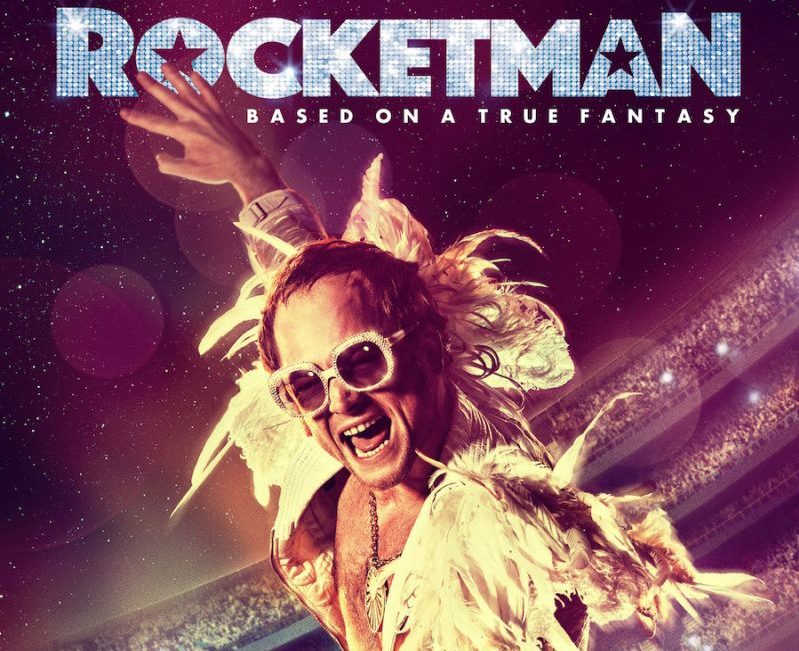 If you want to be delighted, entranced, and entertained by a film, you need to see Rocketman, a biopic that’s about as traditional as its subject. Full of glitz and glamour and camp, this movie is every bit a spectacle as you’d expect it to be for a movie about Elton John. 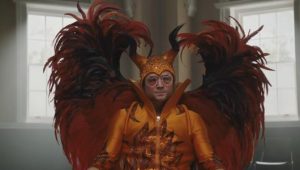 But right from the start, director Dexter Fletcher lets you know what you’re in for, when Taron Egerton struts down a hallway clad in a sequined devil costume – complete with horns and wings – and it turns out he’s walking into rehab. From there, the film is told mostly via flashback as Elton relates the story of his life to the support group. We stroll into his childhood and are introduced a young Reginald Dwight, singing “The Bitch Is Back”. Buckle up, kids. You’re in for a treat.

Elton’s life is a series of ups and downs as he struggles to find his identity as a musician as well as a gay man. He deals with an absent, distant father (Steven Mackintosh) and a dismissive mother (Bryce Dallas Howard) before he finds his musical soulmate in Bernie Taupin (Jamie Bell), who becomes his songwriter and best friend. Fame comes at him fast as he battles multiple addictions and a toxic relationship with his manager John Reid (Richard Madden).

His songs are woven through the film like a tapestry, presented in dazzling musical performances that would not be out of place in a Broadway musical. (I turned to my friend after the film had finished and said, “How long until this ends up on Broadway?”) “The Bitch Is Back” and “Saturday Night’s Alright (For Fighting)” contain choreographed dance numbers; “Honky Cat” is a montage of Elton and John going on a spending spree. “Pinball Wizard” is a dizzying interlude centered around a spinning Elton on the piano as his wardrobe gets progressively more flamboyant. Contrast those with “Your Song”, which is just Elton at the piano, or “Tiny Dancer”, which has Elton wandering alone through his first Hollywood party. Rocketman can do haunting and soulful as well as it does cheeky and camp. 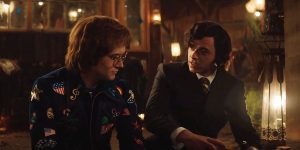 The performances are fantastic, and not just the musical ones. Yes, all the actors sing (I am quite impressed with Richard Madden’s singing voice, actually), but the acting itself is phenomenal. Having seen Taron in multiple roles, I am amazed how easily he fell into Elton’s mannerisms, down to the way his mouth moves when he speaks. Front and center as Elton, Taron needs to carry the film, and he does. He honestly nails it.

It’s fitting that Rocketman comes out just in time for Pride month. The movie is unapologetically queer. Elton isn’t ashamed of his sexuality, and this film isn’t either. They allegedly wanted to tone down the film to make it more palatable for a mainstream audience by giving it a PG-13 rating, but as Elton said himself, he hasn’t “led a PG-13 life”. Toning it down would be an insult to everything Elton has gone through, as well as anyone in the audience experiencing the same things. Elton’s queerness is a very important part of the film because it’s a very important part of his life. That said, the scenes in question are hardly graphic – one of the musical numbers is a simulated orgy on the floor of a dance club (I believe everyone is at least partially clothed) and Elton and John’s first encounter is tastefully shadowed as the camera pans up to the ceiling.

Rocketman releases in US theaters this Friday, May 31.