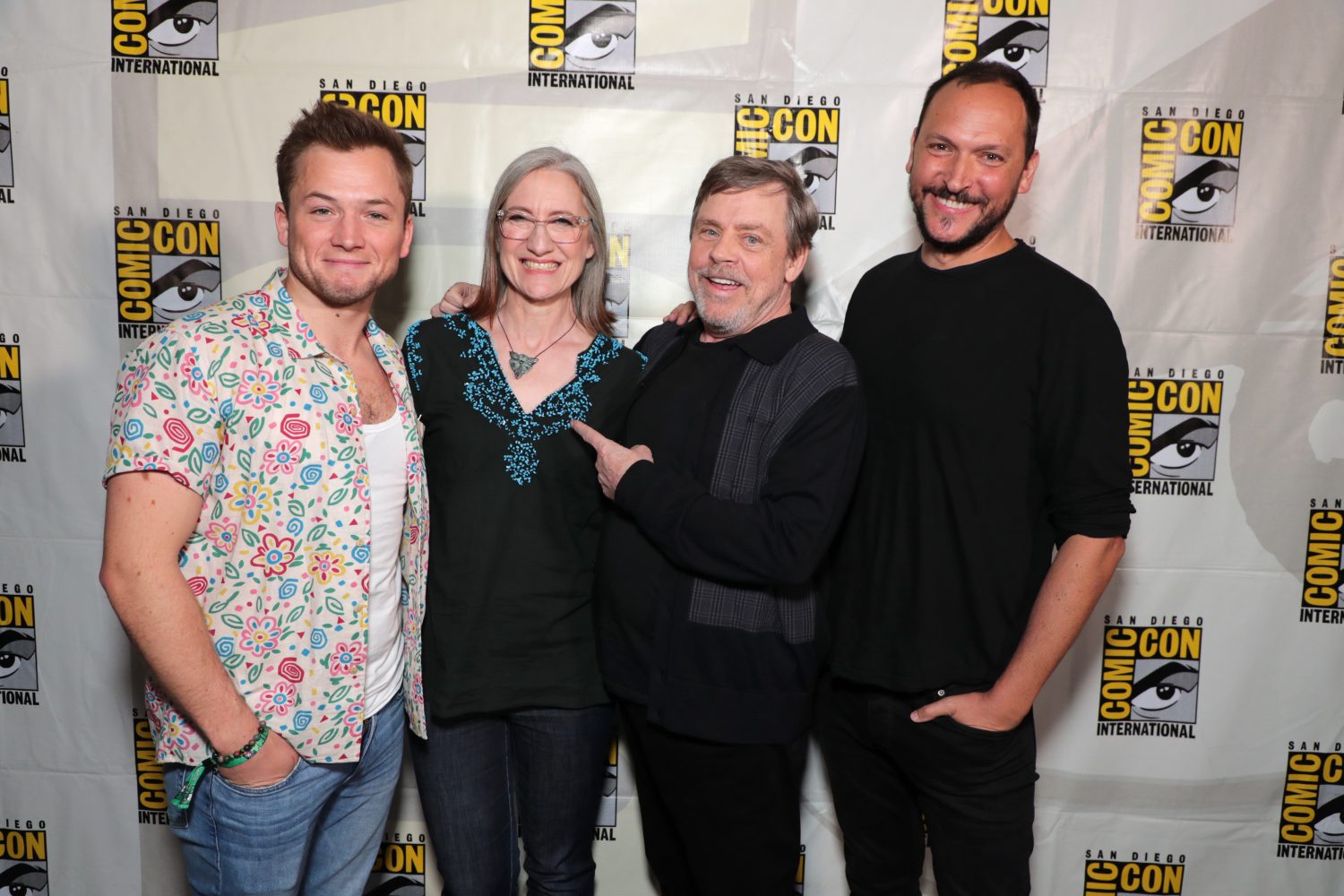 There was the typical panel and press room, but those weren’t the only places to find The Dark Crystal at SDCC 2019. The Netflix booth on the show floor is dedicated to the series, giving fans an inside look at the series (and giving them a pair of Gelfling ears!). I haven’t been able to do this booth yet because the line is always capped whenever I walk past, but I’m hoping!

I was fortunate enough to be in the press room, where Lisa Henson (executive producer), Louis Leterrier (director), and Taron Egerton (Rian) were on hand to talk about bringing fans back to the world of Thra.

I was also, thanks to the generosity of Netflix, lucky to be given a seat in the panel – held in SDCC’s illustrious and infamous Hall H – where Henson, Leterrier, and Egerton were joined by Mark Hamill (The Scientist).

Highlights from the panel and press room:

Fans were also given a few treats. One in the form of a teaser trailer for the making-of documentary that will be the show’s eleventh episode, the other in the form of the entire first episode, which won’t be released on Netflix until August 30.

Obviously, I’m under embargo not to say anything, and I’m a little afraid to give even basic impressions, but I will say that it was incredible, and that I’m very excited for the rest of the episodes. (Seriously. I cannot wait. There’s still more than a month to go!)

The Dark Crystal: Age of Resistance premieres August 30, 2019, on Netflix.