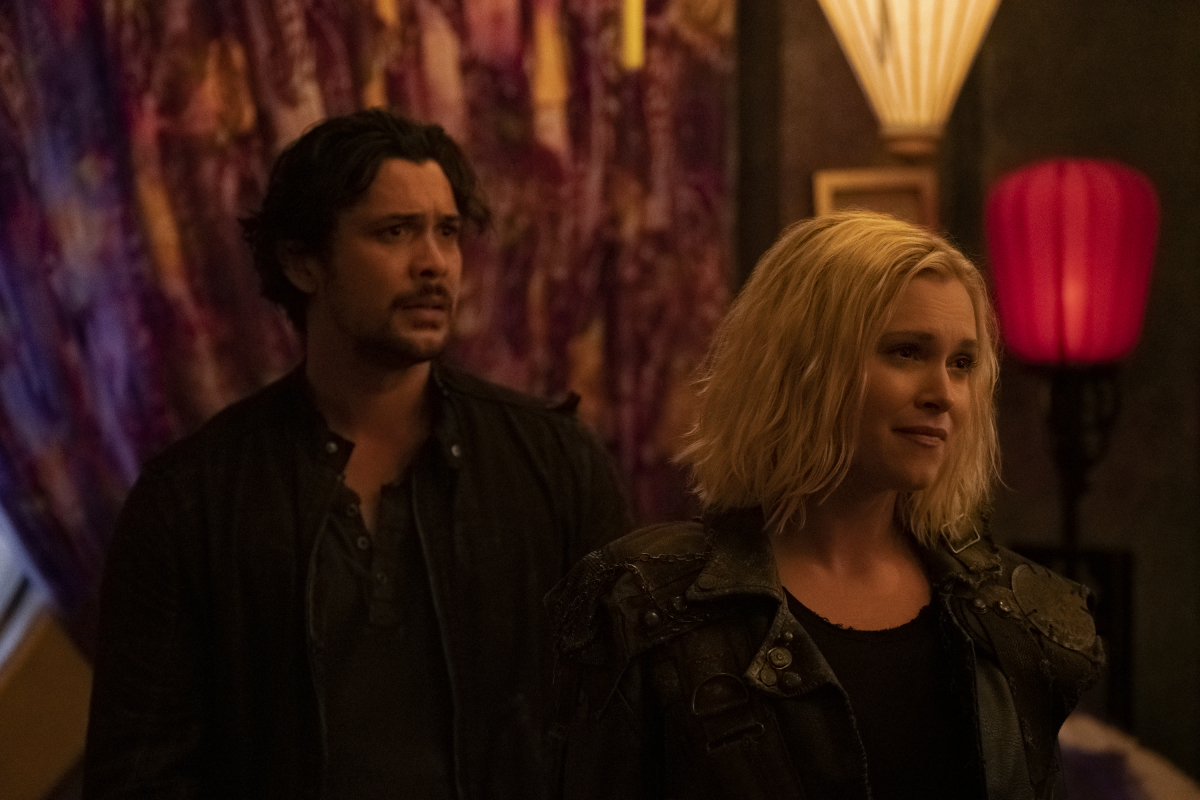 After forming last week, the cracks in this idyllic world are starting to show. Almost everyone knows the truth about Sanctum, and our heroes are beginning to turn against each other – but also band together – in “Memento Mori.”

“Memento Mori” has our heroes in mourning. They’ve found out the truth about Clarke and, naturally, their first instinct is to go to war. Eventually, they are persuaded to give up the fight – except for Madi, who is being goaded by the “dark Commander,” and potentially Echo and Abby. There was some criticism that some of the crew couldn’t tell that Josephine wasn’t actually Clarke, but I suspect that both Gaia and Abby knew something was up. Abby opened her eyes when Josephine hugged her, and she looked determined about something. Also, she took Raven with her when they went back up to their ship, and I can’t imagine she would have convinced Raven to do so without explaining why. I think perhaps Abby and Raven will wake up the rest of their people.

I love the idea of Echo and Madi teaming up. I’ve never really been a fan of Echo because of the whole time-jump-now-we’re-in-a-relationship-thing, but she has a lot of potential as a character and I really hope they do something interesting with her this season. It’s nice to see her getting stuff to do on her own. 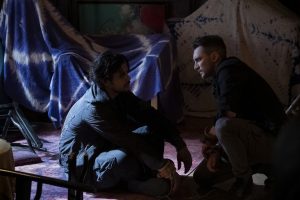 The 100 is nothing if not cyclical, which is why I’m fairly positive that Murphy will end up doing the right thing, in the end. That doesn’t make it any less frustrating to see him so willing to betray his people for immortality. Whatever he saw when he died must have been awful, but Josephine is basically sociopathic, and I think he’ll sooner or later come to realize that he chose the wrong side. In fact, he may have already realized this. After all, to help secure his and Abby’s compliance, they already “killed” three Primes in order to ready the mind chips for Kane, Murphy, and an as-yet-unknown plus one.

Raven is starting to annoy me this season. When Josephine said that they’d all done stuff they weren’t proud of to survive, and Raven said, “I haven’t,” I kind of wanted to smack her. She hasn’t quite done the extent that the others have, but she’s not a saint, either. And the reason she hasn’t had to do these horrible things is because other people have done them for her. That being said, it was fairly satisfying watching her lay into Ryker for what the Primes are doing. “I never asked to be resurrected,” he tells her, but he sure as hell keeps going through with it. Sanctum is a cult, and what’s even worse than that is that it’s a cult that is being run by people who believe in eugenics. 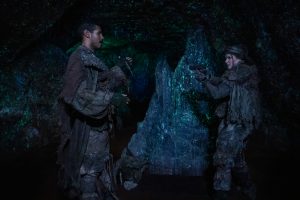 Something intriguing about “Memento Mori” is Xavier’s mention of the anomaly sending Octavia a message; this implies that the anomaly is sentient. What else is interesting about their scenes is this notion of some sort of miracle sap that can heal all sorts of injuries. Could it potentially heal Kane?

Anyone want to tell me what happened to Miller and Jackson?

I know it’s a science fiction cliche, but I am so glad that Clarke’s consciousness is still there and fighting. I suspect one of the reasons the Primes think their hosts’ consciousness get destroyed is because, before now, they’ve all been willing sacrifices. Clarke was not willing, so she is still kicking up a fuss. I am very much looking forward both to her battle against Josephine and also to see how our heroes’ minds change when they discover that Clarke isn’t actually dead.

Have you seen “Memento Mori”? What did you think? Do you think Abby knows that isn’t Clarke? What do you think will happen to Gaia? Is Murphy playing the long game?