Carrie Fisher Deserves a Hollywood Star, A Spot Is Opening Up 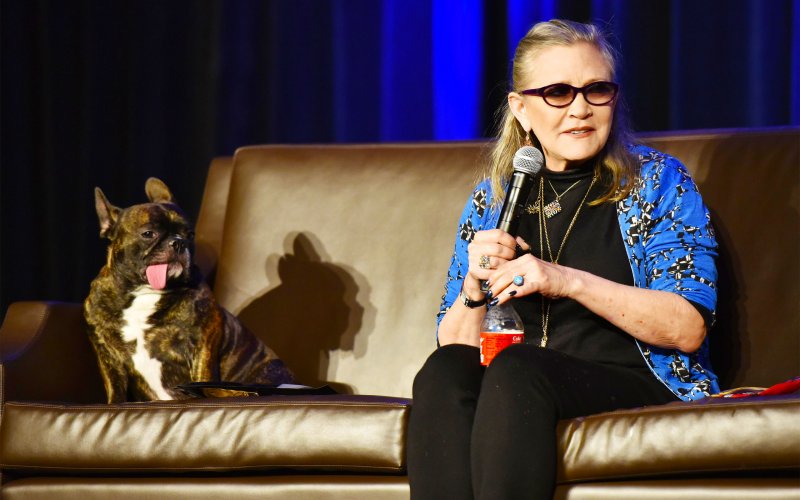 It’s hard to believe that Carrie Fisher, an icon who has starred in one of the most successful franchises in film history, doesn’t have a star on the Hollywood Walk of Fame.  Thankfully, Mark Hamill has an idea.

The hashtag #AStarForCarrie is filled with fans who are dismayed at the idea that Carrie Fisher was never granted the honor of having a Star on the Walk of Fame when she was alive.  They hope that they can make it happen in her honor after the fact.  One person who is particularly enthusiastic about the idea is Mark Hamill, who has an excellent idea about where it should go.

Good riddance! (and I know just who should replace him….)#AStarForCarrie ⭐️ https://t.co/DF53fOxshK

This shouldn’t come as a surprise to anyone who has followed either Mark Hamill or Carrie Fisher.  Neither of them have ever hesitated to be vocal about where they stood on certain issues, and many of those issues are counter to what Carrie stands for.  She may have passed before the bulk of the administration’s actions really became apparent, but I have no doubt she’d have pushed back against it in her own emoji-filled way.  In fact, Carrie would probably find the idea of taking over Trump’s spot on the Hollywood Walk of Fame kind of hilarious.  Mark and Carrie shared a similar brand of sarcastic and sardonic humor, so ousting Trump and putting her in his place is fairly on brand for the both of them. 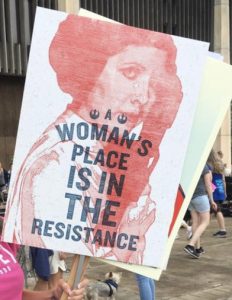 If this happened, it’d be even more poetic as Leia has become a symbol of the resistance.  Her image has been used as a common protest template for signs and social media icons in the movement.  On the whole, Star Wars has slanted in favor of the resistance, with the Rogue One writers even expressing support for the movement back in 2016.  Many writers have taken deep dives into the parallels between the franchise overall and the current political climate of the United States, so the symbolism jives on that front fairly well, too.

Getting a Star takes a just a few steps.  It costs about $30,000 and some paperwork, both of which should be fairly easy for Carrie’s estate, friends, and fans to put together.  Even if we don’t get the desired ironic placement over Trump’s, I think it’s absolutely possible to get her a Star somewhere.  Fans deserve a spot to gather on her behalf and remember what an incredible woman she was.  We here at The Geekiary did our own tribute: She Gave Us Hope.  She affected so many of us in so many ways and I hope we can get momentum for this to happen somehow, with or without the schadenfreude aspect of its placement.

Previous:Ten Infamous Pieces of Fandom Lore
Next: The 100 6×07 Review: “Nevermind”