Rogue One Writers Have Our Backs in Trump’s America 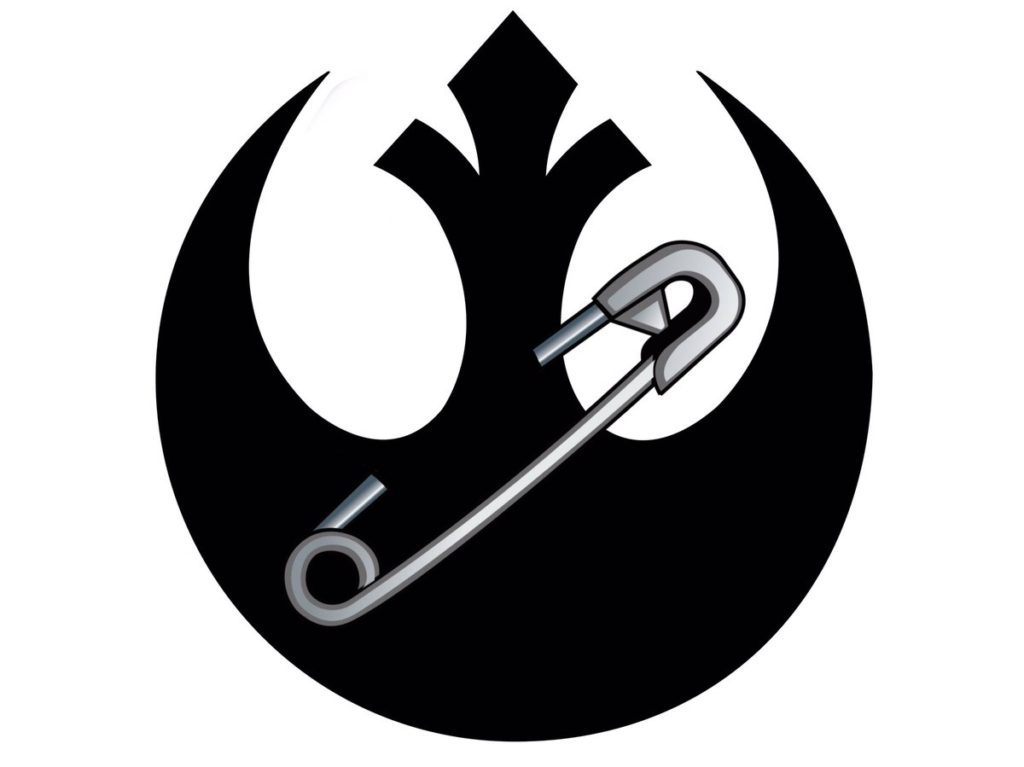 In a move of support for the progressive community, two Rogue One writers  have uploaded safety pin Rebel Alliance logos on social media.

After Trump’s unfortunate victory in the US Presidential election, a trend has popped up to express to solidarity with marginalized groups that may not feel safe anymore.  People are donning safety pins on their clothes to show these groups that they are a safe person to talk to if they need to.  The idea was inspired by a similar movement in England after the Brexit vote, and is quickly gaining speed in the US as hate crimes and vandalism spike in the aftermath of the election.  Two prominent people supporting this trend are Rogue One writers Gary Whitta and Chris Weitz.

The Star Wars franchise has been taking massive progressive strides in recent years, featuring female protagonists in both Star Wars: The Force Awakens and Rogue One.  The theme of Star Wars is even progressive in nature, showing rebels fighting for freedom in the face of a totalitarian dictator that’s dismantled a functioning (if highly bureaucratic) intergalactic democracy.  The memes and comparisons write themselves.

The Rogue One writers are receiving backlash from the usual hateful crowd, but they’re handling it beautifully.  I am proud to have such amazingly brave and openly progressive people at the helm of a franchise I hold so dear to my heart.  Being progressive in the geek community has always been a struggle with communities like Gamer Gate and the Sad Puppies fighting to keep diversity out of genre media.  Star Wars is going to keep moving forward and being inclusive.  It’ll continue to be a franchise that supports its female, POC, and LGBTQ fanbase regardless of what the hateful fringes throw at them.  I’ve never been more proud to be a Star Wars fan.

While we head into four terrifying years of a rightward shift in American politics, remember that hope lies in rebellion.

“This is our chance to make a difference.  Are you with me?” -Jyn Erso