“Rise of the Chosen” Turns the Zombie Trope Inside Out 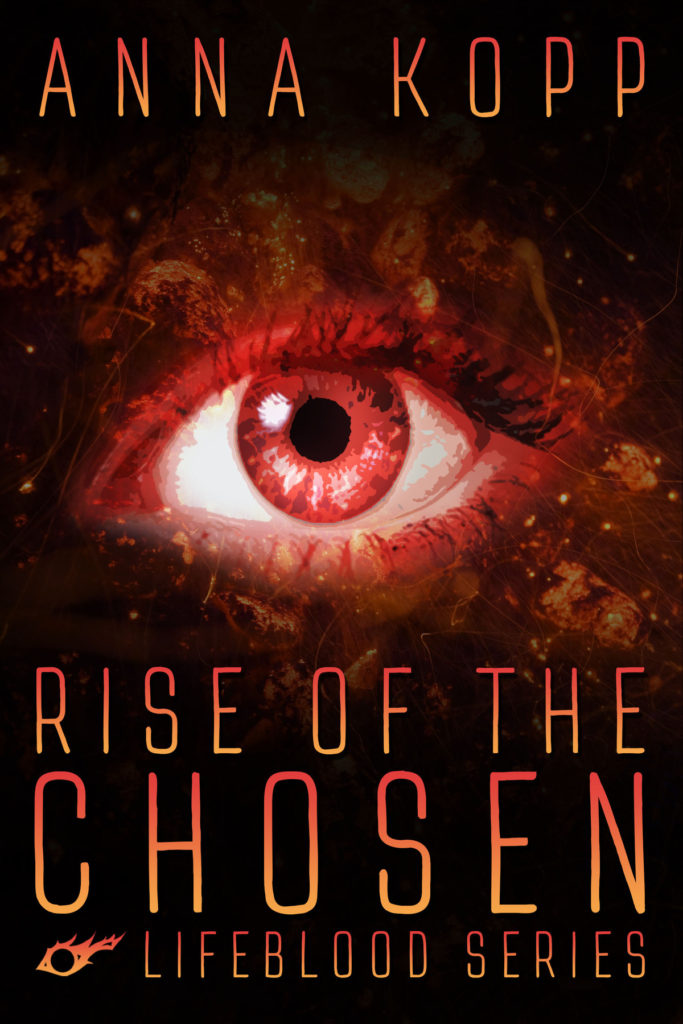 Rise of the Chosen is that very rare and beautiful thing: a Young Adult novel that doesn’t assume young adults only want to read about tormented romance. It’s a compelling story and a promising start to Anna Kopp’s Lifeblood series. Still, I have a fear about the adorable queer romance we’re given as Sam Shields’ main pairing.

Note: This review contains some spoilers for Rise of the Chosen.

The premise of the world feels like a fresh take on zombies. Everyone who dies, however they die, rises again either as the feral, near-immortal Woken or the equally powerful but sane Chosen. This is explained in an encyclopedia-like section at the very front of the book. It’s a little awkward as a mechanic, but I preferred it to having huge chunks of the story taken up with characters explaining history to each other. Once the story starts we’re able to jump right into Samantha Smith’s complicated life.

Her life is really complicated, too. The restrictive Watch may have ensured that every resident of the 27 cities they control have their basic needs met, but Sam still has a lot to deal with. She’s about to get her first assignment in the Watch, which she’s worked hard to join. She worries about living up to the legacy of the father who died heroically fighting a Woken. Her mother is killed by a Woken a few pages in. There’s a crazy possessive ex, Kyle, to avoid and a cute bartender, Lena, to woo. 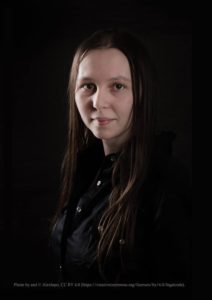 Before getting her degree and becoming an author, Kopp served in the Army. Her experience gives a realistic feel to the military action in this book.

Let me stop here for a minute and reassure you. Yes, the main character is casually bisexual and no one seems to care much. No, this book does not revolve around a love triangle. There is a male character lurking around with a “possible eventual romantic entanglement” tag over his head, but Kopp resists taking the easy route there. That’s awesome- and unusual. We don’t get enough queer YA fiction, and the fact that the main romance is between two very cool female characters is a huge positive for this book.

Back in the main story, Sam finds herself with a very different assignment than she’d expected. First year Watch members are almost always transferred to another city to avoid personal relationships. That makes sense- no one wants to be the one to take their grandmother’s head off when she dies of cancer. Sam, with no family left, is allowed to stay. She’s also given an unusually prestigious assignment for a newbie: patrolling the city to guard against Woken and respond to the trackers that warn of a citizen’s death.

Things don’t exactly get less complicated for Sam. I won’t spoil the ending- you should definitely read this book- but let’s say that nothing is really as it seems, and Sam ends up having to make hard choices about who to trust.

Rise of the Chosen‘s strength is in its ambiguity. It would have been easy and expected for Kopp to portray one side of the central conflict as right and the other as wrong, but she doesn’t. Both groups are a little right and a lot wrong. Sam is caught in the middle, knowing she must do something to minimize bloodshed but not sure what that is. She spends half the book just trying to keep the people she cares about alive and free.

Here’s where my two concerns come in.

First, I have a feeling of foreboding that Kopp might fall prey to the dreaded “kill your queers” trope somewhere in the future. Lena is a fun character, but there are red alerts all over her plot line. While I don’t demand that all LGBTQ+ characters get plot immunity (that would be silly), it’s kind of expected when bisexual characters lose a same-sex partner for them to be given opposite-sex pairing that was lurking in the wings. This fear kept me from connecting with one male character. I found myself half-resenting him just in case he’s there as a replacement.

My second concern is about the Chosen. Since Chosen can’t reproduce, if all humans were to become Chosen without first having a kid or two there would be a finite number of people. Every war and internal conflict and geological disaster would inflict losses that would never be replaced until eventually no one was left.

A theme that runs through Rise of the Chosen is that of what to do with immortality and how people choose to live when they won’t die (unless someone kills them). The question is raised: “Why do we need more people if we’ll never die?” While that’s an interesting line of thought, I don’t think the story fully addresses my concern about creating a “dead end race”.

This is just the first book of the Lifeblood series, though, and it’s a strong one. Anna Kopp has created a fresh, complex world. I can’t wait to see what she does with it.

Rise of the Chosen can be ordered through your friendly local bookstore or Amazon. The sequel should be out sometime in 2018. We’ll keep you updated!

Have you read Rise of the Chosen? What did you think? Share our thoughts in the comments section below!