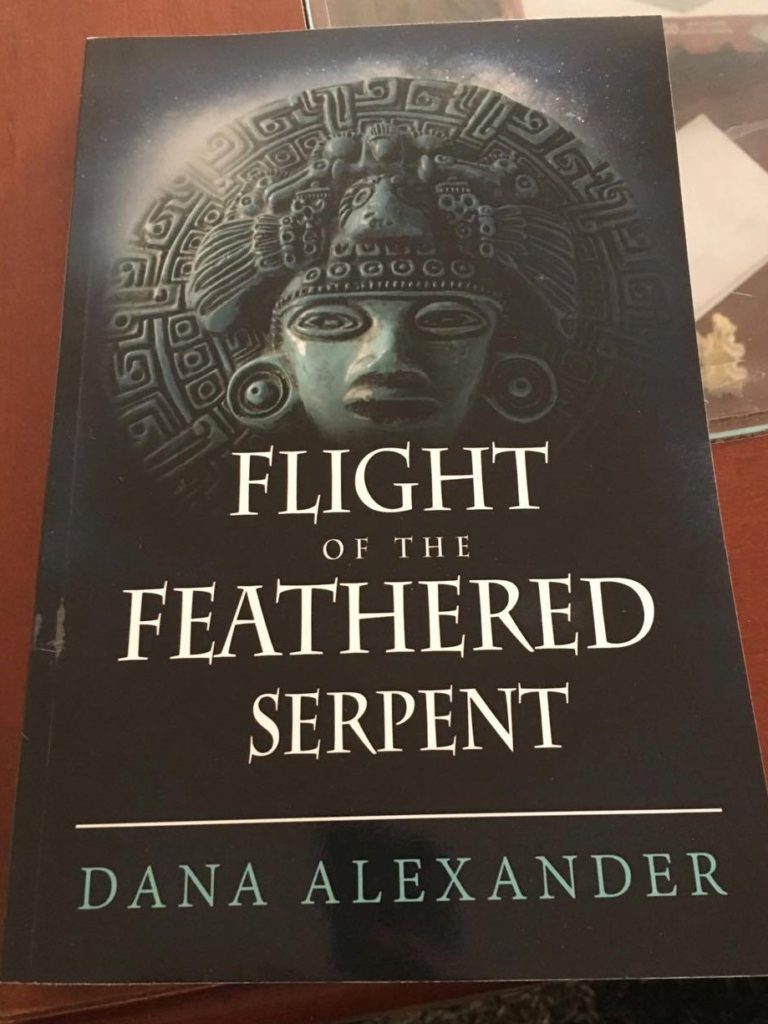 The Three Keys series by Dana Alexander weaves a fantastical story about good vs evil with a female lead.

I recently finished the three books in The Three Keys series by Dana Alexander and I find myself looking forward to the fourth book. She used ancient mythology and an interesting female lead to create an enjoyable series. There’s also a love story if you’re into reading such books. I’m going to refrain from spoilers because there’s a lot of mystery in this series that I don’t want to ruin. 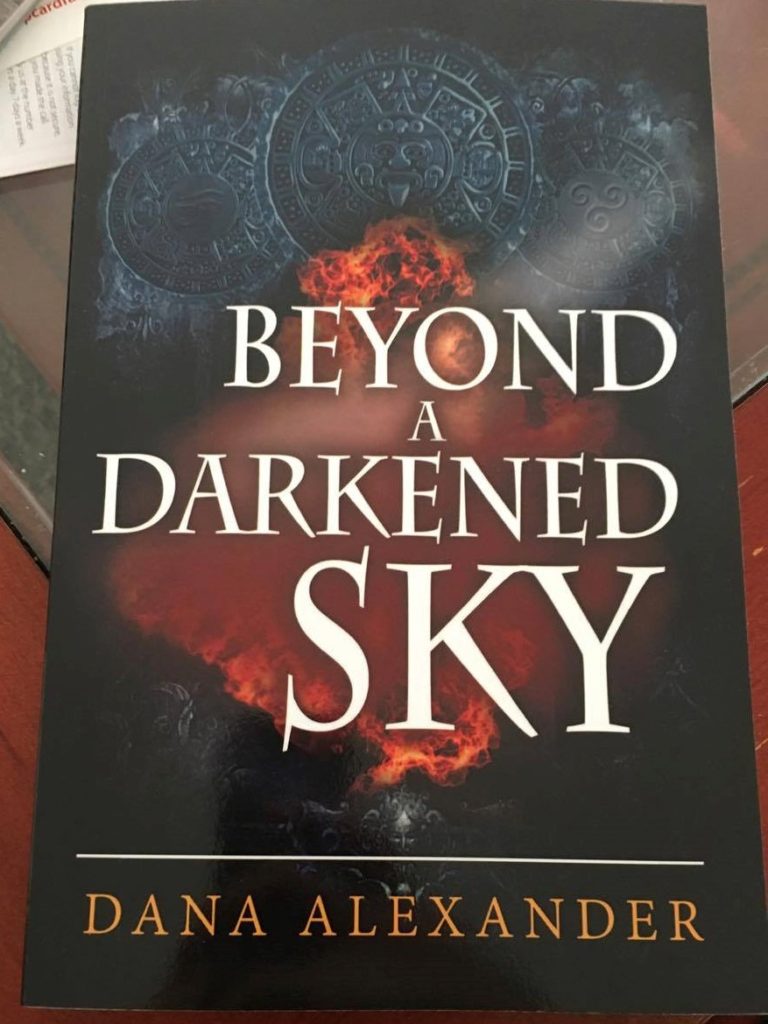 The series starts with Beyond a Darkened Sky that serves as a prequel. We are introduced to Sara Forrester. She’s a New York psychiatrist who realizes that her nightmares are more than troubled dreams when she’s called upon by Soltari to save humanity. Readers find out that Sara is actually a powerful being herself who has no memories of her previous life. Her mission is to find three mystic keys.

Accompanying Sara on her journey is Kevin Scott, who happens to be a great warrior. He has vowed to protect Sara across time and space. Those two also happen to be lovers, but Sara doesn’t remember. A thing I liked about the romance was Kevin not focusing on making Sara love him during their dangerous adventure. There’s a time and place for romantic entanglements, and I appreciated Dana not talking about it too much with everything else Sara has to deal with.

A Light Within is book two in the series. It continues Sara and Kevin’s adventure to find the three keys. The villainous Tarsamon is after them, and they need to try and be two-steps ahead of him. We get to know a bit more about Sara and her mission to save humanity from the growing darkness in this book. She needs the three keys of enlightenment to save everyone. 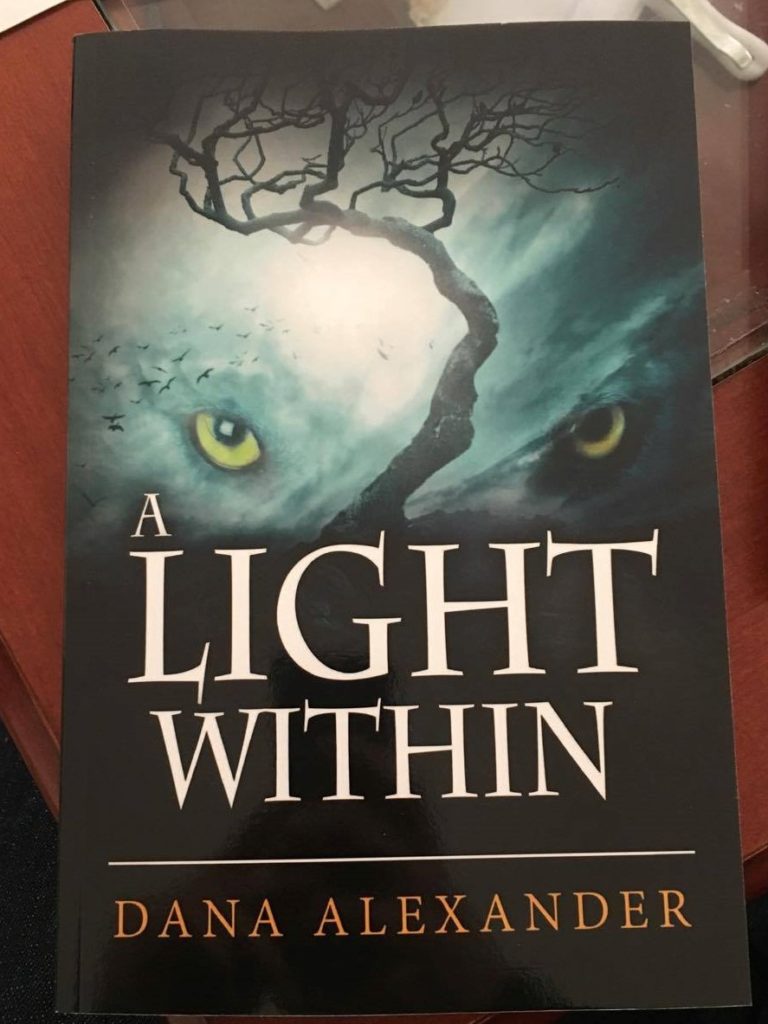 The second book has a lot of Druid mysticism in it, which I enjoyed. Dana also has a knack for writing well-detailed landscapes. You’ll easily be able to picture the environments she talks about in the story. The stakes are higher than the previous book, and while you know that Sara is bound to survive, you can’t help but feel a bit worried as she tries to obtain the first key.

The third book in the series is the Flight of the Feathered Serpent. It picks up from where the second book left off. Sara was able to obtain the first key and narrowly escaped with her life. To find the second key she travels to the Yucatan jungle and this time the story delves into Mayan mythology. Dana has clearly done her research and it shows in the story.

Darkness continues to seep into humanity, and Sara needs to hurry. She’s also able to transform into a hawk, so that’s was interesting. Furthermore, I liked how Dana made use of self-doubt and other negative emotions that people have as a way for evil to suck their life force. We can all do with a bit of positivity in our lives. Even the tiniest glimmer of light can help keep the darkness at bay.

Have you read The Three Keys series by Dana Alexander? What did you think? Let us know.

Note: I was provided this series for review by Smith Publicity, Inc. The opinions are my own.