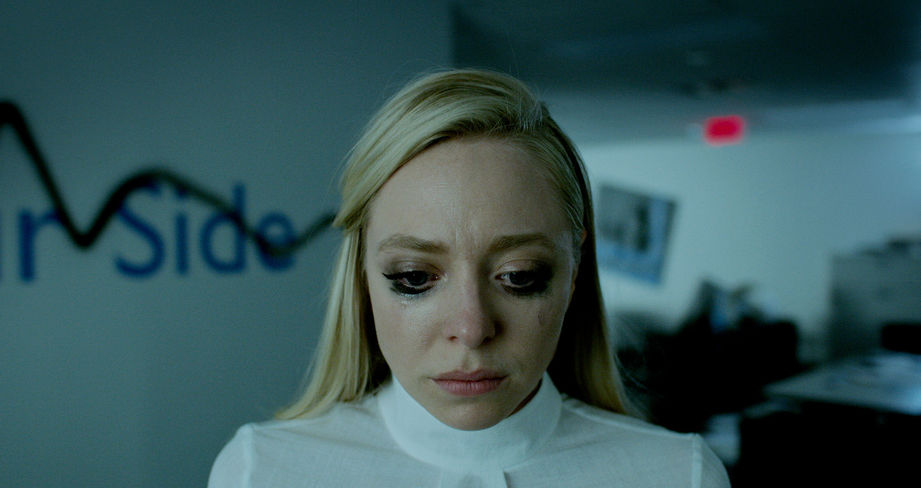 The fifth episode of the third season of Mr Robot “runtime-error.r00” was almost one entirely solid shot and my mind was completely blown by its execution.

It took me a while to realize “runtime-error.r00” was lacking any cuts. In the very beginning Elliot alludes to this by saying “when code runs it should run straight through without interruption until all the tasks are completed.” Indeed there were a lot of tasks to be done in this episode starting with Elliot needing to meet his sister downstairs. This ended up being the least shocking part of the entire episode, though, as the protests outside soon erupt into a riot that storms the building. Once this begins, Elliot exits from the narrative and it focuses entirely on Angela and her list of tasks.

While Angela is a controversial character by many due to her decision to side with Mr Robot and work for the Dark Army, you can’t say that she lacks will or bravery. Walking through an active riot and performing an act of sabotage against one of the most powerful corporations in the world takes some guts. It was during the riot and the elevator ride up to her office that I noticed we had not yet cut away at any point so far. That’s when I really started to pay attention to the artistry of the episode. It was fabulously executed.

There were a few moments where there could have been subtle cuts, for example when a shot got too close to an object and nearly goes black or when it panned through smoke and had a white out for a brief moment. It’s very likely that they did sneak some cuts into that, but honestly it’s so well done and subtle it doesn’t take away from the intention of the long shot choice at all. It was designed not only as a nod to Elliot’s line of dialogue earlier in the episode, but as a way to ramp up tension and immerse us in these fast paced and chaotic series of events. 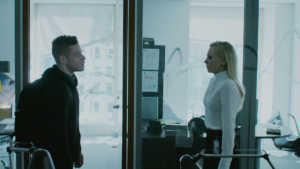 Speaking of immersion, shout out to the “Bernie Forever” sticker under the person’s monitor at E-Corp. At least we didn’t have to look at Trump this episode, right?  I love how this universe runs parallel to ours, but is so very different.

Also (on a completely different topic) shout out to the older woman in that same room who ended up being a computer genius. Smash those stereotypes. Old women can kick ass on a computer too.

But back to the long shot. It’s incredibly hard to produce this type of effect. When I went to film school one of our assignments was to create a four minute long shot and that was incredibly difficult to do. This one was forty four minutes long, involved multiple stories and indoor and outdoor shots (god, my heart hurts for the lighting crew for that part), dozens of extras, and essentially the destruction of the entire set. If there’s a “behind the scenes” documentary on how this episode was accomplished I’m dying to see it.

I know I’ve spent 500 words rambling about camera work in “runtime-error.r00”. A lot more happened in this episode than just that, I know. But damn it was beautiful. Still, even though it was heavily visually focused, we got a lot of information. Elliot knows Darlene is working with the FBI. Elliot also now knows that Angela knows about Mr Robot. Unemployment is at 26%. China is annexing the Congo. Angela is a much better hacker than I thought she was (seriously, I know she’s not as skilled as the others but how did she pull off instructions meant for Elliot? Where did those skills come from? Damn girl.) Also, Bernie people are still annoyed and subtly sporting merch all over the place even in this alternate timeline. Some things never change, eh?

This show continues to impress. “runtime-error.r00” was no different in that regard. With only four episodes left I’m bracing myself for a potential ‘twist.’ Unlike with M Night Shyamalans twists, I’m not at all sick of Sam Esmail’s constant shockers. They don’t feel like gimmicks. They are genuine artistic choices to convey aspects of the story. Please, Esmail, give us more.