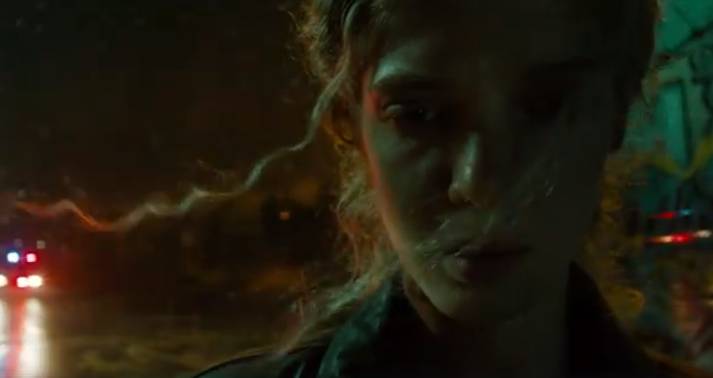 Facebook Watch might not be your go-to platform for enjoying a streaming series, but the premiere of Sacred Lies was a pleasant surprise for me. If that’s the quality Facebook Watch will be putting out, I am looking forward to seeing what more the platform will offer.

The first three episodes of Sacred Lies premiered on Facebook Watch on July 27, 2018. The 10-episode series is from executive producer and showrunner Raelle Tucker (True Blood, The Returned, Jessica Jones) and produced by Blumhouse Television. It is based on the classic Grimm Brothers tale The Handless Maiden and Stephanie Oakes’ novel The Sacred Lies. And yes, the main character Minnow Bly really is handless. So, a fair warning to those who might not be ready.

The series is about a handless teen who escapes from a cult and finds herself in juvenile detention, suspected of knowing who killed her cult leader.

The cast includes Elena Kampouris (My Big Fat Greek Wedding 2, Before I Fall, Men, Women & Children) as Minnow Bly, Kevin Carroll (Being John Malkovich, The Object of My Affection) as Dr. Wilson, Kiana Madeira (Taken, Dark Matter) as Angel, Ryan Robbins (iRobot, Sanctuary) as Samuel Bly and Toby Huss (King of the Hill, Halt and Catch Fire) as The Prophet.

You can go ahead and experience the first three episodes of Sacred Lies on Facebook Watch. As of writing this, the first episode titled ‘Chapter One: The Handless Maiden’ has garnered more than 200,000 views. New episodes will be released every Friday at 6 PM PT/9 PM ET.

The production design and the direction featured in Sacred Lies took me by surprise. Also, going by what was shown in the first three episodes, scenes showing Minnow being handless aren’t shot in an exploitative manner. So, if you are looking for a grim YA story, I recommend you check out this series.

In related news, Facebook Watch will be releasing teen soap Turnt on August 1, 2018.

Have you watched Sacred Lies? Let us know.

Previous:Disney Acquires Fox! Will X-Men: Dark Phoenix and New Mutants Be Released?
Next: NatGeo’s TCA Party Was Worth the Lack of Sleep