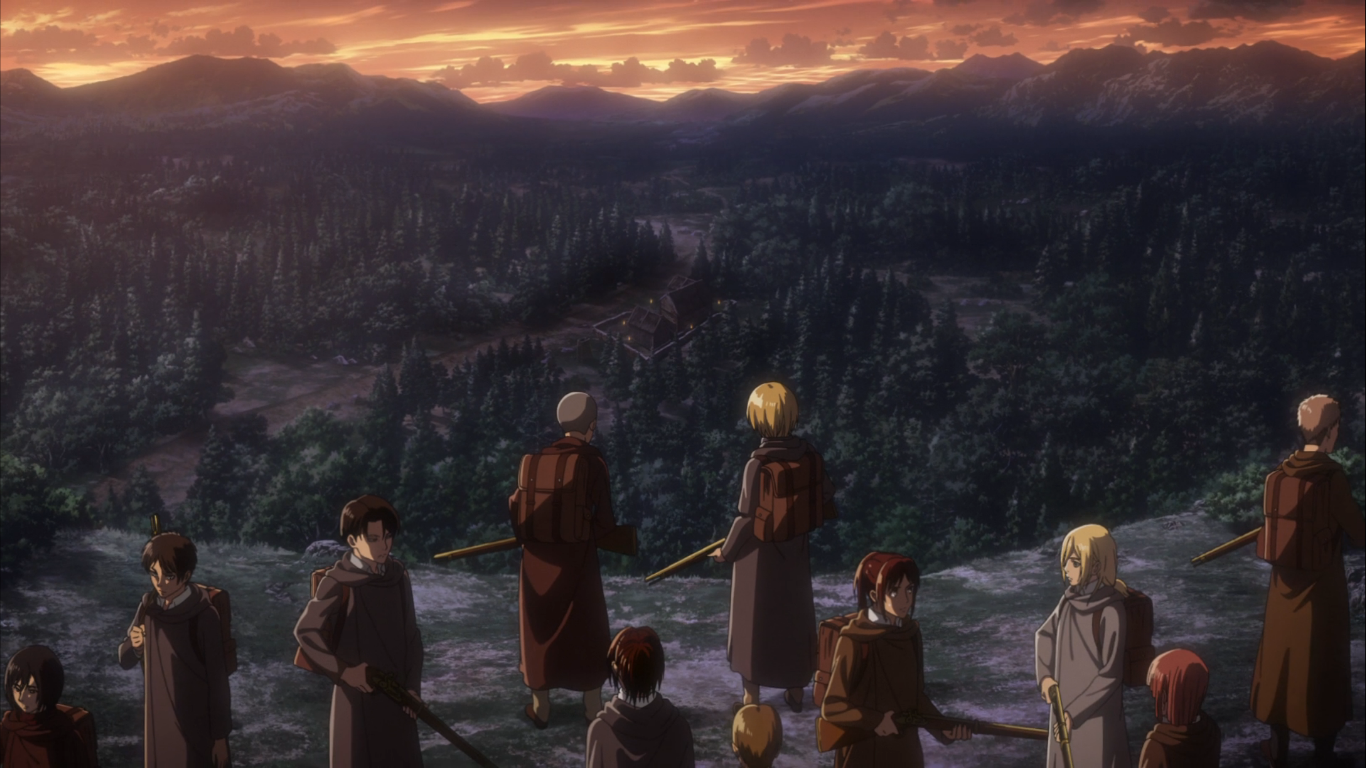 So Attack on Titan is back for season 3! The first episode premiered while I was at a panel at San Diego Comic-Con, so please enjoy this double dose as we start the new season. Both “Smoke Signals” and “Pain” hit the ground running.

Season 2 was pretty slow, action wise. There were some pretty big Titan attacks, but for the most part it seems like they spent most of the season talking. We still have some important conversations – some major philosophical discussions have happened – but season 3 already seems more fast-paced and action-packed, plus we’ve gotten two major revelations! In “Pain”, we learned that Historia is actually the heir to the kingdom – as the Reiss family are the actual rulers, who are kept in secret so as to not be put in danger – and Levi’s last name is Ackerman… which, you know, is Mikasa’s last name as well.

Historia being the heir certainly explains why she’s so important to everyone, and why Pastor Nick was willing to die to protect her. I’ve no idea if Ymir is aware of this fact, but I feel like she must be, on some level. Needless to say, this was a huge shock to everyone, but unfortunately both Historia and Eren have been captured… by the Reiss family. Historia, for the moment, appears to be safe, but Eren is still bound and gagged when we end the episode. Do they simply want him for his Titan-shifting powers, or for something more sinister? 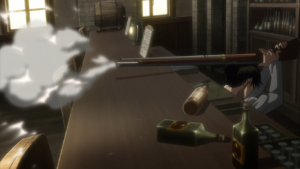 Both “Smoke Signals” and “Pain” featured some amazing action sequences starring this girl’s favorite Scout, Levi. I mean, seriously, Levi was unbelievable in these first two episodes, which I think makes up for him being injured during most of season 2 and unable to perform to his badass best. The scene in “Pain” where he’s cornered in the bar and he shoots the gun upside down, over the bar, behind him, based on the reflection he sees in the liquor bottle? I had to watch that scene multiple times. I made a noise that should not be uttered outside of the bedroom at that scene.

And the animation? I’m drooling at how good the animation was. The whole sequence with the Scouts fighting the Police in Trost was fantastic.

“Smoke Signals” and “Pain” are also amazing character episodes. What Armin alone has had to endure in these two episodes is enough to break anyone; he was basically sexually assaulted while acting as Historia’s body double, and then he had to kill a human being for the first time in order to save Jean. When they’re all at the table listening to the torture, Armin says that none of them are good people anymore… chills. This season is knocking it out of the park so far and it’s only been two episodes. The Scouts never thought they would have to kill humans, and now they’re dealing with an elite force of the Military Police that has been secretly dispatching “problematic” people for decades. Titans are no longer the only enemy. My poor babies.

Have you guys seen “Smoke Signals” and “Pain”? What did you think?