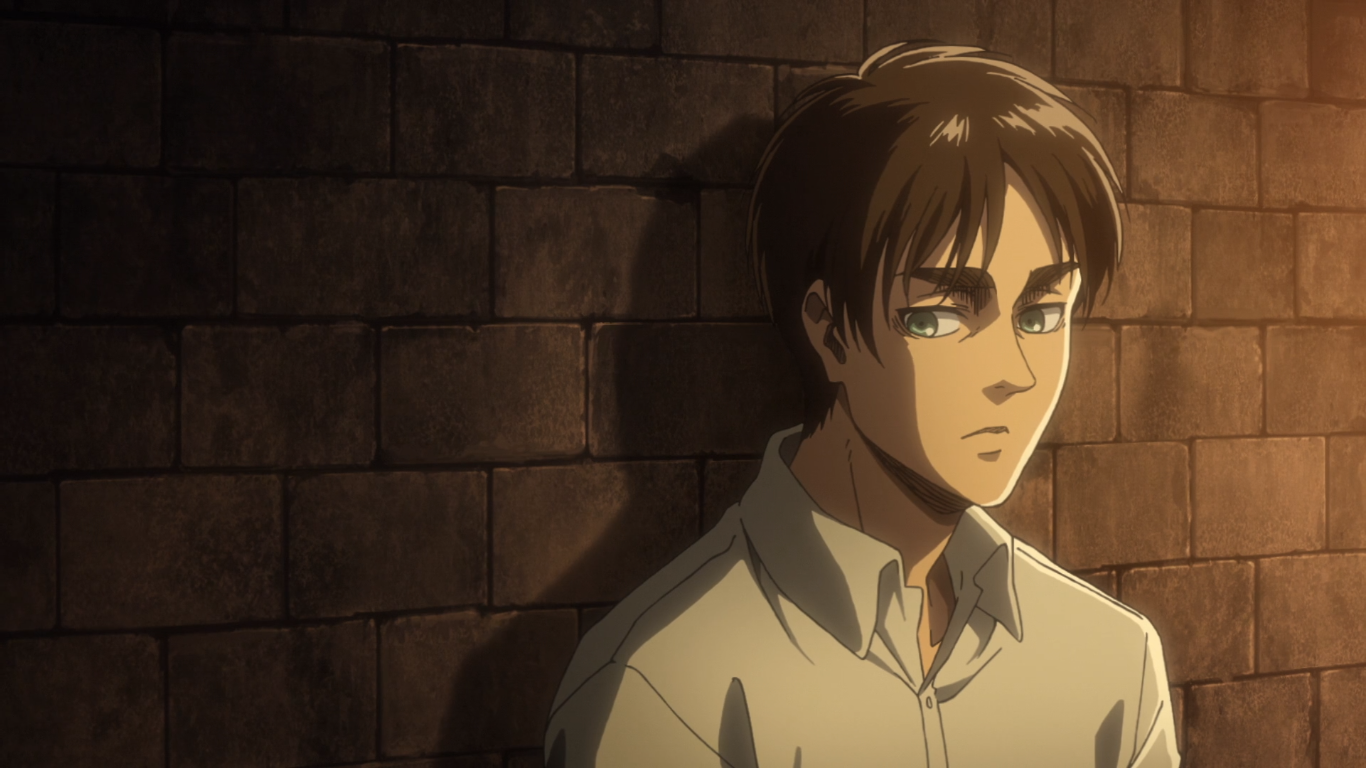 Roll credits. This week’s episode of Attack on Titan – Shingeki no Kyojin in Japanese – is “Attack Titan”. Or… “Shingeki no Kyojin” in Japanese. It’s like they’ve been telling us the secret all along, and we just weren’t paying enough attention to notice it. (Or didn’t speak enough Japanese.)

There is a huge information dump in “Attack Titan,” which leads to my mind continuing to be blown, as it has for basically this entire season. The biggest, perhaps, is the revelation that Titan shifters – or those who possess one of the original nine, at least – only have 13 years to live after receiving the power. It’s called “The Curse of Ymir.” This means that Armin only has 13 years left, and poor Eren has only 8. Without knowing when the others got their power, we can only speculate how long they have left.

I really hope this is something that gets explored later on in the series. I know it’s 13 years because that’s how long original Ymir lived after her powers, but I wonder if there’s a specific reason for that. Does the strain of repeatedly turning into a Titan lead to a premature aging process, or a breakdown at the cellular level? Is there a way to stop it? 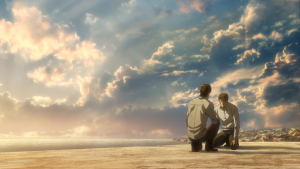 Then again, perhaps the biggest revelation is that all of the Eldians throughout time are connected. The lights that our Ymir saw when she became human again? That’s what those are. If a shifter dies without an inheritor lined up, a random Eldian baby will be born with their ability. But more than that, shifters are connected to their past and future hosts’ memories. The Owl (Eren Kruger, don’t think I missed that not-subtle-at-all name drop) mentioned Mikasa and Armin – two people who weren’t even born yet. But almost that exact same sentence – “In order to save Mikasa, Armin, and everyone else” – was something Grisha said to Eren the night he turned Eren into a Titan. Not to mention, the series begins with Eren waking up from a dream with visions from his future. (This could also possibly explain the break in Reiner’s psyche, if this is something they all experience.) 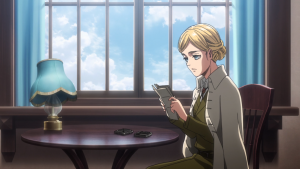 We also learned that Eren is only able to control the Coordinate power when he’s touching someone of royal blood. At the moment, the only person available with royal blood is Historia. Now, Eren thinks that they have to be a Titan for it to work. I’m not so convinced that’s true. I’m picturing Historia riding into battle on Eren’s head or something. But then…there’s always Zeke.

Can I get a “hell yeah” for the letter Ymir wrote to Historia? It’s a love letter, and she expresses regret they’ll never get to marry. Wow. (Speaking of the letter, I’m very curious about how Historia was able to see Ymir’s memories after she touched the paper like that? Is that because they are all connected? Is it because she’s royal blood?)

I thought once we found out what was in the basement we would have answers, but all I have is more questions!