Attack on Titan 3×13 Review: “The Town Where Everything Began” 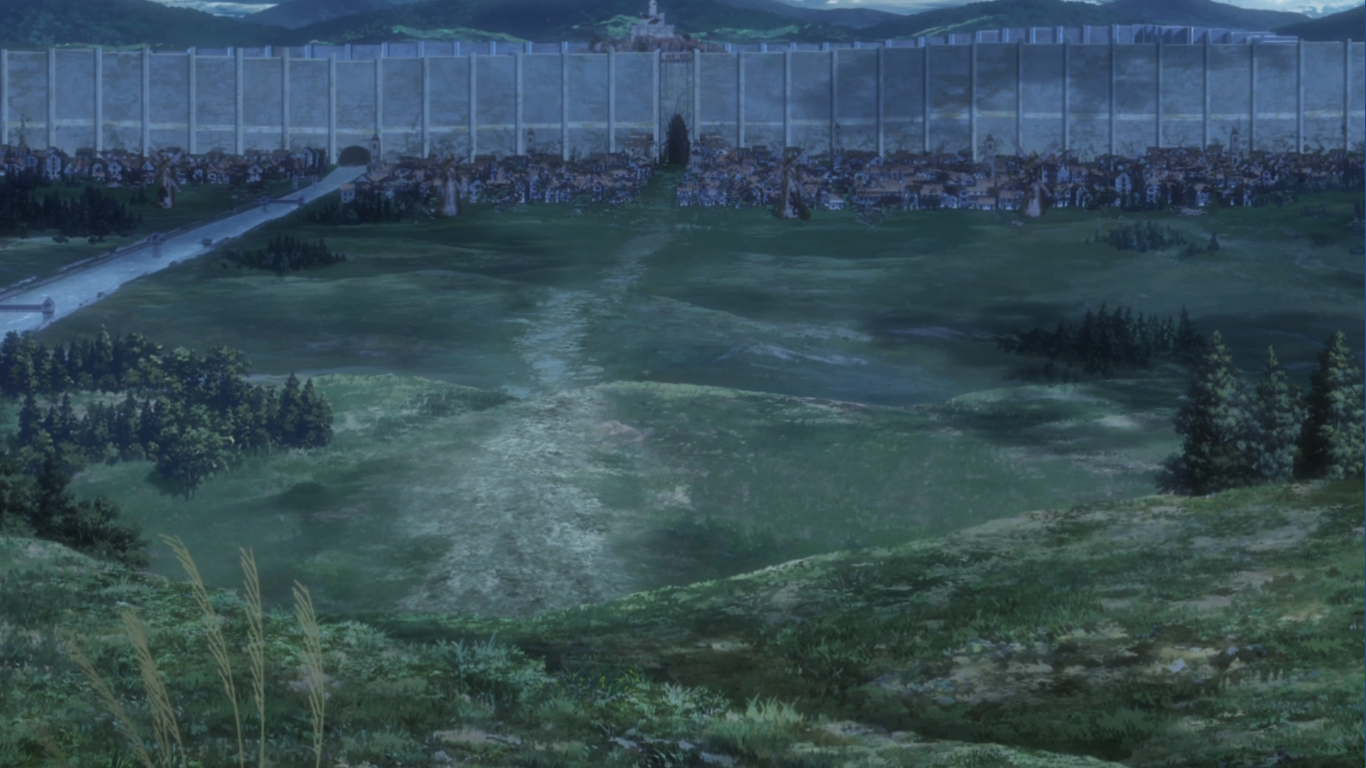 Attack on Titan Season 3 has returned with “The Town Where Everything Began” as the Survey Corps heads to Shiganshina – Eren, Armin, and Mikasa’s hometown – to plug the hole in Wall Maria and hopefully score a decisive victory in the war against the Titans. But this Attack on Titan, and things are never just that easy.

“The Town Where Everything Began” does a great job of building up the tension. Even though everyone is nervous about their mission, it is really the calm before the storm. They only spot one Titan on their trek through the woods, and it’s asleep. They manage to make it to Shiganshina and plug the hole in the outer wall – complete with uplifting music – and even though we’re shown Bertholdt and Reiner hiding before Eren plugs the hole, you still get the sense of accomplishment that they’ll complete their goal.

And then everything goes to hell, because this is Attack on Titan.

Oh my Levi, that was an amazing episode. Levi’s quick reaction when they discover Reiner in the walls – to stab him in the neck like that, realize it wasn’t working, and then retreat – is one of the many reasons why I want to have his fictional animated babies. But I also got a kick out of seeing Armin not only take command but also get the credit he deserves for being one of the smartest characters on the show. He’s so perceptive; it’s unfortunate that Beast Titan popped up and outsmarted everyone.

Seriously, where did they come from? Where were they hiding? The way it was animated, it looked like they teleported in or something.

The animation is fantastic in “The Town Where Everything Began”. It had a real sense of depth; it felt like 3D animation in a 2D cartoon. The score was also amazing; music is used extremely well in Attack on Titan.

Armin mentioned three people camping and a possible fourth acting as a scout – and I can’t help but notice that we haven’t seen Ymir since she swanned off with Bertholdt and Reiner. There was also a decent amount of time focusing on Armin trying to figure out what they were drinking – it’s probably just coffee, but it also may be a way to show just how little is known about the world outside the walls.

What a great return! “The Town Where Everything Began” jumped right into the action. I didn’t think we’d get to Shiganshina in the first episode, and we’re already embroiled in a battle with the Titans.

Previous:New Haikyuu!! Spinoff to Launch on Shonen Jump+ App
Next: Blink and You Probably Missed the MCU’s “First Gay Character”