Blink and You Probably Missed the MCU’s “First Gay Character”

Did you see the influx of articles surrounding last week’s record-setting debut of Avengers: Endgame where directors Joe and Anthony Russo talked about the introduction of the first openly gay character in the MCU? Did you then see the movie and wonder where the hell this gay Endgame character was? So did a lot of people.

If you have no idea what I’m talking about, that’s not surprising. If you blinked, sneezed, or had to run to the restroom, it’s entirely possible that you missed it. Thankfully, I only saw these articles after having already seen the movie, so it isn’t like I went into the theater ready to see this famous gay Endgame character only to leave in disappointment when it turns out this much-hyped “groundbreaking” representation in the MCU was an unnamed, one-off side character early in the film.

The character in question only appears in one scene. Right after the time jump, we see that Steve is leading a support group for people who lost loved ones in the snap. One of these group members, played by Joe Russo himself, is talking about how he just started dating again, and casually mentions that his date was a he. This character never appears again in the film.

That’s it. That’s the groundbreaking representation in a decade-old franchise. And perhaps it is groundbreaking – for the MCU, seeing as how in 22 movies there have been no openly LGBTQ+ characters, despite featuring multiple characters who are canonically queer in the comics and casting them with actors who are completely open to exploring that side of the character. (For example, Tessa Thompson has been very vocal about Valkyrie’s bisexuality.)

The Russo brothers recently gave an interview about introducing the MCU’s “first gay character” where they said that the character being gay “will get attention”, but honestly the only attention I’ve seen is from the outlets who are reporting on this interview (which now includes us – perhaps I should rethink this). That character was so unimportant in the grand scheme of this film that in all of the various online discussions I have seen and participated in, literally no one has talked about it except in the context of commenting on this interview.

They talk of it being an important first step, and I suppose it is, but it’s a step that should have occurred ten years ago. Making a blink-and-you-miss-it character as the first LGBTQ+ character isn’t representation the way the LGBTQ+ community has been asking for, and it certainly isn’t worth the celebratory back pats they’re given themselves for including it. The MCU is 58 hours and 37 minutes long, and a gay character is in 5 minutes of that. It’s 2019, gentlemen. That’s not good enough anymore.

I appreciate that the Russos wanted the moment to be casual. If we want non-hetero sexualities to not be a big deal, we need to treat them as not being a big deal. Because they shouldn’t be. But, honestly, it’s still kind of a big deal to be anything but straight, and there are completely casual ways to go about it that would have had a lot more impact that one line in a three-hour movie. The MCU should take a lesson from Deadpool 2, which just went ahead and gave Negasonic Teenage Warhead a girlfriend and didn’t make a big deal about it.

So in short, thanks for the attempt, I guess, but come on, MCU, this is literally the absolute least you could have done. At least get an openly gay actor to play this character. You can do better. 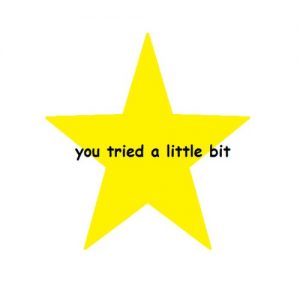