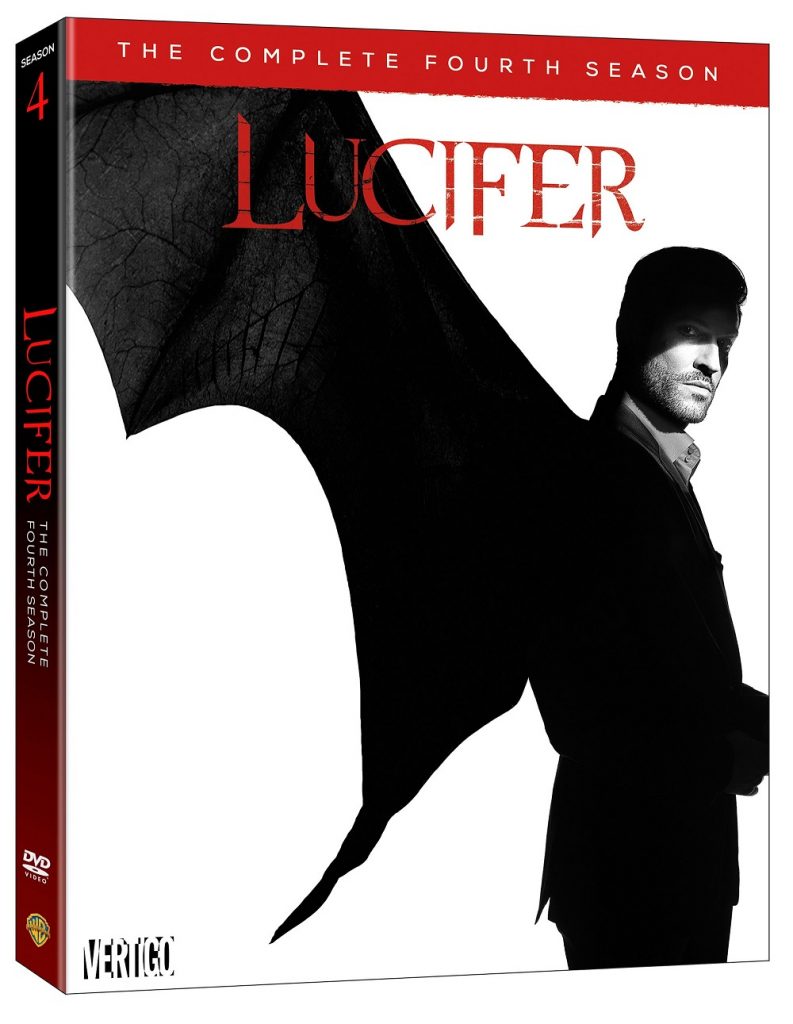 Fans eagerly waited for Lucifer Season 4 to debut on Netflix on May 8, 2019, after the streaming giant saved the series. And yes, it was amazing to see how Netflix kept what made Lucifer grow a passionate fandom while taking things to the next level. Available on Digital, you can own the complete fourth season of Lucifer on Blu-ray and DVD today!

I was provided free screeners of Lucifer Season 4 for review by Warner Bros. Home Entertainment. The opinions I have shared are my own.

While the fandom had to go through weekly episodes from season 1 till season 3, Netflix made the 10-episode long fourth season available to binge. So, of course, fans began asking for another season as soon as they were done watching. The streaming service confirmed in June of 2019 that the series will be returning for a fifth and final season.

There are some reports about it getting a sixth season. But we will have to wait and see. For now, the fifth season will have a total of 16 episodes that will be released in sets of eight. Also, the production of season 5 has been halted due to… well, you know what.

Anyway, coming back to the very enjoyable Lucifer season 4, one of the questions the fandom had dealt with was how Netflix was going to handle gore, violence, and nudity. Well, perhaps to the disappointment of some fans, the latest season didn’t have any full frontal nude characters walking around. We did get some good-looking shots of Tom Ellis‘s bare backside. So, there’s that. There was also more pronounced violence and gore, in my opinion.

I think the writers did a good job of giving ‘more’ to the fandom without it being too much of a drastic shift from what the narrative delivered during the first three seasons. Maybe things will be amped up more in season 5? We will have to wait and see.

The budget did feel bigger. So, that was a plus. I think Lucifer’s devil makeup looked cooler than what it was before. The finale of season 4 showed him with devil wings, claws, and all that jazz. The scene where the demons bowed to him was very powerful.

Detective Chole (Lauren German) realized that Lucifer was the Devil during the finale of season 3. The fourth season picked up a month after the events that occurred in the third season. Their relationship played a big role in the latest offering, and I think I’m okay with how everything turned out by the tenth episode. Even though Lucifer had to go back to being the King of Hell, at least Chloe had accepted him for who he was. And we all know they will see each other somehow.

While the usual cast returned, we also got new characters. There’s Father Kinley, who wanted Lucifer gone. And Eve, one of the more interesting characters (in my opinion), was added to the story because she’s unable to get over her obsession with Lucifer.

Of course, the murder-mystery element was present throughout the season. And while figuring out the identities of the murderers is fun, the fandom’s rightfully more interested in the larger character arcs, and I think the writing team delivered in that aspect.

Again, you can purchase the entire fourth season of Lucifer on Digital, Blu-ray, and DVD.

The extra content in the online screeners I got included a handful of deleted scenes. They were okay, I guess. You could tell why they were cut. Also, I’m not that into deleted scenes when it comes to TV shows.

Are you a fan of Lucifer?