The penultimate episode of Lovecraft Country gave us another history lesson while setting the stage for what to expect in the finale. ‘Rewind 1921’ will likely end up being one of the best Lovecraft Country episodes for many.

Those who have watched HBO’s critically acclaimed Watchmen series know what happened in 1921. The real-life Tulsa race massacre served as the setting for ‘Rewind 1921’ with Tic, Leti, and Monstrose traveling to the past to get the Book of Names (the only way to save Diana from the dangerous curse).

With shows like Watchmen and Lovecraft Country bringing said tragedy to the forefront, it’s important to understand how horrific acts of racism played a role in shaping the life of minorities. While there are many people (usually belonging to the majority group) who say that such things occurred in the past and others should move on, it’s disingenuous to think that said events didn’t have a hand in how society continues to treat the Black community in the present.

Even though ‘Rewind 1921’ didn’t shy away from showcasing the horrors occurring that night, it still remembered to give a message of hope and perseverance to viewers.

Before I get into the main plot, I would like to talk about Christina and Ruby (who is clearly infatuated with Christina). Seeing Ruby ride away with Christina didn’t surprise me. There’s clearly a weird bond between them. Ruby’s still looking out for her sister, though. She made Christina promise not to harm Leti. So, at least that’s good.

I’m looking forward to seeing what kind of role Ruby will play during the finale. Will Christina die or be trapped, then Ruby becomes the next big bad? Let’s see.

Coming to the main plot, I liked how the cast was separated during the latest mission. Hippolyta came back to save her daughter. She served as the motherboard for the time machine. Leti, Tic, and Montrose jumped through the portal that Hippolyta opened and proceeded to handle different objectives. With only a few hours left before the massacre, they had to be quick.

‘Rewind 1921’ focused a lot on Monstrose and Tic’s relationship. He’s not happy about Leti giving up Tic to Christina to save her future son. He also told Tic that George might be his real father. So, the trio already had a lot to deal with before jumping into the portal.

With Monstrose being a kid during 1921, going back made him remember a number of bad memories. Seeing his younger self be physically abused by his father as well as the past versions of his wife Dora and brother George (both dead) didn’t help his state of mind.

The episode was all about making Tic realize Montrose’s childhood. However, it didn’t excuse Monstrose continuing with the cycle of abuse to the detriment of his own son. No child should be abused because their parents are incapable of addressing personal issues. Here’s to hoping the two treat each other better going forward.

‘Rewind 1921’ also gave us an explanation behind the stranger that once came with a baseball bat in hand to save young Montrose. Wanting to protect the life of his boyfriend Thomas, Montrose ran to the place where young Montrose and Thomas were attacked.

I liked how such an emotional scene was written. Of course, Montrose wanted to save Thomas even if taking such a risk meant changing the future. I loved how Montrose pleaded with Tic to let him go because, in Montrose’s opinion, nothing would change. His younger self would continue to make sacrifices because being Tic’s father was the most important thing for Montrose.

The entire thing kind of reminded me of what Klaus tried to do in Umbrella Academy Season 2. I would have liked to see Thomas survive, but I guess the writers weren’t going to allow the characters to risk messing up the timeline in such a manner.

With Thomas being shot dead, it dawned on Tic that he had to step in to save his parents and George. Tic’s revealed to be the stranger with the baseball bat that protected the kids that night. Seeing it all come full circle was a joy to watch.

As for Leti, after being chased by a couple of white people she found herself seeking refuge at Dora’s house. Tic’s great-grandmother Hattie picked up on Leti’s suspicious appearance (she was wearing a pair of modern shoes) and the two had a heart-wrenching conversation as the house burned down around them.

Hattie realized she was going to die, yet she was glad about her lineage continuing through Leti. I don’t know if showing Hattie being burned to death was necessary, but Lovecraft Country went that route. A rendition of Sonia Sanchez’s poem ‘Catch The Fire’ amped up the emotionally-heavy moments.

Also, I have to share that I saw how Twitter was joking about Leti forgetting how to run when she’s walking back to the weakening portal with the Book of Names in her hands. But after what she just went through, I don’t blame her for taking the time to cope with the unfortunate events. She was probably too stressed to make herself run.

‘Rewind 1921’ ended with Hippolyta’s body unable to keep the portal open as Montrose and Leti managed to jump through it (Tic had already gone back to support her aunt). Seeing Hippolyta’s hair change to make her look like Diana’s fictional comic book character was an “Oh! Wow!” moment for me.

So, with our heroes in possession of the Book of Names, Diana will be okay, right? I need her to be okay.

With the finale airing next Sunday, let’s see what kind of plan they come up with to stop Christina and save Tic’s life.

Fingers crossed we get to see Ji-Ah again during the finale. I don’t know about you, but I’m still disappointed at how episode 8 treated her. The baseball bat scene connected to Tic’s dream that we saw during the premiere. In said dream, an alien resembling Ji-Ah came down from a spaceship. Do you think Ji-Ah will come to save Tic at the last second? Again, I want to see more of her. 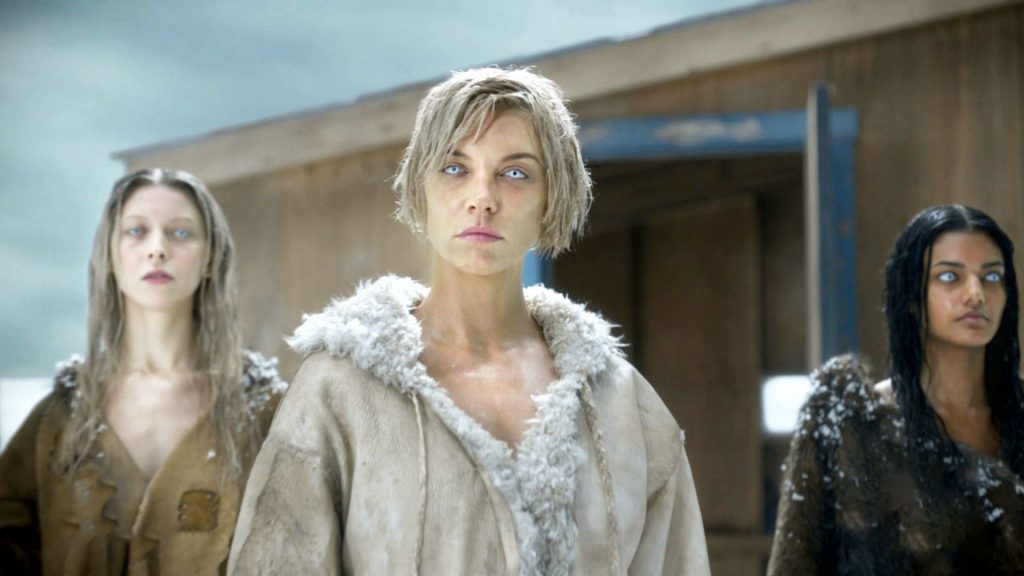 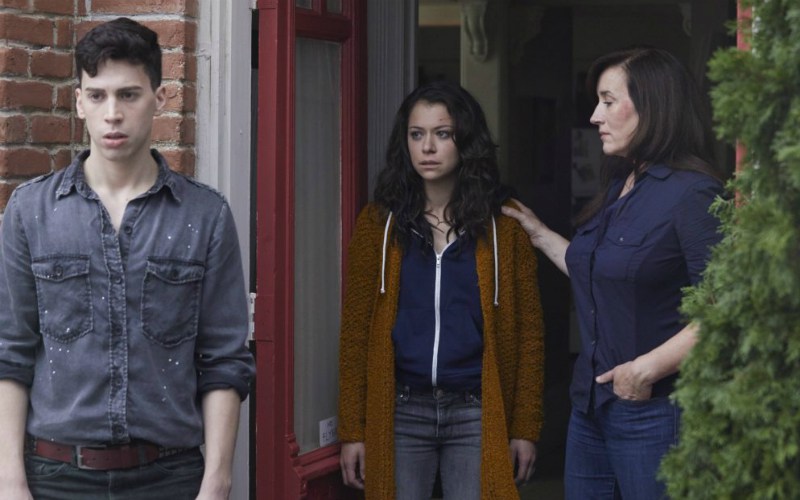 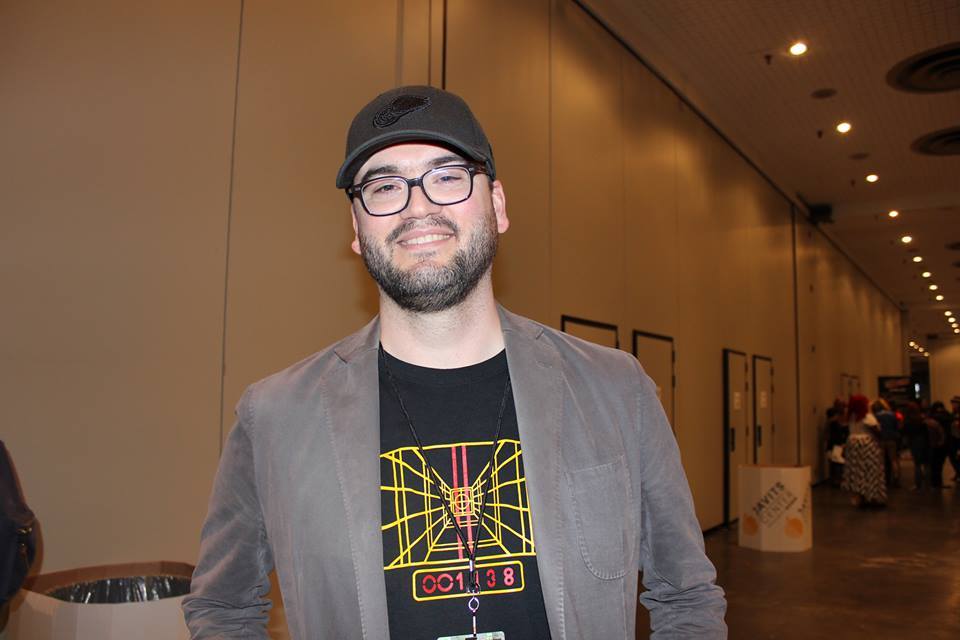