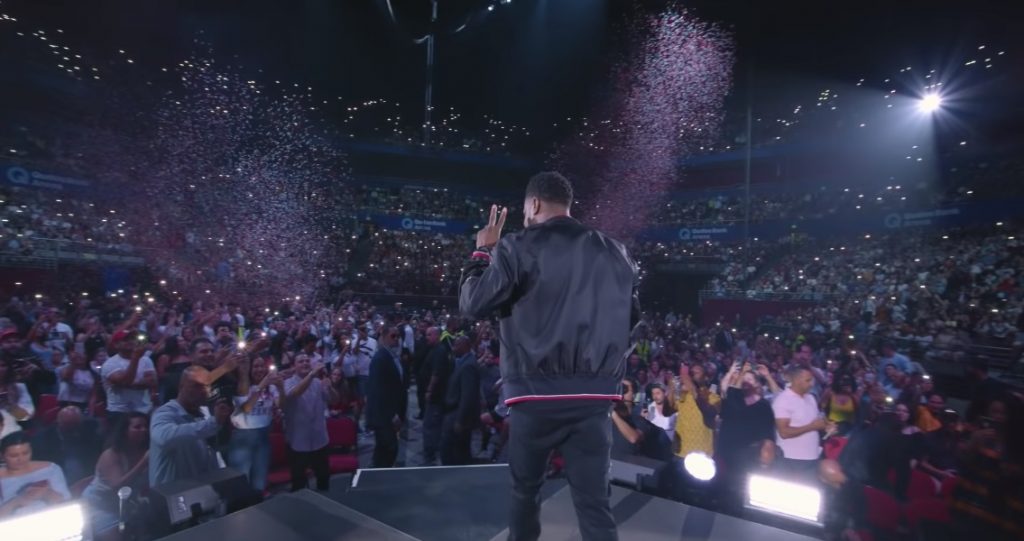 The trailer for Kevin Hart’s upcoming Netflix Docu-series Don’t F**k This Up has been released and it’s everything you would expect from someone trying to clean (a portion of) their image by playing the victim card. Why the heck can’t Hart leave the queer community alone?

When the six-part Don’t F**k This Up docu-series was announced, I had some opinions to share. From the premise alone, it was clear the entire thing was going to be a pity party from Hart trying to address some issues in the most unimpactful manner. After the entire debacle involving his homophobic jokes, he could have (and should have) moved on.

In a sense, the LGBTQ+ community would have been okay with Hart staying in his own lane. But no. He had to use that particular controversy in this new documentary to earn money. This man will do everything in his power except for just simply apologizing for his past behavior.

The trailer opens with Hart getting the news about being the host for the 2019 Oscars. The shot is then followed by some woman talking about how he f**ked up. According to her, “The public perception is that he didn’t want to apologize, therefore he is homophobic.”

That line let me know everything I needed to get an idea about how the homophobic jokes controversy is likely going to be handled. First of all, the public’s perception isn’t that Hart didn’t want to apologize. The fact is that he didn’t apologize.

He kept saying he had apologized for those homophobic jokes numerous times (eye roll). The queer community asked for receipts and of course, Hart couldn’t display them. Because again, he hadn’t apologized.

Hart doesn’t seem to be apologizing in the trailer either. And I doubt he even will in the actual documentary.

Apparently, his background is the reason for certain actions, and that he has anger issues or something? I don’t know. I’m not really sure what this trailer is trying to say and how it relates to him continuing to not apologize for his homophobic jokes, yet using that incident to make such a doc.

Previous:Boku no Hero Academia 4×9 Review: Red Riot
Next: Power Rangers Getting Another Movie Reboot! Can We Just Not?