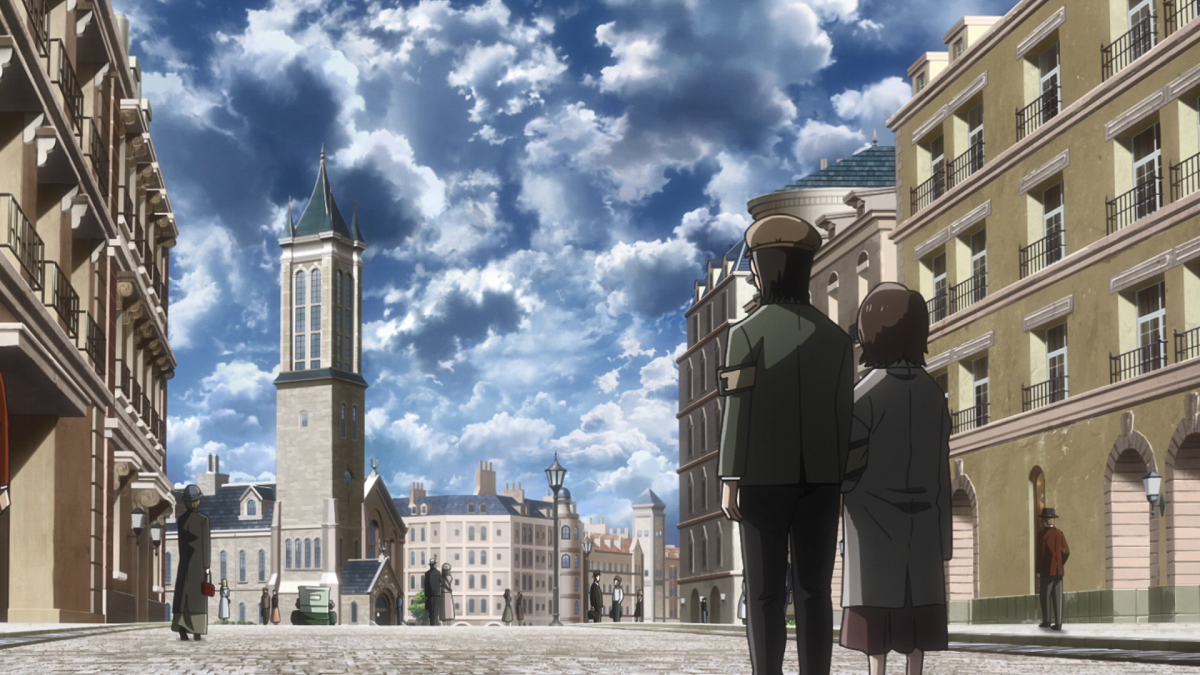 I never thought that watching an episode of Attack on Titan would drop me into a debate on morality and the appeal of violence as entertainment, but here we are. “That Day” takes us through Grisha’s memories and gives us some insight into just exactly is going on in this world. 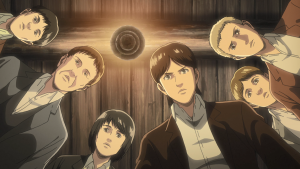 After finally learning what’s in the basement, “That Day” shows us a little of the history of the world. There is a longstanding battle between the nations of Eldia, whose people have the ability to change into Titans, and Marley. Looking past the obvious bias of Grisha’s perspective, it’s difficult to decide who is the villain in this situation. Marley’s treatment of the Eldians – forcing them to live in ghettos as second-class citizens as punishment for the sins of their ancestors – is appalling and unjust. But Grisha admits that he can’t read the scripture, so he is only assuming that the Eldians did nothing wrong. His hatred comes from trauma. He isn’t a noble hero fighting the “real enemy”. Yet the Marleyans are hypocrites for vowing to rid the world of Eldians while using Eldians for their own purposes. It just goes to prove that life is not black and white.

It goes even deeper than that, though. This knowledge makes the entire series up until this point infinitely sadder. The Scouts’ last, desperate charge was ultimately unnecessary. Humanity hasn’t perished; it is thriving outside the walls. Not to mention, everyone living inside the walls are descendants of Eldia, which means that the “evil” Titans they’ve been killing are their own people. The walls aren’t meant to keep the Titans out, but to keep the Titans in. This flips the entire series on its head.

It also makes Annie, Reiner, and Bertholdt’s crimes even more grave; they are Eldians who became official Marleyans and now look down on their own people because of it. I don’t know if they can really be held responsible, as they’ve been brainwashed from a young age, but they still caused the deaths of thousands. (It also makes you wonder what was going on with Zeke, that he would turn on his parents like that, then go ahead and obviously become what they wanted him to be.) 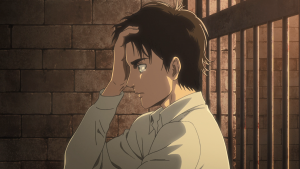 This episode also proves just how amazing this series is at foreshadowing. Grisha’s friends who become Titans in “That Day” are the same Titans who attacked in season 1. (His first wife is the Smiling Titan – the one who ate Eren’s mother, and was then killed on Eren’s orders. And you thought your family was messed up.) The season 2 ED also revealed a lot of the information we learned in this episode, even though us anime only people would have no idea what it means.

There is also a moment of breaking the fourth wall when Gross, though speaking to Grisha, addresses the audience when talking about the entertainment value of watching people get eaten by Titans. After all, we do that on a weekly basis when we watch this show.

I’m very curious as to what Eren will do with this information. We’ve gotten the Marley propaganda, and we’ve gotten Grisha’s biased interpretation, but we still don’t really know the truth.

This show just keeps getting better and better. I’m on pins and needles waiting for the next episode! (How long until I cave and read the manga?)

Have you seen “That Day”? What did you think?