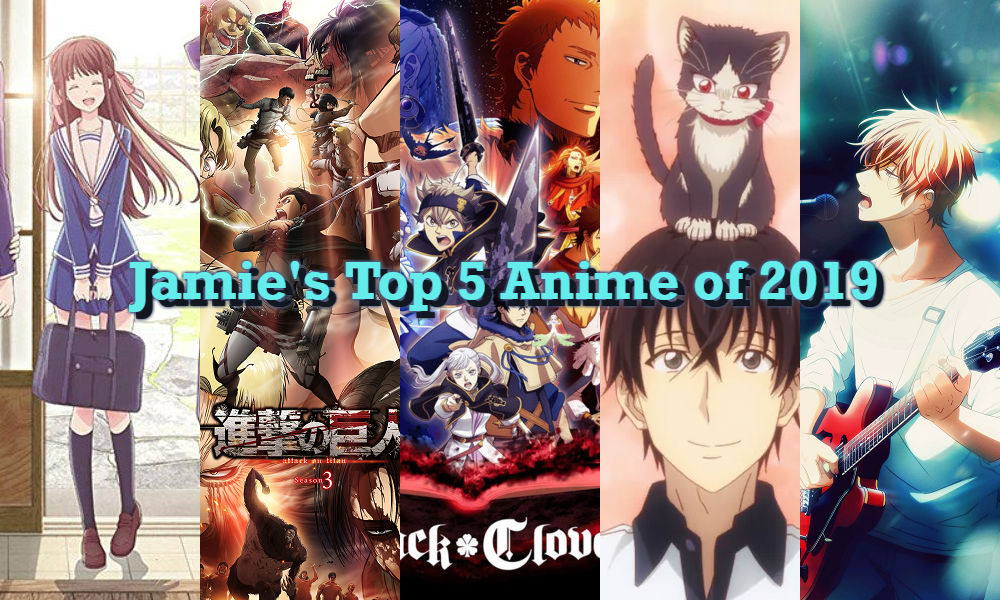 With the year drawing to a close, I thought I’d take the opportunity to look back on all the anime I’ve watched this year. So, in no particular order, allow me to present my Top 5 Anime of 2019!

I don’t watch as much anime as I want to (which is probably some kind of good thing, maybe), but it still wasn’t that hard to come up with this list of my top 5 anime from 2019. 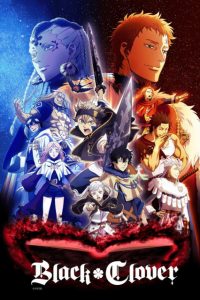 I wouldn’t even call Black Clover a guilty pleasure – I unashamedly love this ridiculous series about a world where everyone has magical ability except the main character, who somehow for some reason ends up with a sword that negates magic attacks, thereby allowing him to join the Magic Knights of the Clover Kingdom and fight bad guys.

It took me a while to get into this series because Asta screams a lot and it’s kind of annoying, but he eventually gets better, and the story gets really interesting. (Reading the manga helped – screaming isn’t as obnoxious when it’s just text on a page!) The elf reincarnation arc is amazing from start to finish.

Black Clover is an ongoing series so there are a lot of episodes to catch up on, but in my opinion it’s totally worth the time. There’s some unexpectedly insightful explorations of classism in amongst all the magic fights. 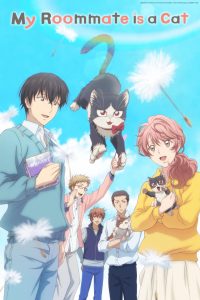 My Roommate Is a Cat

My Roommate Is a Cat is told in alternating perspectives – half of each episode is front the point of view of Subaru, a reclusive writer, and the other half is from the perspective of Haru, the cat he ends up adopting. When I started this  series, I was expecting a cute, fun story about a man and his cat and wow, was I wrong.

It is cute, and it is fun, but there are so many feelings in this series that it’s like an emotional gut punch with every episode. You wouldn’t expect a show about a guy and his cat to make you cry pretty much every episode, but My Roommate Is a Cat is a deep dive into the life of a guy whose parents died unexpectedly and he’s still dealing with his grief.

One thing I really like in this series is that there is no focus on romance. It’s all about Subaru developing personal relationships with the people around him. 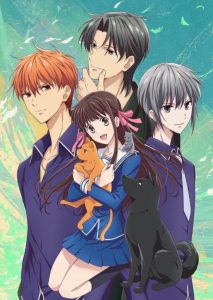 So I’m a relative newbie when it comes to anime and I was not around for the original 2001 adaptation of Fruits Basket. I started watching the new version because of one of the voice actors and holy jeez this became like an instant favorite.

For the uninitiated, Fruits Basket is about an orphaned teenager named Tohru who gets invited to live with the Sohma family in exchange for doing housework. The Sohma family are cursed to turn into animals from the zodiac whenever they’re hugged by a member of the opposite sex.

Fruits Basket is way darker than you would expect at first glance, and it’s so unbelievably good at exploring deeper issues, and I love all of these characters so much. One thing to look forward to is that, unlike the original, the new version will adapt the entire manga (which I binged after starting the anime). Season 2 comes out next year! 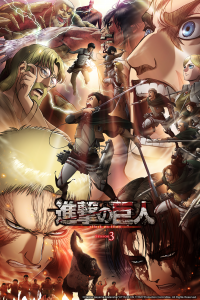 Talk about a game changer! I got into Attack on Titan just after season 2 was released, and when season 3 started last year, I could tell that the series was only going to get better. Season 3 part 2 turned the entire series on its head in the best way possible.

I’m holding out on reading the manga until the anime concludes (season 4 will be its last) but it’s hard, especially after the way season 3 ended. I’m hesitant to spoil anyone who hasn’t seen it and may want to check it out, because I think it’s a reveal best experienced without advance knowledge, but wow, I was on the edge of my seat during almost every episode. It’s just that good.

Also, for like, purely shallow reasons, season 3 is the season when my irrational crush on Levi jumped to 11. I mean, seriously, his action sequences in season 3 are a whole other level of insane. 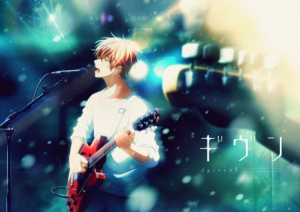 Yeah, it’s no secret that we here at The Geekiary tend to be massive fans of things that are gay, but Given deserves all of the adoration that we give it because it’s so good. BL as a genre tends to rely on a lot of problematic tropes and Given is out here just being a really good story about a relatively healthy relationship that just happens to be between two boys.

If you weren’t reading along with my reviews, I’m not sure I can express my love for this series in just a few sentences, but it really is a great exploration of both grief and discovering one’s own sexuality. Every character is super relatable, and the music is amazing as well.

Given gets a movie in 2020 (which we are really excited about) as well as finally being published in English, so there’s more good stuff coming for this series.

What were your top 5 anime from this year?

Tags: attack on titan, black clover, fruits basket, given, my roommate is a cat, top 5