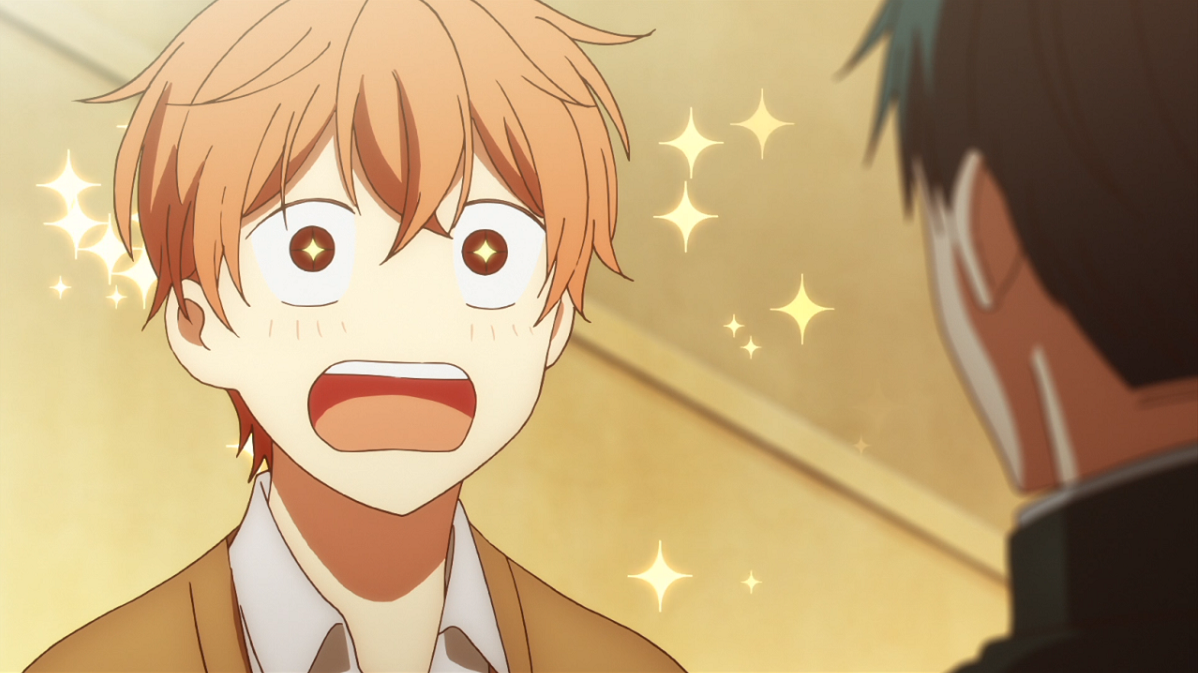 “Fluorescent Adolescent” is an excellent example of how to achieve a lot in an episode while very little actually happens. The plot is light but the character interactions and developments are massive.

I’m still giddy from the news that Given will be published in English, and then “Fluorescent Adolescent” comes along and just blows me out of the water. I was right to be excited about this series, and this episode is a stunning testament as to why. When you think about it, not a lot truly happens in this episode, plot-wise, but we are given more hints as to Mafuyu’s past, further evidence that Haruki is probably in love with Akihiko, and little moments that underline the growing attraction between Mafuyu and Ritsuka. It’s amazing. 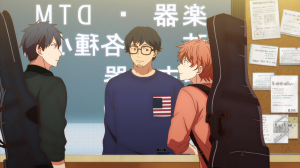 My favorite bits are, as I mentioned, the little moments that highlight the developing feelings Mafuyu and Ritsuka have for each other. Things like Ritsuka’s ears perking up when Mafuyu called his name, Mafuyu being jealous of Ritsuka’s classmate, Mafuyu’s sparkle when he learned that Ritsuka was writing a song for him, and the little blush they both got when Ritsuka referred to Mafuyu as one of his bandmates. These are so pure and wholesome and they just make me so happy. 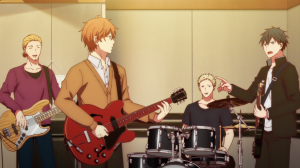 I also like the character moments with the band when they’re all together. The scenes of them hanging out in the diner chatting are fantastic. In “Like Someone in Love” we learned all about their part-time jobs, and in this episode, we get introduced to their music tastes. These conversations feel so natural and genuine. But even the montage of them practicing was great; with no dialogue, it still managed to emphasize what a kind and collaborative group they are. (Also, Ritsuka being such an Akihiko fanboy is adorable.)

Even though there was not much “action”, so to speak, in “Fluorescent Adolescent,” it still moved the plot along nicely. Mafuyu is officially in the band and they may possibly have a potential gig through Haruki’s friend (who you may recognize as being associated with the concert venue that Mafuyu now works at).

We also have some drama developing as the girls spread some rumors about Mafuyu in middle school. Considering that Kasai seems to have a crush on Ritsuka, I suspect she will use this nugget of information to her own advantage.

Previous:A Fulfilling Conclusion to an Epic Tale in “Vow of Thieves”