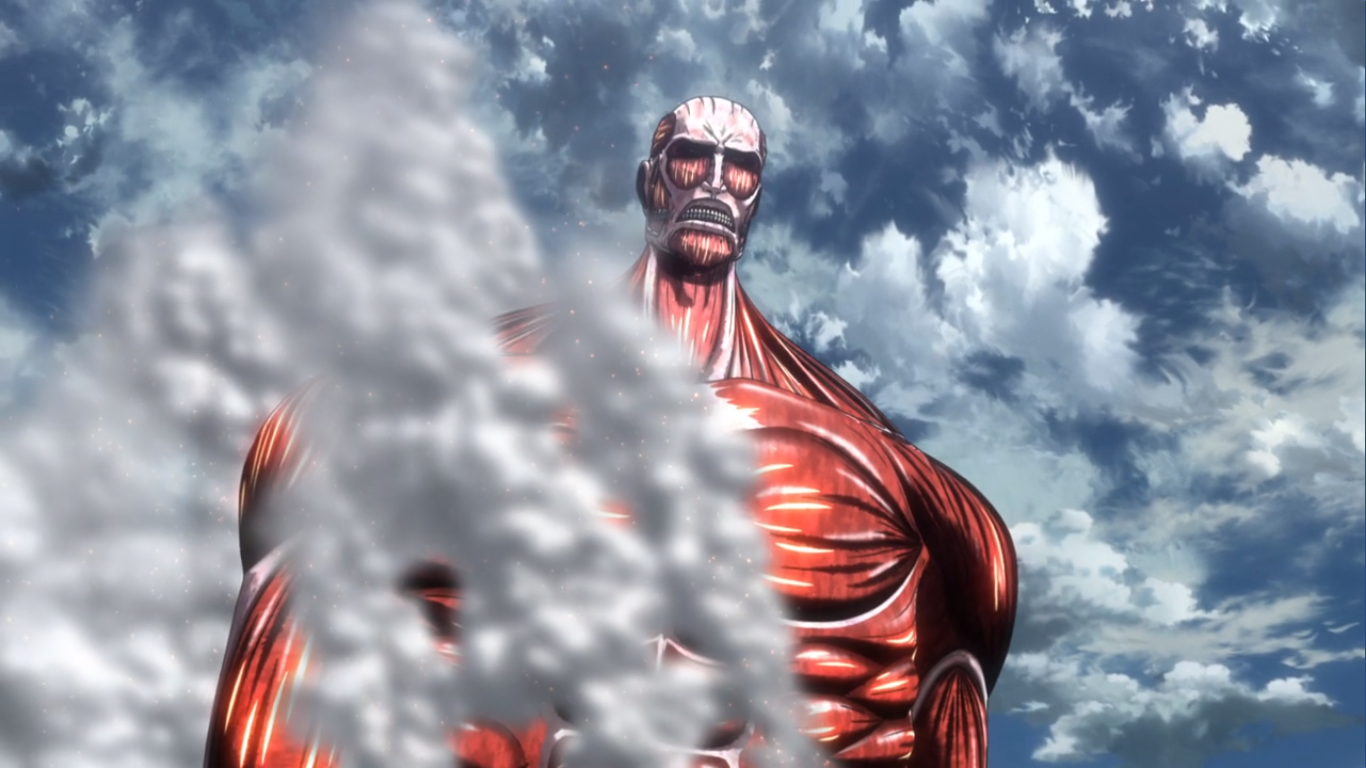 There’s no denying that Attack on Titan is depressing as hell, but this is the first episode in a very long time that has made me cry. “Perfect Game” showcases both the utter hopelessness of the human condition and the sheer resolve of the human spirit.

“Perfect Game” is a masterpiece of an episode; by far one of the best episodes of the season, if not the series as a whole. It’s tense from start to finish, and I was on the edge of my seat (metaphorically – I was actually laying down on my futon) the entire time. The Beast Titan is throwing boulders, the Colossal Titan is throwing houses, the Armored Titan is back in action. The Scouts are quite literally backed against the wall with no way out; any plan that anyone could come up with will surely lead to more senseless death. 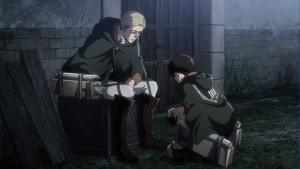 Farewell Erwin Smith, a true legend. In one episode, one character managed to convey multiple aspects of life. He has spend his entire life searching for answers, and now when he’s so close to them, he won’t get any. He could rail at the unfairness of it all, but instead he rallies the troops to a suicide charge in order to give Levi the slim chance of killing the Beast Titan. Torn between duty, his guilt, and his dreams, he prepares to make the ultimate sacrifice to give humanity a shred of hope. His speech to the Scouts was magnificent; I got goosebumps. All the awards to Daisuke Ono, who absolutely nailed it. That he was able to convince these scared youths to ride to their deaths is nothing short of inspirational, even if it is tragic. 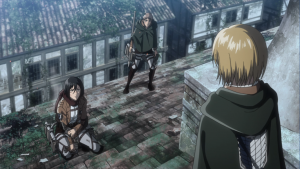 Armin is panicking; I appreciate that Jean was able to step up and be a leader. I’d love it if the rest of the 104th was given the chance to shine in moments like this, but I will absolutely take it for Jean. It’s hard to forget that these are essentially children being tasked to kill people they once considered friends. Armin is struggling because his plan didn’t work and now he’s questioning himself, but no one has lost faith in him, and that is a testament to everything this squad has been through together.

Everything was so well done. The brutality of the Beast Titan’s rock barrage was very well depicted – the screams in the background, the red mist, the falling bodies. The score was fantastic. The voice acting was amazing. The sense of utter hopelessness was pervasive. I watched this episode wondering what they would do and who we would lose before the end. (Although I will admit, Eren being punted like a football made me giggle, even though it’s supposed to be terrifying that he has virtually no impact against the Colossal Titan.)

One thing: “pitch” and “perfect game” are both baseball terms. Are we meant to assume that there is baseball outside the walls? What sort of civilization exists, and why are they so utterly hell-bent on wiping out the people who live within the walls?

Have you seen “Perfect Game”? What did you think?

Previous:The 100 6×03 Revew: “The Children of Gabriel”
Next: Netflix Show “Next In Fashion” To Be Hosted By Alexa Chung & Tan France!