Attack on Titan 3×22 Review: “The Other Side of the Wall” 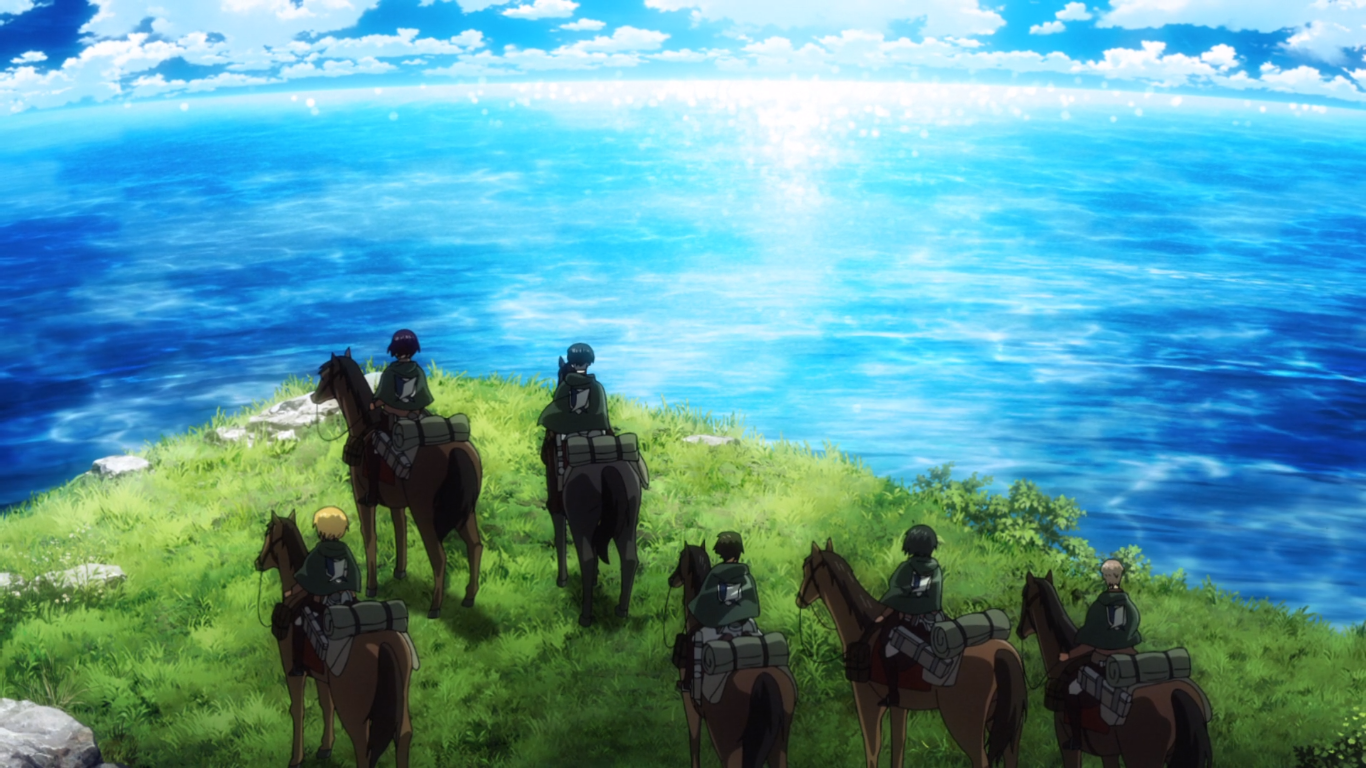 With the announcement that the fourth season of Attack on Titan will be its last, I went into “The Other Side of the Wall” both excited and apprehensive. The end of the series is coming, and with the almost complete 180 since the beginning of the show, what can we expect as we near the conclusion?

“The Other Side of the Wall” isn’t so much the calm before the storm as it is the eye of the hurricane. Still, as a season finale, this episode was fairly light compared to previous seasons. There was little action and a few moments of levity before the gravity of the situation reared its ugly head. Those brief moments of happiness where the Scouts discovered the sea may very well be the last time we see smiles on this show. Nothing good will come of this, and that’s a very depressing thought. 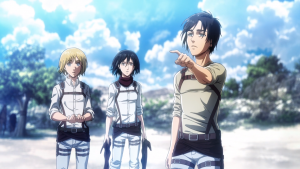 Was Eren right to focus on the truth? When he was young, being on the other side of the wall and seeing the sea represented freedom. Now, it is a painful reminder that their existence is not what they thought it was, and that on the other side of the sea is an even greater enemy who wants to completely wipe them out. Unlike his anger at the Titans for the attack on Shinganshina, here he seems almost resigned, as if acknowledging the cycle of violence will never end. His eyes convey such a crushing sense of hopelessness.

But at the same time, damnit, haven’t these people earned a second of happiness? Seeing Jean, Sasha, and Connie playing in the oceans reminded me these are kids. They’re what, 15, 16 years old? It’s a shame they’ve seen so much bloodshed at such a young age; I wish they had the chance to just be kids. 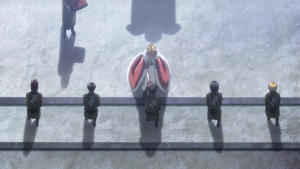 There are still mysteries to uncover. For example, I’m still extremely curious what it is the Reiss family “knew” that convinced them fighting Marley was either wrong or not worth it. When Eren touches Historia and gets a flashback of Grisha confronting Freda, I remembered that the Reiss family has always chosen not to fight. I have to believe there’s a reason, and the reason is important, otherwise, there wouldn’t be such a focus on it. But what could it possibly be, and is there any other way for them uncover it?

Where are Zeke, Reiner, the four-legged Titan? The Scouts’ journey beyond Wall Maria takes place months after the battle, but they’ve obviously had no sign of these three since. Are they still on the island? Have they returned to Marley to regroup?

As for the new ED, were those scenes we saw from the future or from the past?

But perhaps the biggest question of all, will I be able to make it through this one last hiatus without caving and reading the manga?

Have you seen “The Other Side of the Wall”? What did you think?