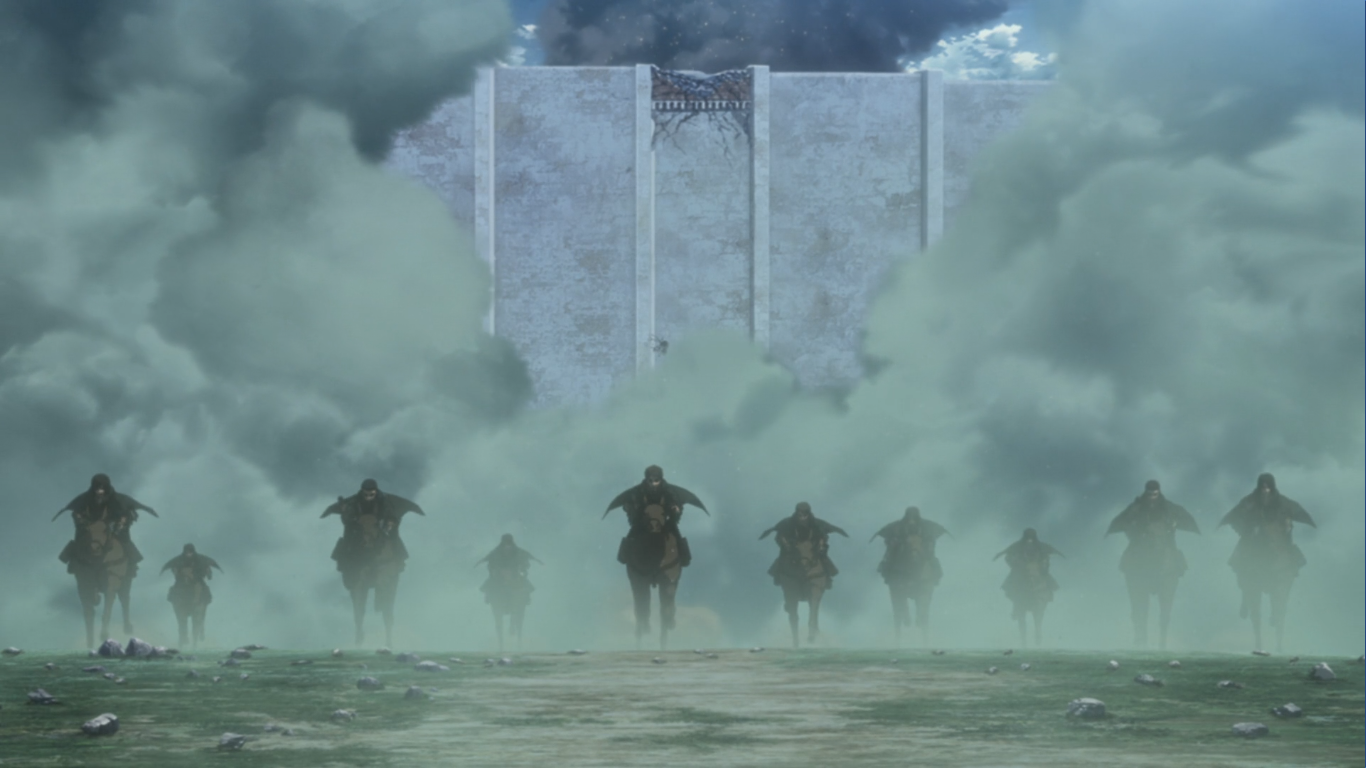 Wow. Attack on Titan is just churning out stellar episodes week after week. I suspect you’re going to hear me say “best episode ever” a lot when it comes to this season, because this arc so far has been phenomenal. I thought it would be tough to top “Perfect Game”, but “Hero” may beat it.

I love Levi. I will go into battle for this man. “Hero” features Levi at his absolute best. No one is more OP than this guy. Erwin’s distraction worked, and Levi was able to stealthily take down an entire row of Titans as well as get the drop on Beast Titan and essentially turn him into sushi. If I could screencap that entire sequence, I would, because it was absolutely amazing animation. But there was also Levi’s despair at having failed in the mission that Erwin gave his life for. Hiroshi Kamiya was just superb in this episode.

Honestly, all of Squad Levi was just on point this week. Mikasa, Jean, Connie, and Sasha taking on Reiner so that Eren and Armin could go after Bertholdt. I love the resolve in these kids, going after a former comrade, and really all of them, going to what is probably their deaths. And I definitely cheered when Hange appeared! 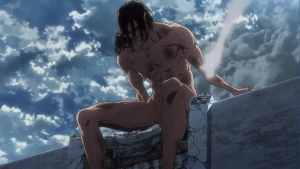 But of course, the big battle between Eren, Armin, and Bertholdt cannot be overlooked. After all, Armin is the titular hero, sacrificing himself in order to distract Bertholdt. I didn’t realize how attached I was to Armin until this episode, but that scene was devastating. Even with how gory and violent this episode was, that scene may have been the most difficult to watch. Excellent choice of music in that moment.

It was satisfying and poetic that Eren took out the Colossal Titan as a human with his ODM gear; Eren is baller as a Titan but since that’s how he does most of his fighting, he’s still behind the others as a Scout. Plus, he is the first person who took on the Colossal Titan way back in season 1, and the Colossal Titan is sort of the reason everything happened.

My only concern is that, with this much of the city damaged, will they even be able to get to the basement?

Now, Levi mentioned that the still have the serum. That means they could potentially save one of their fallen comrades. Who do they save?

Have you seen “Hero”? What did you think?