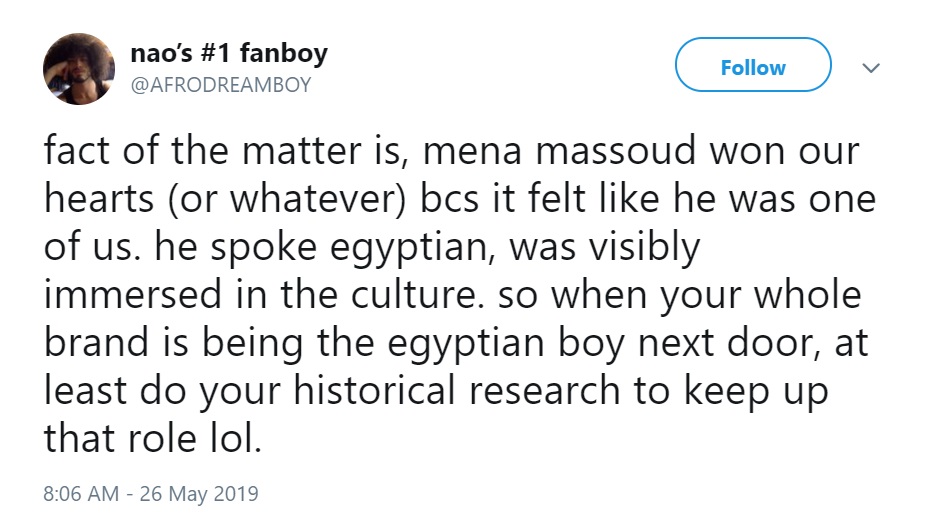 I have many issues with Disney’s live-action Aladdin. In my opinion, the film whitewashed and watered-down Middle Eastern culture to form a movie deemed palatable to the typical Hollywood audience. However, while Aladdin is fictional content, actor Mena Massoud found himself involved in a real-life example of cultural appropriation involving Palestine and Israel.

Cultural appropriation is an issue we still talk about because, unfortunately, we see fashion brands, celebrities, the music industry, and more continue to do so.

Recently, Mena Massoud, who plays Aladdin in the live-action adaptation from Disney, served an example of cultural appropriation involving Palestine and Israel.

I don’t know if Massoud actually doesn’t understand the gravity of the situation or if he is pretending he doesn’t, but the video shared by Twitter user @EgyptianWeekend will help you understand why certain people are disappointed about Massoud’s words and actions.

This snake decides to reinforce the idea that Israeli food consists of Hummus, Shawarma, and Tabboli when in reality, the food is Palestinian/Levantian.

His movie is trash. His Egyptian card is suspended indefinitely. pic.twitter.com/xIKLfvr9Li

Massoud also tweeted a justification and, in my opinion, it didn’t help matters at all. I’m not a big fan of educating others, especially celebrities (who have PR teams working for them), on serious topics in the age of Google. 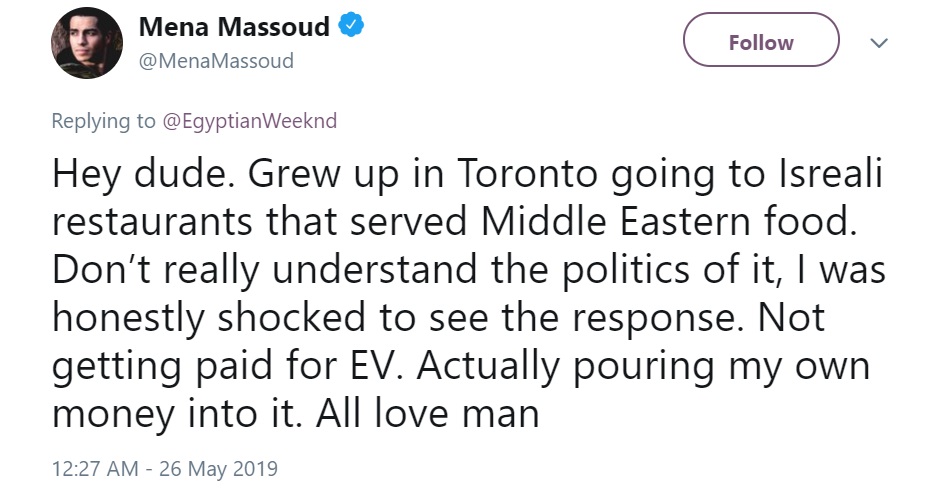 Massoud saying he doesn’t “really understand the politics of it,” comes across as a bad move, and frankly, insensitive, to me. Again, Google it, Massoud. Sigh! 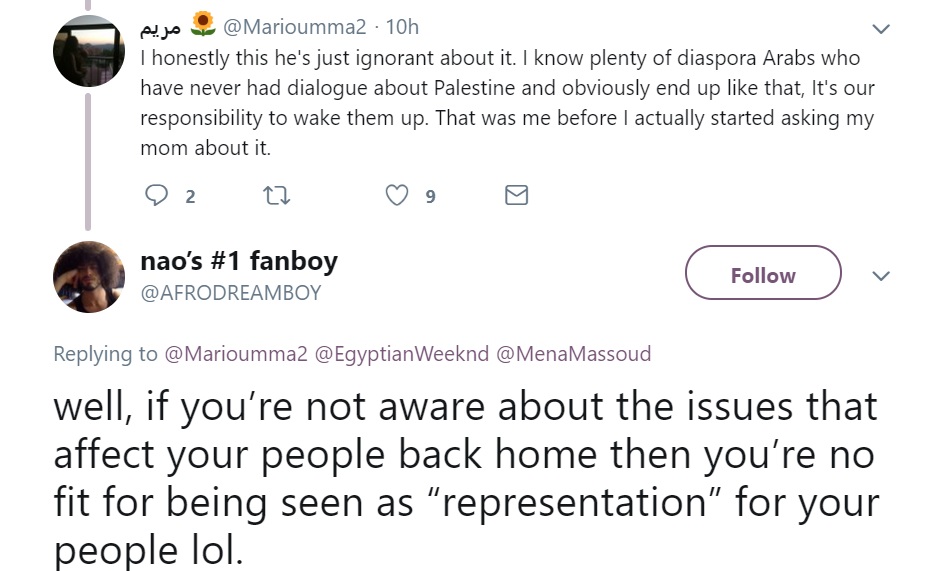 Coming back to Aladdin, the movie is a mess. One of the reasons being it equated Middle Eastern culture with South Asian culture (more specifically, Bollywood). It also subtly changed who Jasmine was supposed to represent by casting Naomi Scott.

Jasmine was Disney’s first brown-skinned Princess and she meant a lot to people around the world. Disney should have done a better job of casting her in the live-action adaptation.

While there are people who enjoyed the film, I can’t support it.

Take note, there is a difference between cultural appropriation and cultural appreciation. It is often a fine line, but it almost always comes down to intent. We encourage everyone to do their own research on this topic.

Previous:Sherrilyn Kenyon Talks About Writing and Her (Very Complicated) Life
Next: Attack on Titan 3×17 Review: Hero