Aladdin 2019: Not As Good As the Original, But Still Good 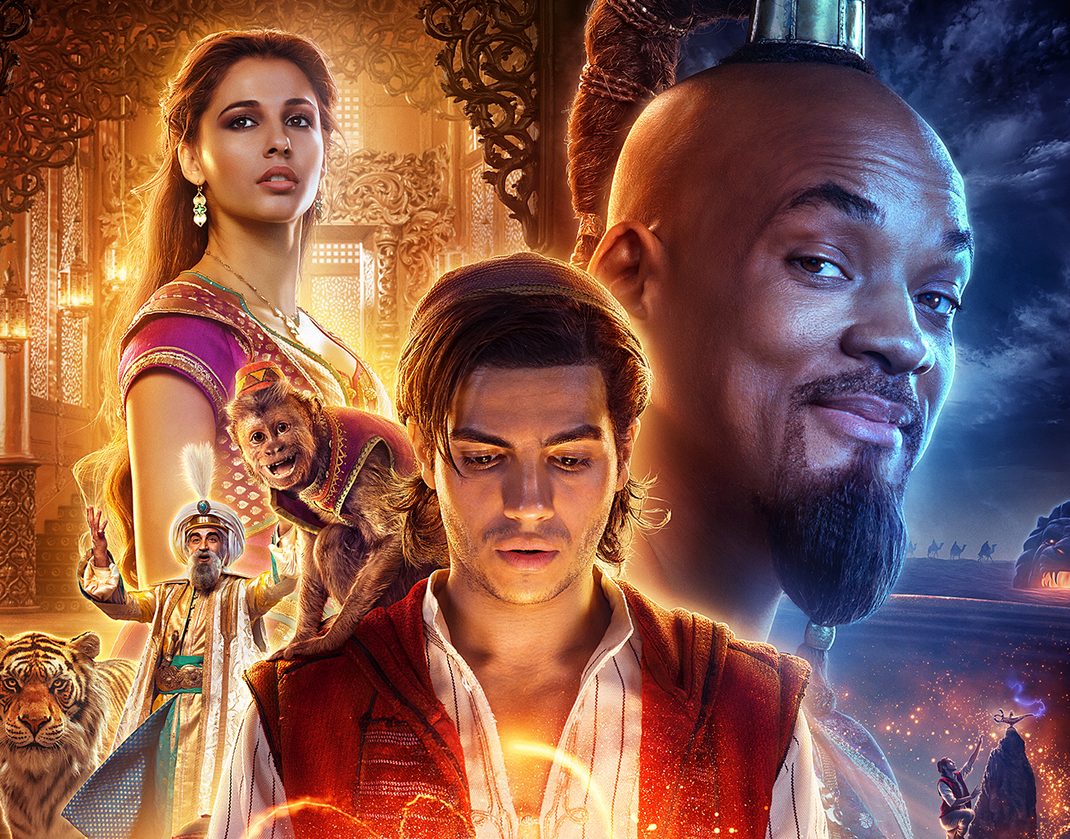 I am a HUGE Disney fan. I will shout that from the rooftops, and anyone that knows me well knows that fact about me. The original 1992 animated film version of Aladdin is still one of my favorite Disney movies. The colors, the music and of course, Robin Williams as Genie hooked me. I also appreciated that, for the first time, a Disney princess was a bit of a badass. But I was quite apprehensive about Aladdin 2019.

The remake has the same storyline as the original. Alan Menken returns along with help from Benj Pasek and Justin Paul (of La La Land and The Greatest Showman fame) to create the soundtrack for the remake. Some of the songs stay the same, but some are updated. For example “Arabian Nights” (sung by Will Smith) is now longer to help establish the setting for the film. Probably one of the most iconic songs from the original, “Friend Like Me”, has been redone to fit Will Smith better (more rapping and a small beatbox section). There is one new song in the movie – a song sung by Jasmine titled “Speechless”. This song is Jasmine’s moment to shine and is sung in two parts, once in the early part of the movie when she gets shot down by her father when she asks to become Sultan, and then at the end when she realizes she needs to take charge and fight for what is important to her.

I was a bit disappointed. I really wanted to love this movie as much as I loved the first, animated one. Will Smith is not Robin Williams and never will be. I tried to give him a fair shot, but his performance fell flat for me. Massoud did a good job as Aladdin, acting wise. However, it’s a Disney movie, which requires the actor to also be able to sing and that is where he fails some. For me, the standout of the movie is Naomi Scott as Jasmine. She can sing and act beautifully. Her Princess Jasmine is a true badass, fighting for her people and fighting to end the antiquated beliefs of Agrabah. In my opinion, she is the redeeming quality of this movie. Don’t get me wrong, the storyline is still great; the colors and scenery are amazing. It just isn’t as great as the original.

Overall, I feel Aladdin 2019 is a good movie to see if you are looking for a bit of nostalgia. Don’t expect the original. I would give Aladdin 3 magic carpets out of 5.