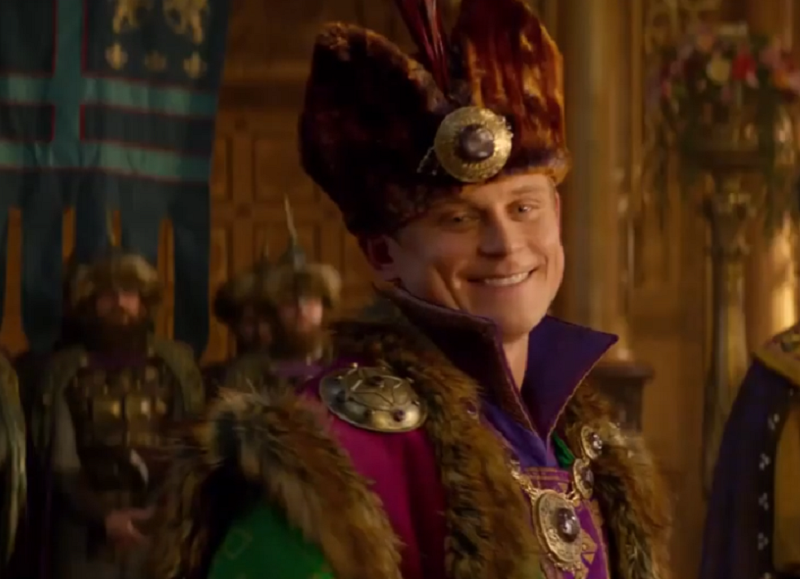 How many you watched Disney’s live-action Aladdin and thought Billy Magnussen as Prince Anders deserved a spin-off? I think we can all agree that no one wanted it. However, Disney+ is ready to give us more Prince Anders while leaving the entire POC cast of characters behind (at least, for now).

Now, I have nothing against Billy Magnussen. He deserves a fruitful career. And from what I can tell, he’s a delightful actor in his 30s. My issue is with Disney and the Hollywood machine as a whole. The news that Magnussen is going to get an entire show on Disney+ doesn’t look good, especially when Aladdin lead-actor Mena Massoud shared he hasn’t been able to land a single audition ever since the blockbuster film.

I mean, come on! Couldn’t Disney have cast Massoud in a role in some other project for the streaming service? Shouldn’t the House of Mouse be looking after its talent?

As for Prince Anders, the entire thing makes me want to continuously roll my eyes. The addition of a white prince in the live-action remake made no sense. And then going ahead and giving him a spin-off… what is Disney doing?

I guess, it goes to show that promoting a white Disney prince is always going to be easier for Hollywood. No wonder they decided to cast a white actor as Prince Eric for the upcoming live-action Little Mermaid remake.

Magnussen’s new project will have Jordan Dunn and Michael Kvamme (The Spongebob Movie: Sponge on the Run) on script duty. The idea for the spin-off came from Magnussen (because some white actors have access to industry doors like that). Aladdin producers Jonathan Eirich and Dan Lin are also attached.

I wonder what Magnussen thinks of his career’s trajectory. For those who don’t remember, he was also cast in the 2016’s biopic about Bruce Lee titled Birth of the Dragon. Hollywood had to create the white character that Magnussen played just to make the story palatable for certain white audiences, I guess?

Similarly, Prince Anders was a new white character that was created to be part of Aladdin because we can’t ever forget that white people exist.

What is the spin-off even going to be about? Will we see Prince Anders visiting different lands and proposing to various Princesses of color?

Anyway, I’m very disappointed with the optics surrounding this story. Someone give Massoud an audition for crying out loud!