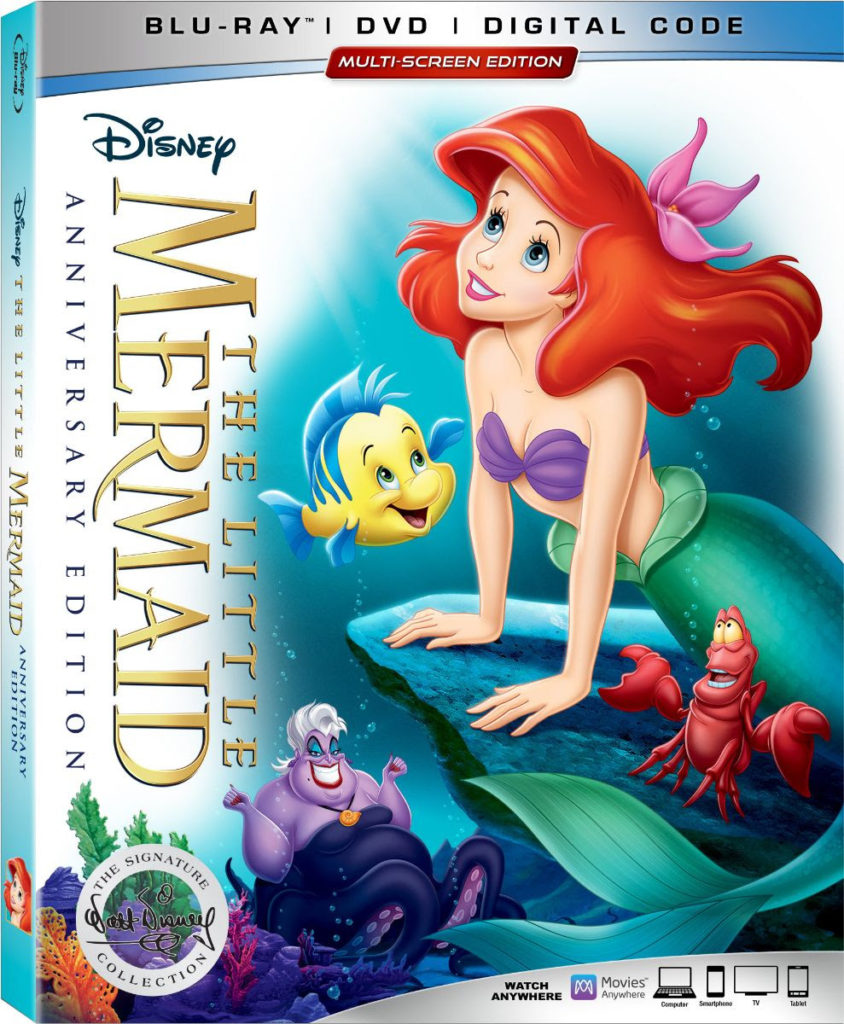 In honor of its 30th anniversary, two-time Academy Award-winner The Little Mermaid has been added to the Walt Disney Signature Collection. Currently available on Digital, 4K UHD, Blu-ray and DVD, the home release offers more than 3 hours of bonus features for fans to enjoy!

I was provided a free copy of The Little Mermaid Anniversary Edition Blu-ray Combo Pack for review. I bought the 4K UHD myself for a better comparison. The opinions are my own.

The Little Mermaid is a Disney animated movie I have rewatched countless times. I even got into trouble at school when I was in third grade for a drawing I made of Ariel (in her seashell top). My parents came to defend me and smiled in the faces of the outraged parents, and some teachers, who had no respect for artists. It was awesome!

I have read some opinions about how this Disney story doesn’t hold well in current times and you know what? I don’t care. Ariel wanted to become human way before Eric came into her life. So, it isn’t like Ariel changed because of him. Ursula (the best Drag Queen ever!) presented an opportunity and she took it. Being able to snag a prince in the process was just a bonus.

Does it have faults? Yes. But everyone learned their lessons and grew for the better. Let Ariel be happy with her husband and child.

As for The Little Mermaid Anniversary Edition of 4K UHD and Blu-ray home release, the front has the main artwork while the back has a short description and list of special features.

Some of you might already own the Blu-ray (1080p) version which was released back in 2013. The current 4K release presents this classic animated film in 2160p/HDR UHD. The change isn’t too drastic compared to the Blu-ray, but the UHD does offer more color depth. This film is a hand-drawn masterpiece and I still can’t get over how expressive Ariel is as a character.

The audio presentation is impressive, too. From the crashing waves to the dialogue and the songs, everything comes across very clearly.

You will find the extra features on the Blu-ray and the accompanying digital code. You will notice some of the extra features which were present in the Diamond Edition. The Sing-Along mode and the more than 3 hours of extra content are the biggest selling points for this current release.

As a Disney animation fan, owning The Little Mermaid Anniversary Edition is a must! There are a ton of extra features which you will definitely enjoy!