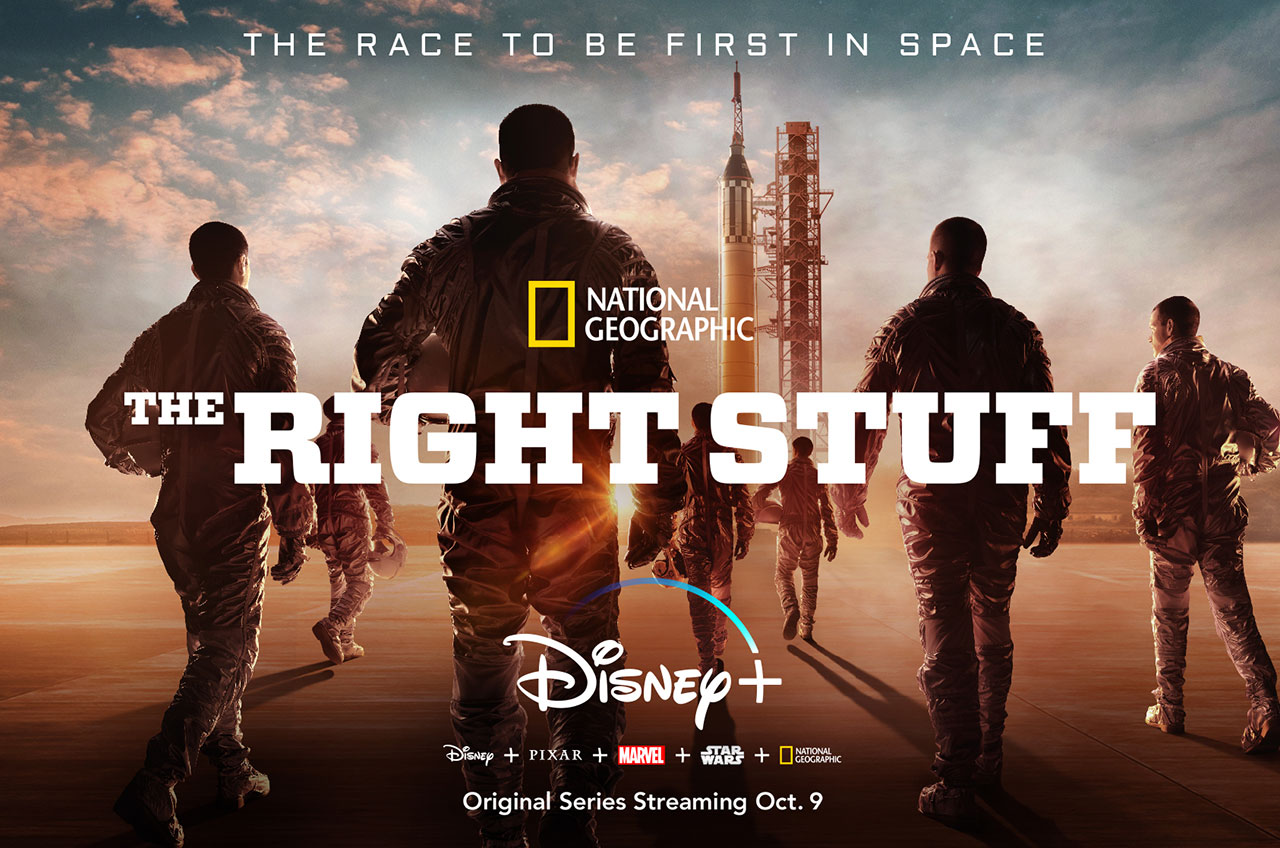 Disney+ and National Geographic’s ambitious new series The Right Stuff, based on the 1979 Tom Wolfe book of the same name, is a look into the beginnings of the the United States’ manned space program, particularly the seven men who would become its first astronauts. In order to put out a realistic show centered around the lives of fighter pilots, they had to call in some experts. That’s where Carl Pascarell comes in.

Carl Pascarell has been a pilot for decades. He’s logged over 41,000 hours of flight experience, including as a flight instructor, and is a decorated Navy pilot. Most importantly for the crew of The Right Stuff he was a civilian test pilot, which is what many of the early astronauts were before they joined NASA. I got the chance to talk to him recently about his role as a consultant for the series.

“After I left the Navy, I got a job with the airlines, which is the last thing in the world I ever wanted to do,” Pascarell said when I asked if he’d ever thought about becoming an astronaut himself. “But it […] led to me becoming a civilian test pilot on five different projects. […] I sort of skipped over that idea of […] being an astronaut. And I can’t figure out why, except to say that I was having so much fun doing what I was doing that I didn’t give too much thought to that.”

“If I had to do it again,” he goes on, “knowing what I know now, I definitely would have pursued that.”

It’s that experience that landed him his first gig as a consultant for The Right Stuff. Although in true Hollywood fashion, it’s more about who you know than what you know. For instance, Carl Pascarell has known The Right Stuff’s executive producer Jennifer Davisson Killoran since she was a teenager, being friends with her father. In the midst of production she called Pascarell up “out of the blue” to invite him to check out the set.

“Having never been involved with any kind of movie work, I found it fascinating. So I went.”

That initial invitation is the only time Pascarell was ever on the set, providing most of his expertise over Zoom as he discussed specific video clips with the crew.

Pascarell said that he was both flattered and surprised by the process. He had nothing but praise and respect for the people working on the series, who he described as being very open to commentary. (He was hesitant to call it ‘criticism’.) “They were so interested in accuracy that they were interested to hear anything I had to say […]. They were super open about it, and they incorporated most of what I had to say.”

Consultants are generally brought onto a project to help with authenticity. In Pascarell’s case, he mentioned a few times that he had a lot of comments on the script – essentially, how the characters would say something. “At one point, a guy was talking about leaving the flight test field and going into something more mundane and safe. And he said, ‘Maybe I could be transferred to C-131s.’ Right. But he would refer to them as a 131, not a C-131. That’s too formal. Little things like that.”

For those of us not in the industry such things wouldn’t even register, but it’s always reassuring to know that a production wants to be more authentic in the way they present their characters. I’m sure we’ve all been thrown off by a particular slang term being used when it shouldn’t be, and no doubt many of us have watched at least one show or movie portraying our profession and gone, “That’s not how that works.”

It wasn’t just the little things that Carl Pascarell was able to help with. For example, as a pilot he is very knowledgeable about how planes behave in various conditions. “A picture of a plane going out of control because of some instrument problem, and the airplane would not behave like that. It would look differently.”

“Trying to get the visual effects guys to get that thing right was kind of fun,” Pascarell continued, describing surely one of the biggest challenges of being a consultant on a series like this, “because I had to do it through words or using my hands.”

Sometimes it would take multiple tries to get a scene right. He would be sent a scene more than once, sending back his notes on what needed to be changed each time in order to accurately portray, for example, the afterburner on a jet or how an aircraft looks from another aircraft when it’s going supersonic. But the persistence paid off, according to Pascarell, because, “At the end of it all, it was beautiful. It was perfect.”

“I’m assuming people watching it are as picky as me,” Pascarell said, “and I can almost guarantee they aren’t. […] But I commented as if there was an auditorium of people as picky as me.”

Honestly, I think he underestimates just how picky many of us can be, but the idea, he went on to say, was that he wanted there to be very little about the series for people to latch on to and think, “Oh, that’s not how it really happened.” “Nope,” he said. “That’s pretty much the way it does happen.”

“They wanted to get it right. Period. And I like that. […] And they were open and honest about accepting or not accepting what I had to say.”

Wolfe’s book also inspired a 1983 film, but Pascarell thinks that a great thing about the Disney+ series is that they are able to go into more depth. There is much more time to work with in a television series than a movie, so you get to explore more of the characters. “You’ve got ten times the amount of time to look at who these people really were and to make them more complete.”

And, lest we forget, the characters in The Right Stuff were real people. Pascarell appreciated that the series delved more into the lives of the astronauts outside of NASA, like their problems at home, their interpersonal relationships, or the politics behind everything. “It all was much more fascinating to me than either the book or the movie because it took the time and had the time to develop these things.”

The Right Stuff is currently streaming on Disney+, with new episodes dropping every Friday.

Thanks again to Carl Pascarell for taking the time to speak with me!