First of all, no, we don’t have an exact date for when the main Disneyland park will open quite yet. However, they will be reopening Buena Vista Street on November 19th, which is a small section of Disney’s California Adventure that functions similarly to Main Street USA in the main Disneyland park. Instead of framing this as part of the theme park reopening, however, they are stating that it’s simply an extension of Downtown Disney, which reopened on July 9th. 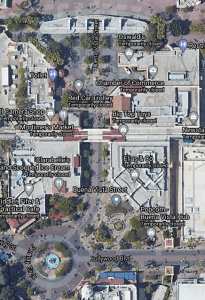 Technically this means part of the theme parks in California will be open to the public, however, a ticket won’t be required to access this portion of the park. I suspect they’ll block off the rest of the part with a rope or more sturdy temporary walls to keep guests corralled in the Buena Vista Street area. There are no rides located in Buena Vista Street, so it really will just function as a dining and shopping extension to Downtown Disney that just happens to be on the other side of the turnstile.

I’m pretty conflicted about this because I personally know a lot of people who have been laid off either by Disney themselves or by some of the numerous businesses nearby that rely on the tourism the parks bring in. But on the other hand, we have been consistently hitting record numbers of coronavirus cases in the United States. California, in particular, is seeing a spike. But I suppose at the end of the day this segment of the park meets the current California guidelines and gets a few more people back to work, so it’s better than how Florida handled Walt Disney World’s reopening. I’m still amazed that Walt Disney World is continuing to function.

Theme parks can’t actually reopen until California reaches tier 3 or tier 4 of their guidelines, and they aren’t quite there yet. So, for now, most of the actual parks themselves will remain closed and the local economy will continue to feel the repercussions. You can check what type of activities are allowed via their website to gauge when that might happen.