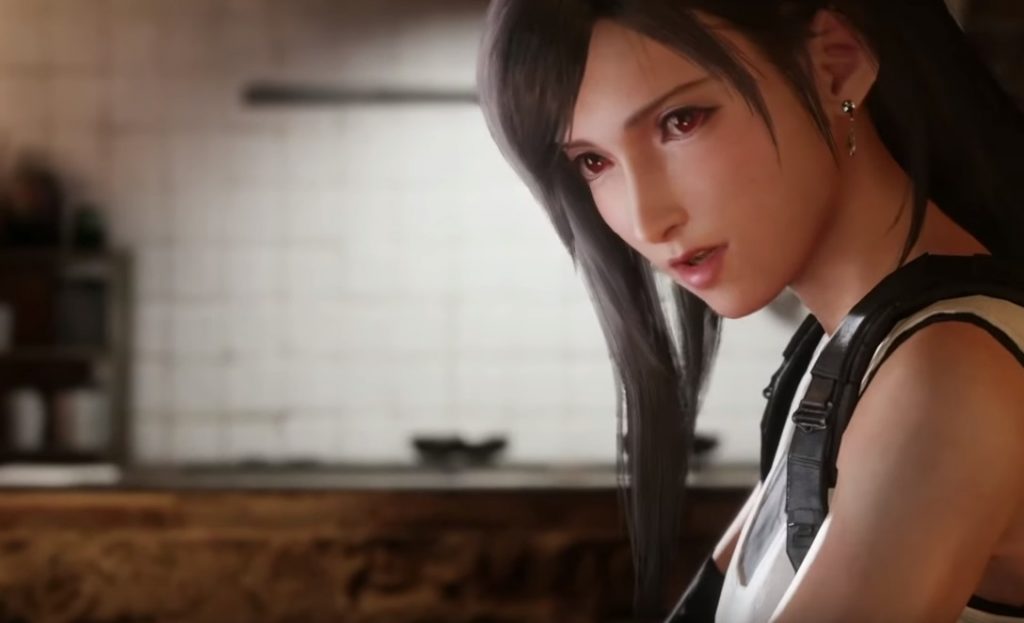 If you have been keeping up with FF7 Remake developments, the most talked about topic seems to be Tifa’s chest size. Certain people aren’t happy about how the fictional woman was redesigned to apparantly have smaller breasts in the upcoming game, and all I can do is sigh!

Certain fans took issue with a translated Tetsuya Nomura interview from Famitsu regarding how Tifa will look in the upcoming Final Fantasy VII remake.

Apparantly the Square Enix ethics department asked the developers to “restrict” or “constrict” Tifa’s chest. Of course, certain words in the interview were taken out of context with many saying designers being told to lessen the size of Tifa’s breasts was creative censorship.

I mean, come on! Seriously, you’re going to try and play the ‘creative censorship’ card?

What is wrong with Tifa, a fictional game character, wearing a proper support bra so her breasts don’t flop around? 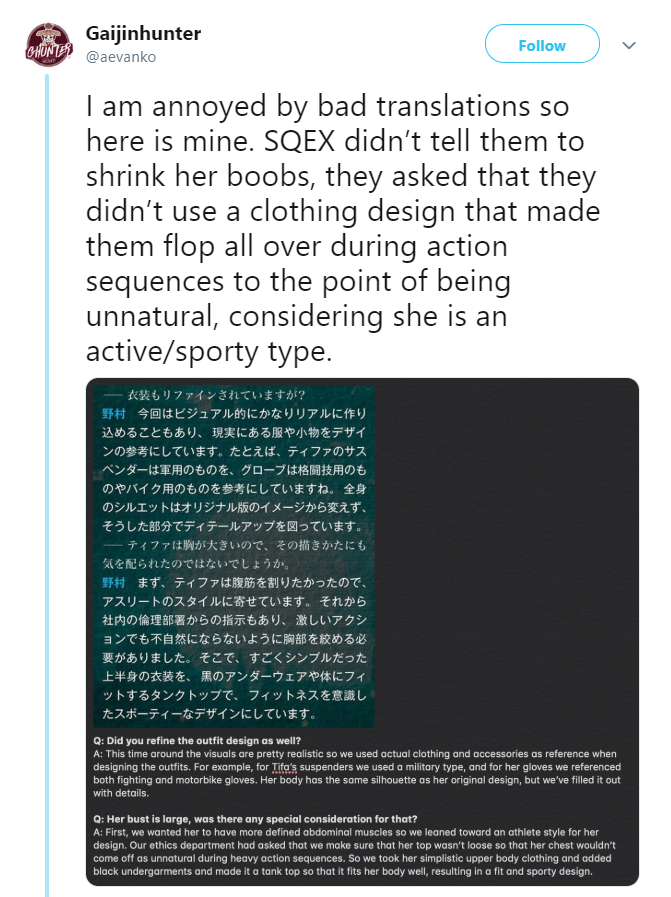 I’m not saying the entire gaming community is filled with perverts, but if someone is seriously taking issue with the game because Tifa’s breasts aren’t big enough (especially on a comparatively smaller body), I don’t know what to say to you.

I don’t like fictional women being blatantly objectified in any form of media. And yes, putting extra large breasts on smaller bodies is objectification meant for the (problematic) male gaze.

I don’t have breasts so I’m not an expert. However, IGN’s Casey DeFreitas wrote an interesting piece on Tifa’s chest size and why she needs proper support.

It’s kind of funny to see how breasts, flopping in the wind during action-sequences, is all good for some men, but when you talk about how breasts continue to be objectified in the gaming community and how they should move (in games trying to be as realistic-looking as possible), certain people don’t want anything to do with such a discussion.

Again, if you think Tifa’s worth as a fictional character all comes down to the size of her breasts, I don’t know what to say except loudly sighing in your direction.

The Final Fantasy VII Remake is set to be released on March 3, 2020.