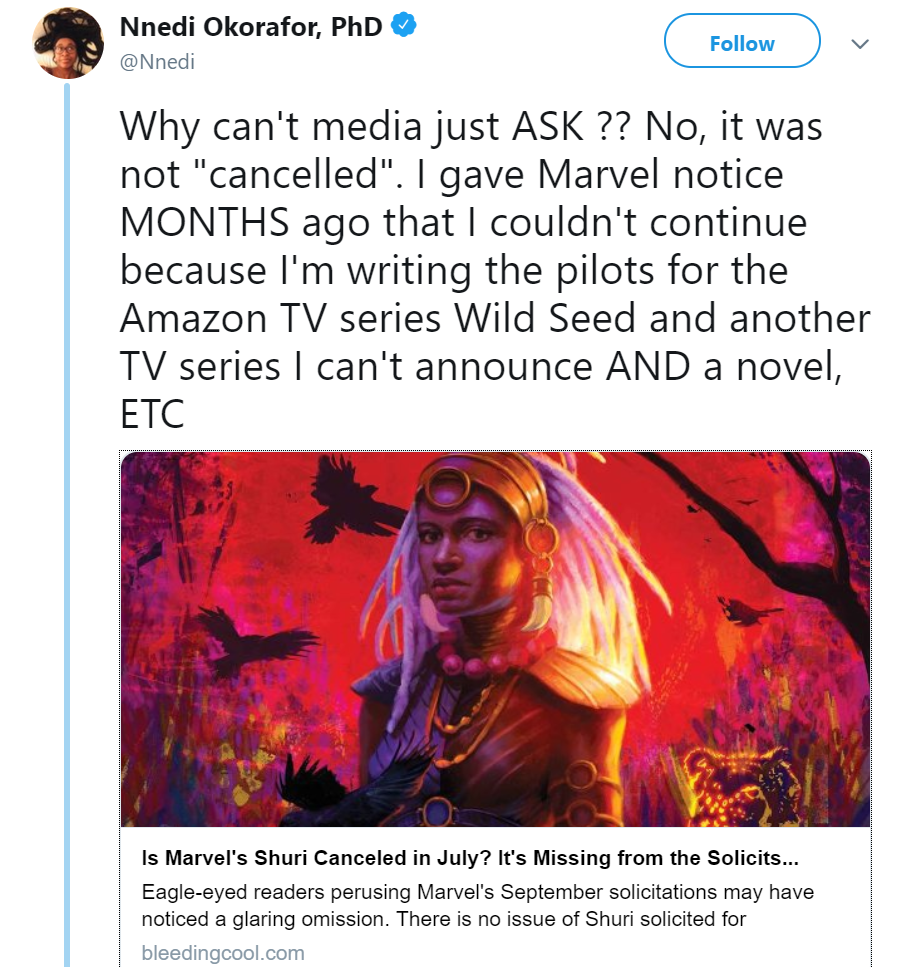 The comic book industry is no stranger to online hate, especially when the titles involved are solo runs featuring fictional women. Marvel’s Shuri recently experienced something similar, and Nnedi Okorafor, Ph.D. took to Twitter to set the record straight.

I’ll be honest. The current Shuri run isn’t one of my most favorite comic book series out there, but I do find it strangely enjoyable. I’ve read every issue and I was hoping for this series to continue. It offers an interesting story about what Shuri and Storm had been up to while T’Challa was lost in space (during Coates current Black Panther run).

Bleeding Cool, after going through Marvel’s September solicitations, wrote an article about Shuri getting cancelled. The title was click-bait, but then again, it’s tough to find non-click-bait titles online these days.

The article led to Okorafor using Twitter to explain the situation about her comic book’s status. 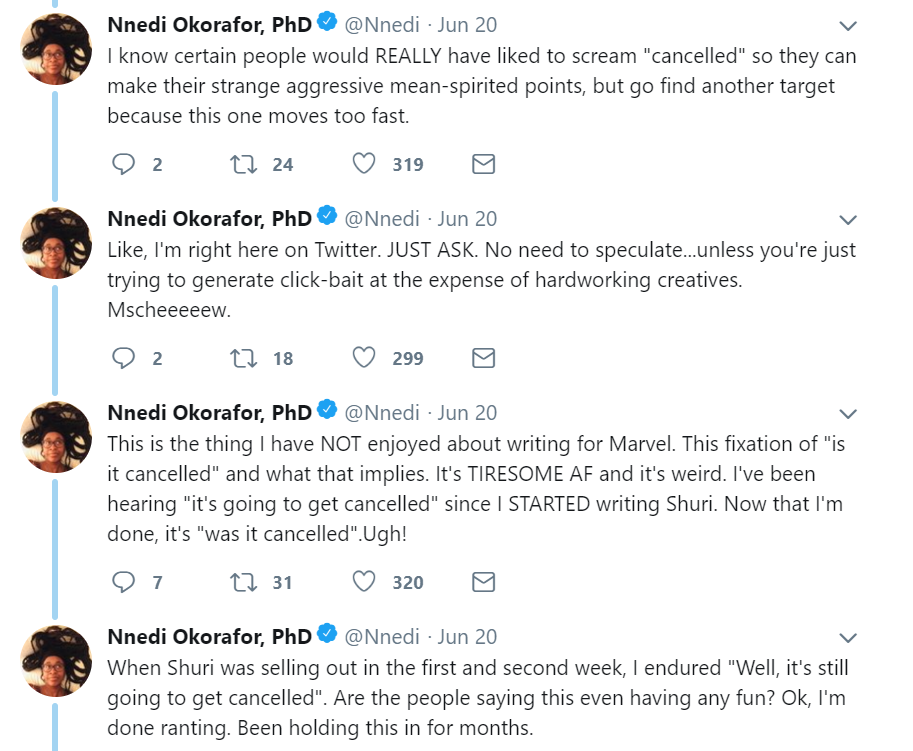 As far as my opinion is concerned, I do think it’s important to understand the distinction between a comic book coming to an ‘end’ and being ‘canceled.’ With Okorafor having numerous other projects, it makes sense for her to bring her Shuri story to a close the way she wants to.

Now, if the series was indeed canceled, she would have tweeted something different. You know, the usual fare where the writer talks about how much fun they had working on the book with their team and how they hope to return, and stuff.

I understand why Bleeding Cool originally wrote what they did. But then again, as Okorafor said, perhaps ask her about her book’s future instead of writing a completely speculative article?

Putting the word ‘canceled’ just for creating online drama feels low to me. Especially when that word is being used for a fictional woman-led title.

Don’t get me wrong, the comic book world is competitive, with Marvel and DC requiring big sales numbers. However, in my years of analyzing the comic book community, I do see certain readers who want particular titles (featuring women, diversity, etc.) to be unsuccessful right out the gate.

Furthermore, fictional men-led solo comic book titles get canceled yet seem to come back constantly. But women-led solo titles aren’t only a few in number but don’t get a lot of second chances if sales are low.