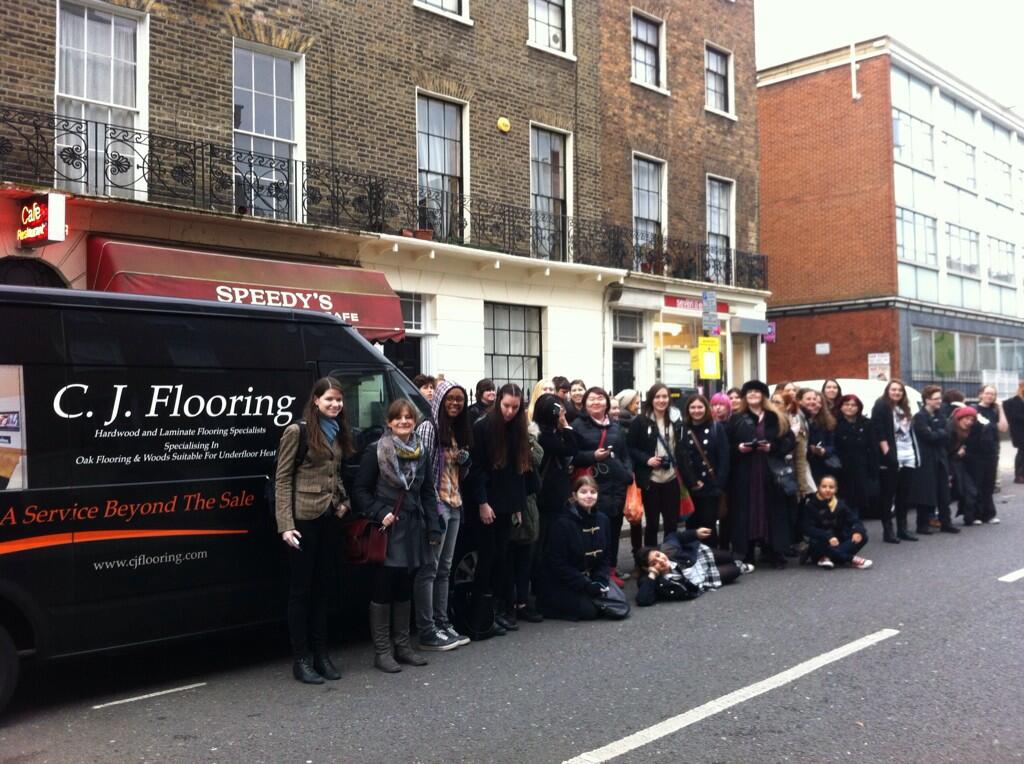 While many Americans were getting up early to head out for Black Friday deals, those of us with drastically nerdier interests were glued to a lonely little traffic cam across the world and tracking numerous tags across social media waiting desperately for the Sherlock airdate to be announced. The #r3spects and #SherlockLives tags on Tumblr and Twitter were filled with fans freaking out about cars, pedestrians, and other completely normal city behavior waiting for a “certain vehicle containing special news” as Mark Gatiss so lovingly put it.  That “vehicle” ended up being a hearse with the premiere date written on it.

The exact location of the hearse was tracked by dozens of individuals and rumors of the release date began to fly rapidly.  People were set up at St Bart’s, fans lined the streets taking pictures, and us remote viewers clung to our webcam feeds and hoped it’d capture the show we were so desperately waiting for.  The live updates from our intrepid social media gurus across the pond (many of them from the #Setlock crew that we’ve grown to know and love) slowly began to descend into madness as they stood on the sidewalk freezing to death waiting for a car with numbers to drive past. 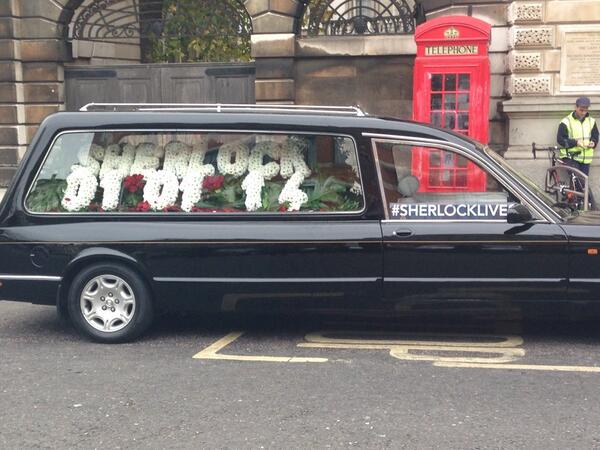 For full Sherlock spoilers, check out our Sherlock Spoilers Masterpost.  We’ve been following the updates from the set since March.  Giant thanks again to those of you who have braved the cold, wind, and rain over the past few months to make these updates possible.