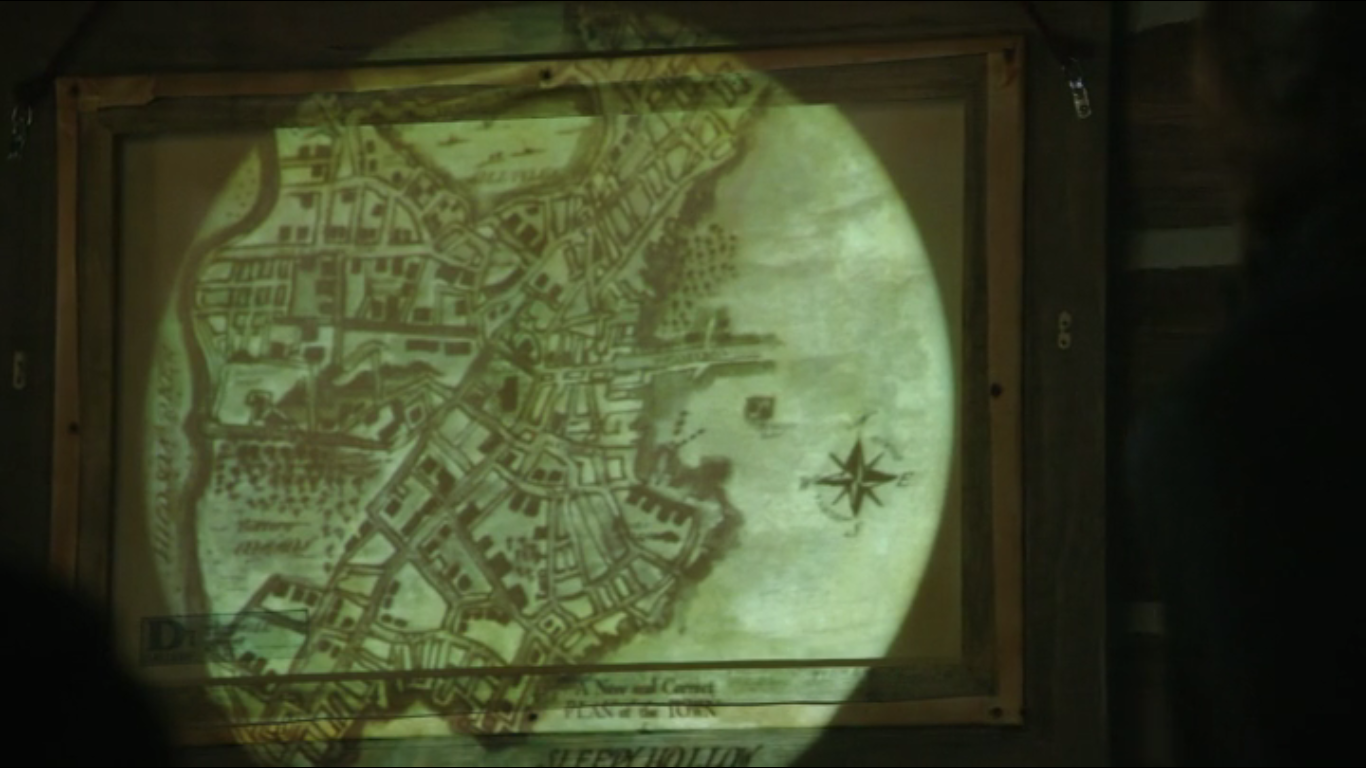 Another week with steady character development, expansion of the show mythology, and adorable Ichabod vs. the modern world moments. Sleepy Hollow is developing into a lovely little show that I’m looking forward to every week.  I hope it keeps up the steady pace.

In this week’s episode we get more of a backstory for Abbie and Jenny. Their father left when they were young and their mother had a mental breakdown, which put her into a mental institution. They were both put into foster care, but Jenny bounced around much more frequently than Abbie did. She also bounced around to various countries around the world as an adult, many of which don’t exactly have a reputation for being the most lawful of places in the universe. The picture is becoming much clearer and Jenny is beginning to emerge as a very well rounded and deeply interesting character. Even Ichabod is beginning to appreciate her “freedom fighting” ways, much to Abbie’s chagrin. I definitely understand where Ichabod is coming from. When she told her story about being trained in Mexico I was pretty much instantly signed up for Team Jenny.

Ichabod’s interaction with the modern world continues to amuse me immensely. Him giving the OnStar (sorry… “NorthStar”) lady advice over the phone was adorable and a wonderful way to start the episode. Not only is Ichabod trying to navigate this strange and unfamiliar world, but those who he touches are trying to navigate him as well. He’s not like people from this time and people seem unsure of how to deal with it. In this case he reduced a woman to tears with what was probably a pretty typical and simple call.  He called her for help and they ended up having a deep heart to heart.  I’m not sure either of them saw that coming, but the old fashioned and gentlemanly way he interacts with people just sort of lead him down these interesting paths. 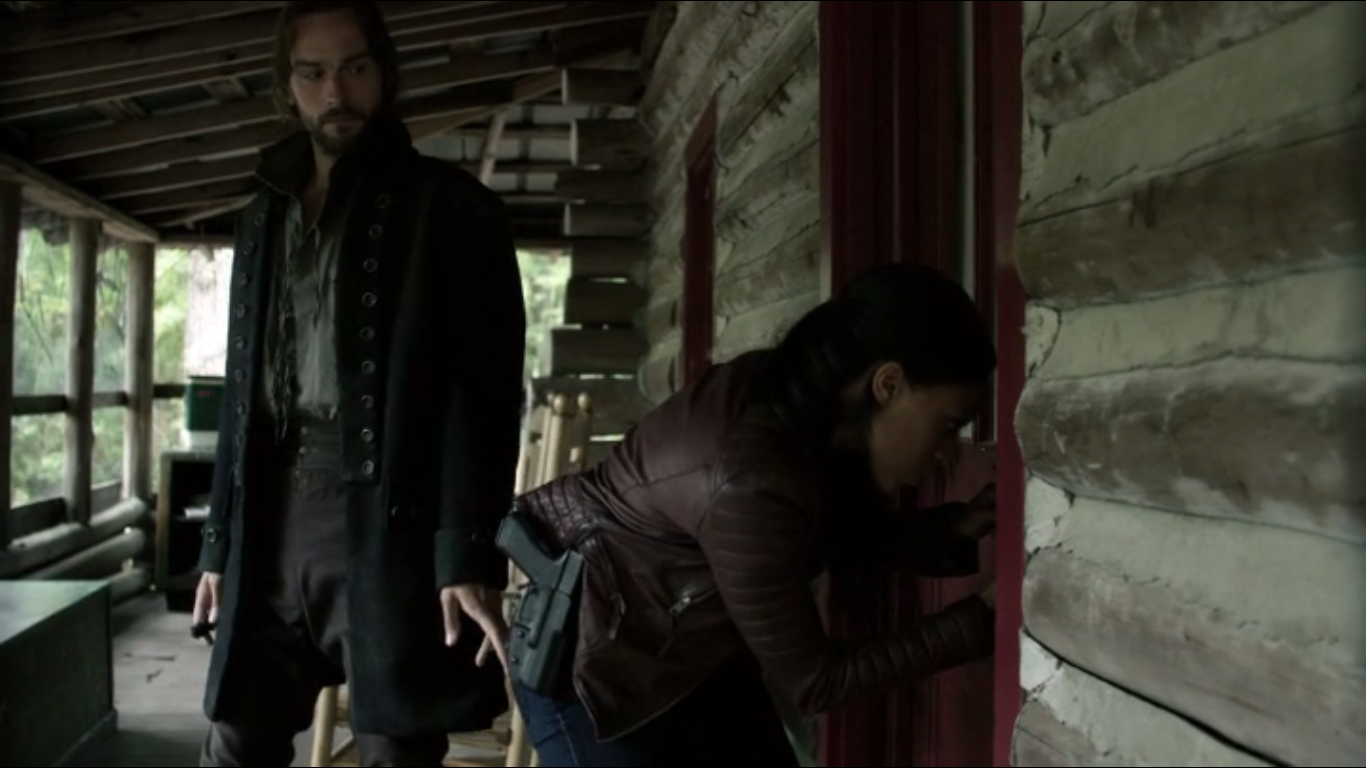 Ichabod and Abbie’s friendship is one of my favorites on TV right now. When Ichabod said, “what delinquency can we perpetuate if we really put our minds to it?” after Abbie jimmied the lock open, I laughed pretty hard. Then he smirked and she smiled and, well, I’m pretty darn pleased with the whole thing. I’m not certain if they’ll take their friendship down a romantic path, but I’m enjoying the platonic nature of it and hope that the writers continue to foster it. In my opinion, the best romances begin with incredibly strong friendships, so even if it does go down the romance path, I feel a strong foundation of trust and comfort between them is an absolute must.  And so far?  Pitch perfect.

This episode also took us down the good old “American history” path again. Kind of par for the course considering where the male protagonists came from, I suppose. We learn that the Boston Tea Party was just a ruse to grab a valuable artifact off the ship. This is verging on National Treasure “we must steal the declaration of Independence” territory, but for some reason I’m still entirely on board with this. They are taking all these little tidbits of US history and throwing them into a crazy supernatural mystery and it’s sort of cheesy, but I love the characters so much I’m not at all put off by it at all. Even the cliche cyanide pill didn’t make me flee in terror.  So good job, show. Well done. 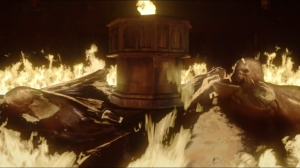 The mythology of the show continued to be expanded upon this week. We’ve now learned that the big bad is Moloch, an ancient Canaanite deity whose key feature was child sacrifice. According to Wikipedia, parents would offer their children up to the deity through fire. Indeed, fire was used in this episode when they first started the ritual to summon him, but blood appears to have been a good enough sacrifice for the purposes of this show. The effects during the summoning scene? Horrifying. This show is turning out to be one of the most visually unsettling shows of the season.

Overall I’m impressed. It’s not my favorite new show of the season yet, but that’s only because not everything has premiered. It definitely has the potential to be the best new show as long as it keeps up the quality character development and interesting relationships. If they drop the ball on that front, the cheesiness of the mythology might start to show and I might not be as deeply invested. Quality characters are key when it comes to this genre, so fingers crossed the quality remains high.

Previous:Once Upon a Time Episode Review: Lost Girl
Next: Twitter and TV Ratings: Nielsen Catches Up With Technology